By Walter Thompson - Published on June 05, 2015.
San FranciscoInner Sunset
Because the new Quickly location at 716 Irving Street failed to obtain a conditional use permit for a chain retail store, Planning has followed through on its enforcement action from earlier this week. In a letter sent Wednesday, the city agency ordered the shop to close down until the proper permits are complete. City regulations require businesses with more than 11 locations to apply for a conditional use permit, but planners claim that Quickly misrepresented itself as "Irving Cafe" and checked a box on one form declaring that it was not a Formula Retail Establishment. 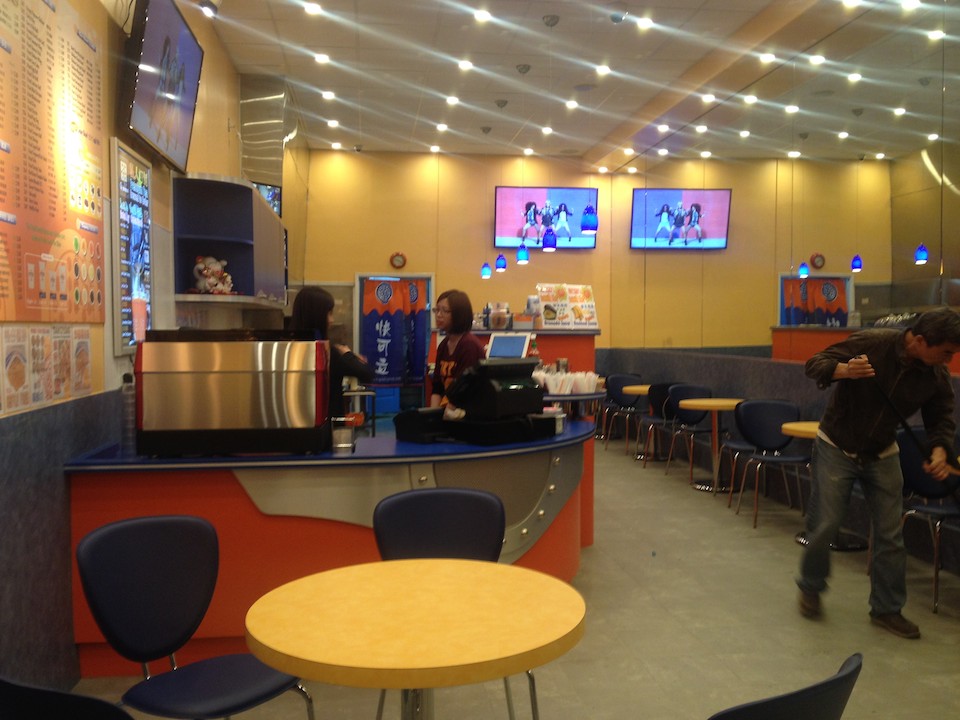 To comply with the enforcement notice, Quickly must close immediately and has until June 18 to apply for a new conditional use permit. Planning has also asked the Department of Building Inspection to revoke Quickly's permit for retiling and painting work that has already been completed, and has cited the store's prominent signage as another code violation. Planning has also asked the Health Department to revoke the shop's operating permit.

If the other agencies accept Planning's recommendations, Quickly will need to apply for new permits from them before it can legally operate.

Typically, businesses are allowed to remain open while enforcement actions are pending, but the department is taking a hard line with Quickly. Besides working to get the health and building permits revoked, Planning may hit the owners with a fine of $250 for each day of violation and can charge $1238 to cover the cost of investigation and enforcement.

Even after receiving a notice to close, the store continued to operate as part of its soft open, with an official grand opening is scheduled for this Sunday.

David Zimmerman, president of the Inner Sunset Merchants Association, said neighboring businesses weren't notified that Quickly planned to set up shop inside the space occupied by Irving Street Cafe for 26 years, and noted that a sign for the cafe remained in the window throughout the renovations.

"We knew something was going on with the space, but with the signage and the rumors, we thought it was just going to be a refurbishment," said Zimmerman. "As soon as the sign went up, we realized something was awry."

Although ISMA doesn't include many formula retailers as members, Zimmerman said his organization isn't automatically opposed to all chains. "We certainly don't fight every formula retailer that tries to come into our neighborhood, but we want to make sure that if they come in, they're a good neighbor."

"The [Quickly] corporate entity came in really underhandedly," said Zimmerman. "There was zero indication with Planning and with us about what they were doing. Neighbors looked up one day and there was a massive sign that they had no idea was coming." To come into compliance, Zimmerman said Quickly "should go back to the beginning of the line and go through the proper process. They can't circumvent the entire process."

Vallie Brown, a legislative aide for Supervisor London Breed, said the office started received messages from constituents as soon as Quickly opened. According to Matthew Dito, a member of Planning's code enforcement team, his agency will "discuss our options about to handle Quickly" to "make sure each location has proper entitlements" after the situation at 716 Irving is resolved.

And yet, many customers don't appear to be taking notice of Quickly's legal issues; when we visited this week, the store was serving several customers, and it has appeared to have been drawing people in since it opened on Sunday.

"It doesn't need to be shut down and thrown away, but it still needs to go through the proper planning process, like any neighbor," said Zimmerman. "Whatever type of business you are, we'll welcome you to the neighborhood, but we want you to communicate with the neighborhood."

San FranciscoInner Sunset
About 16 hours ago