Tapping In With Brendan Heath Of Whiskey Thieves

Brendan Heath knows his way around a bottle of whiskey. A connoisseur of the brown spirit, he enjoys working at what's probably The Tenderloin's most well-known whiskey haven, Whiskey Thieves, where he's been behind the bar for the past four years, working Wednesdays through Sundays. (He's also worked at Thieves Tavern, Dear Mom, and Black Cat, which share owners with Whiskey Thieves.) In the latest installment of our Tapping In series, we asked Heath about tending bar in the Tenderloin and the changing face of the neighborhood.

"I'm from Taos, New Mexico, in the far north of New Mexico. I've traveled around a lot. I moved to San Francisco about four and a half years ago from New York City, so it was just another city to try out, and I like it here an awful lot."

Tell us a little bit about your background working in restaurants and bars.

"I've been a bartender for about nine years at this point. I worked in New York City at a little bar in Park Slope, Brooklyn. I was trying to open my own bar in New York, but eventually that failed, because investors suck. But I moved out here, and have been bartending out here at Thieves Bars ever since." 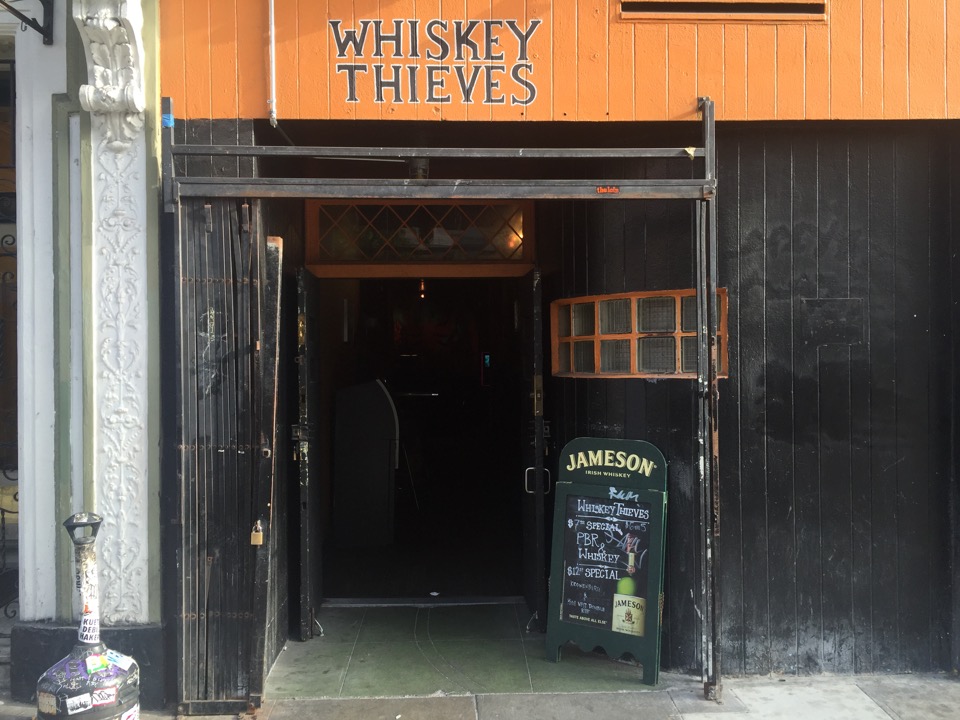 What's it like being a bartender in the Tenderloin?

"Ah, being a bartender in The Tenderloin. It's interesting. For the most part, we get like ninety percent regulars and artists and professionals who live around the neighborhood. They come into the bar and we all know each other and that kind of thing. You get some people from conferences and stuff like that, that come out because we have good whiskey.

And then, you get the crazies that walk around The Tenderloin, which is always interesting. At this point, we've been around long enough that they generally try not to mess with us too much. It's alright, it's not too crazy. We don't get too many crazy terrible crackheads coming into the bar, but they are around."

How do you handle that, when it does occur?

"For the most part, we kick them out if they're being crazy, and try to be nice if they aren't. But it's no worse than throwing a drunk bro out of a bar in the Marina. It's just a slightly different look, I guess."

Is whiskey, in fact, the devil?

"Yes and no. Whiskey is the best liquor, obviously, because there's more variation in it than just about any type of liquor out there. It's like red wine. 'You don't like whiskey? What are you talking about, you don't like whiskey. You just don't like the whiskeys you've tried.'

But it's easy to go overboard. There is such a thing as drinking too much whiskey, and drinking just whiskey in an evening can lead to being a little bit rowdier than you might otherwise be. As with most things that are both awesome and bad for you, whiskey is good and bad. So, yes, it is the devil, yes." 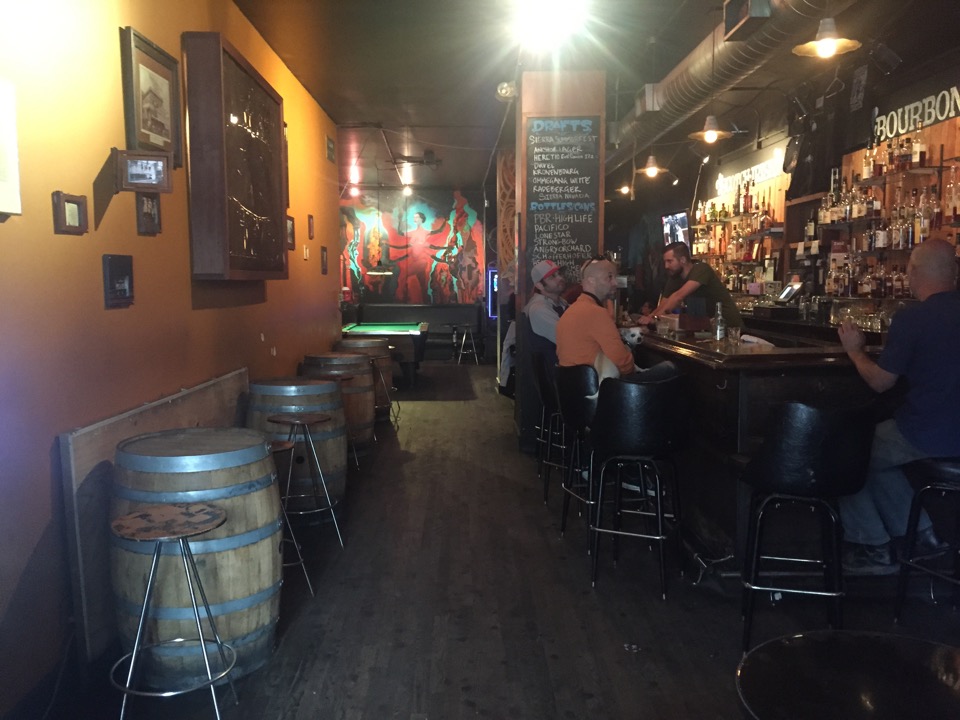 What's your take on the changing landscape of the Tenderloin?

People don't necessarily want to move here, but these days, they can't afford to, even if they wanted to. I haven't seen a whole lot of gentrification, although there are more businesses that are actually successful for more than a month or two, and that's a good thing, generally. There are obviously some bars and restaurants and things that are catering to a richer crowd, but I haven't seen it be necessarily a bad thing for the Tenderloin so far. It isn't pushing low income people out of a house to build condos, it's fixing up a building where the slumlord landlord wouldn't fix the boiler and making those apartments actually livable."

"Certainly, although I never found the Tenderloin to be especially dangerous at night. It's sketchy, sure, but there aren't a whole lot of muggings or stabbings or that kind of thing. I've seen more of that in 'good' parts of the Mission than I do up here. There's still a lot of crackheads and hookers wandering the streets, but they are pretty harmless, for the most part, and aren't really bothering people outside of occasionally verbally." 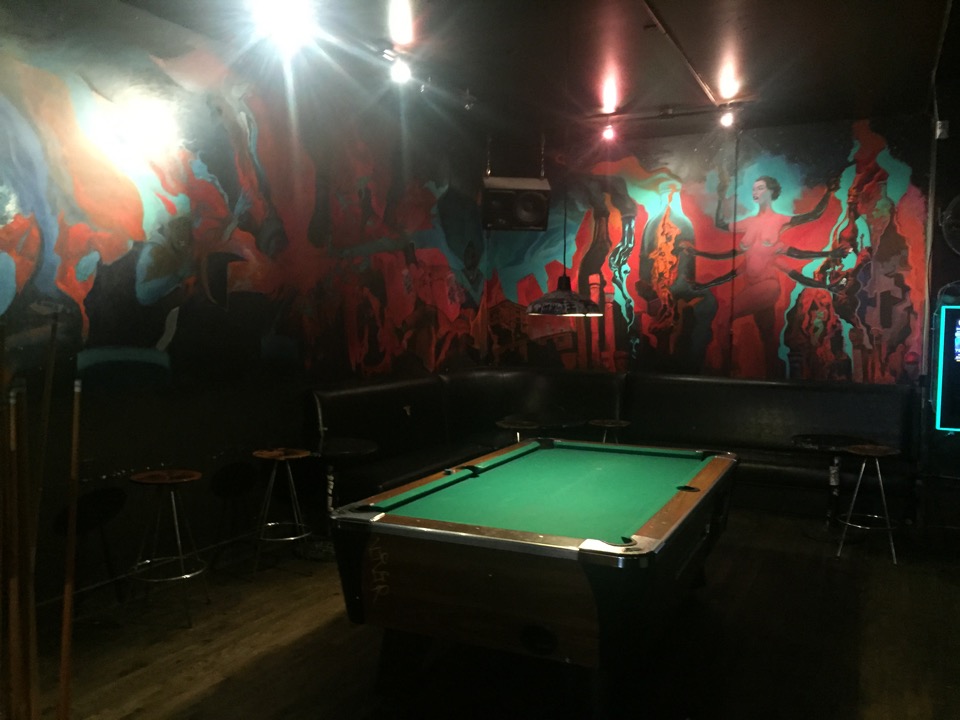 What do you do when you're not here?

"I spend a lot of time wandering around the city. I have a motorcycle; I take rides around. I also have a business on the side doing leatherwork, so that takes a lot of time.

"Terminus Est Leather. We have a website and everything. I make heavy-duty belts, that kind of thing. It's good to have something on the side to keep your hands busy, otherwise you spend a lot of your time just drinking. Not that that's always bad, but it's good to have lots of things in your life."

For more Tapping In with local bartenders, get to know Patrick Connolly of the Independent, Giday and Nebiat of Waziema, Michael Wieck of Bar 821, Caleb McGehee of Nopa, Chris Libby of Madrone, Racquel of The Page, Remy Nelson of Mojo, Andy Mott of Royal Exchange, and Martin Kraenkel of Molotov's.