Last month, we asked readers to nominate local people, businesses and organizations that are doing good in their communities for recognition here on Hoodline. This week, we're running a series highlighting those local do-gooders, based entirely on reader suggestions. Here's one such story.

The Castro/Upper Market Community Benefit District (CBD) has been part of the neighborhood since 2005, when local property owners and community leaders formed it with the aim to strengthen and sustain the neighborhood identity, addressing safety, cleanliness, land-use, economic development, and future planning. A notable fixture at the CBD for eight years and counting is Andrea Aiello. She began as a consultant, and is now the Executive Director.

We met up with Aiello to learn more about her life in and motivation for working in the Castro, as well as how she sees the neighborhood evolving into the future.

Tell us a bit about your history with the Castro and the community.

Before I started working here at the CBD, I would come in to visit from Pacifica, where I live with my now wife. We used to come to the Castro a couple times a month and go to The Patio for brunch. We would shop around, go to a movie, or buy coffee beans from the Castro Coffee Shop, which used to be the Castro Cheesery.

I started working here in 2007 as a grant writer for the CBD. That slowly expanded to more than just grant writing. The board then decided that they needed to hire a staff person. It was only about 15 hours a week, which worked well with my consulting, so I was hired. Slowly, my hours expanded, sometimes supported by grants.

I have been a full-time employee for about two years now. Even when I was working part-time, I immediately loved it—I loved working in a community that people cared so much about. It was just so wonderful to be working with people who were so committed to making improvements. That's why I was interested in staying here. I've put so much into this—it's been a work of love, like a passion project.

What makes you passionate about the CBD role?

I love that I can see results. I have a degree in Public Heath, which is very theoretical, and so much other work I've done in the past has revolved around policy or research, but this is very hands-on and I see immediate results. Combine that with the passion for neighborhood and people who are so committed to making improvements ... I just love that. Even though I don't live here, I am here every day about 8-10 hours, so I am very in touch with the neighborhood.

I almost think that if I lived here, I would be so burnt out waking up every day to all the problems going on in the neighborhood, even something like just waking up to all the cigarette butts on the streets from everyone partying out in the bars the night before.

What are some of the challenges you see people face in the neighborhood?

The nighttime abuse. While the neighborhood is a nighttime entertainment center, I'm frustrated with the abuse that the neighborhood gets from that after the bars close, and people are over-drinking. I struggle with the fact that there is so much addiction within the LGBTQ community—substance abuse is such a big problem.

Other things, of course, include housing. It's tied into the changing neighborhood; people are losing their homes. There are people who are not housed whether they are homeless or aren't in a stable living situation, which is a citywide and regional problem. We are funding homeless outreach workers and additional law enforcement to make improvements in the neighborhood, but housing is really hard to come by. That's a city issue. We can work to pressure legislators and elected officials to fund more affordable housing, but it's such a huge challenge.

What is your greatest accomplishment with the community and area?

When I first came into this position, there was a lot of antagonism between many of the community organizations, and now there isn't. I'm not saying that's all because of me, but I've had a role in trying to bring collaboration between the neighborhood associations, the merchant groups, Castro Community on Patrol, and the community benefit district. I think we're all working well together now. 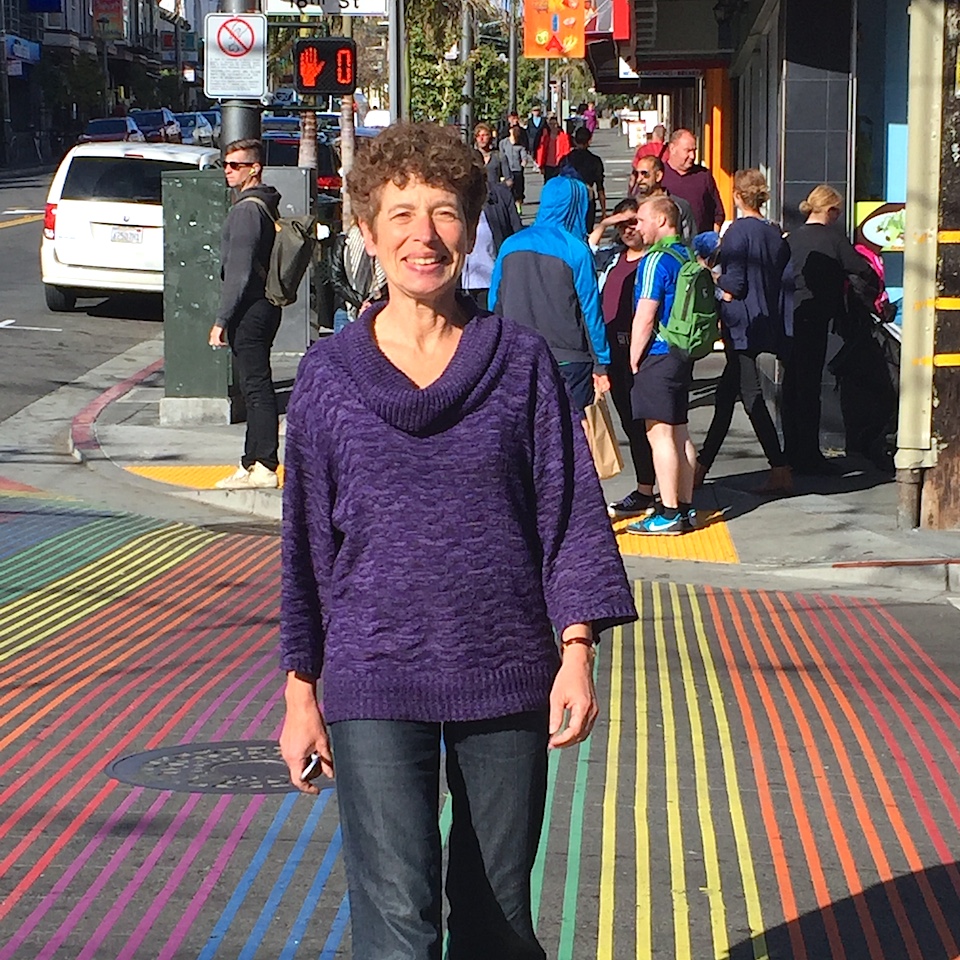 What are your hopes for future changes to the neighborhood and your involvement with those ideas?

The CBD has really good programs that are making improvements. In general, I would like to be able to have additional funding so we can clean up the neighborhood more, make the neighborhood more pedestrian-friendly, and grow the Castro Ambassador Program more. The ambassador volunteers are so passionate about welcoming visitors–they want to share what they love about the neighborhood with people from all over the world. I'd love to have more volunteers, so that we can welcome more people to the Castro.

I also think that continuing the collaboration in the neighborhood is the only way to solve new and existing challenges. I would like to see the Castro/Upper Market become more of a destination district for San Franciscans, and visitors from all over the world. I was inspired by the Market Street Prototyping Festival, and believe we can do some very cool creative installations on Upper Market. We're considering lighting, public art, landscaping, and other enhancement projects to beautify and attract people. Anything that is considered will, of course, go through a complete community vetting process.

What do you love most about the Castro?

I love the passion, the diversity. It's amazing that so many tourists come here, and you can hear so many different languages being spoken. I think it's cool that people feel comfortable coming here and going to the GLBT Museum with exhibits that are very in-your-face.

I really value the LGBTQ presence. It's true that we are transitioning to losing some of our queer identity as the neighborhood changes, but I think that the Castro will always be an LGBTQ neighborhood. Maybe the percentage of queer residents is less than it was in the '70s and '80s, but it's still a lot more than most neighborhoods in the nation, which I think that will still be here for a long time.

We are still going to have a lot of influence in the neighborhood, and that's important for people all over the world to see the Castro as a home and safe haven for LGBTQ folks. I also think that having institutions in the neighborhood that, like the GLBT Museum and the new SF AIDS Foundation Strut Center at 470 Castro St., help keep the identity here, along with things like the rainbow crosswalks and Rainbow Honor Walk. I hope that the work we do with the CBD continues to add to that.

Thanks to reader Castro Resident for nominating Aiello.