It's been over a year since Out Of The Closet and the AIDS Healthcare Foundation moved out of the yellow building on the corner of Church and Duboce, and finally, a new tenant has emerged. Sharper Future, an outpatient clinic which helps rehabilitate individuals who have been convicted of sex crimes, will be moving into the 7,400 square foot space at the end of this month.

Sharper Future, which stands for "Social Habilitation And Relapse Prevention—Expert Resources," was founded in 1995 by two psychologists, Dr. Mary-Perry Miller and Dr. Tom Tobin. Since then the duo has opened 11 locations across California, offering the same types of rehabilitation services.

In San Francisco, Sharper Future spent the past nine years at 1540 Market St. after growing out of its prior location in the Flood Building. Now, it's expanding again, which prompted the search for a new location.

"The building was selected by Sharper Future after a very extensive and lengthy search for a new home for our agency," Dr. Miller told us. "As you know the commercial real estate market has become very expensive and limited in the past two years.  This made our search even more difficult as we are largely funded by federal and state contracts."

But while a new, larger facility may imply that a flood of registered sex offenders may be coming to the neighborhood, citywide numbers tell a different story. According to information provided by City Data, 587 registered sex offenders reside in San Francisco today—or a ratio of 1,407 people to one offender, compared to an 882-to-one offender ratio statewide. And a fraction of those registered will be utilizing Sharper Future's services.

The Megan's Law requirement that sex offenders register for life means that "there can appear to be a lot of them," says co-founder Dr. Tom Tobin. "But some of them have committed their offense 30+ years ago.  Research says that anyone who has lived offense-free in the community for 15 years has a risk of reoffending no different from any person on the streets."

Dr. Tobin explained that sex offenders who have been released from prison have a varying length of parole periods assigned to them, ranging from five years to a lifetime. Research has shown that the highest level of risk for repeat offenses is within a few months or years, which is why organizations like Sharper Future provide immediate assistance to those released from jail.

"We believe that most of the registrants under the authority of state parole are referred to our program," says Dr. Tobin. "The number [of regularly treated people] fluctuates for many reasons, but is in the neighborhood of 50 individuals."

Once registered offenders have completed their probation and rehab, they will continue to be registered, but will not necessarily remain under direct supervision. 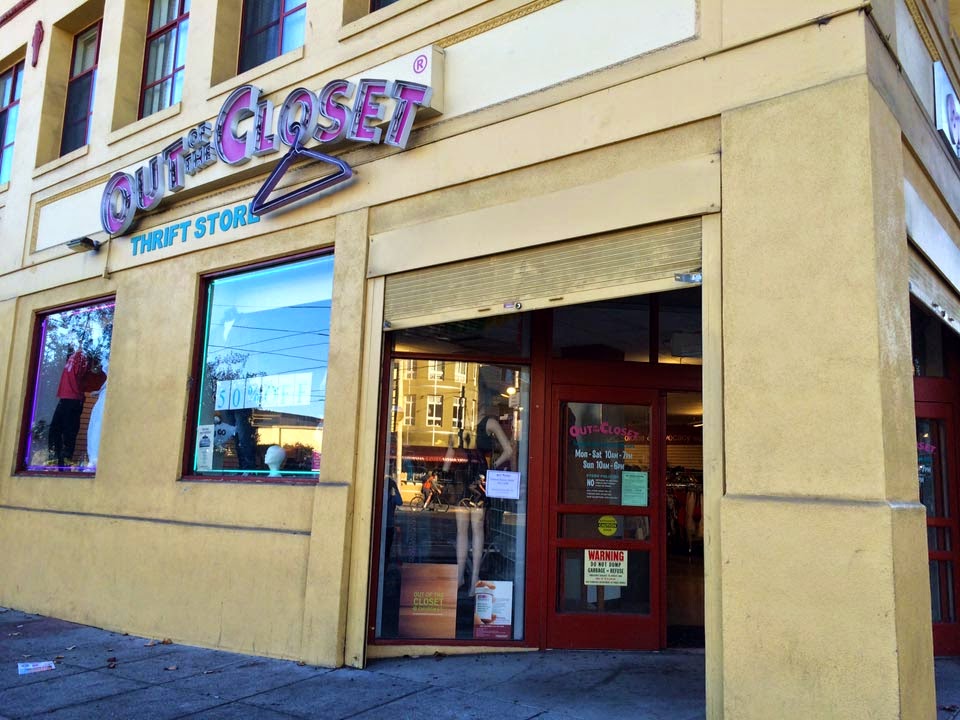 100 Church as its previous iteration, Out of the Closet (Photo: Rose Garrett/Hoodline)

The new location for Sharper Future will employ six certified sex offender treatment specialists to treat those 50 or so offenders. Both individual one-on-one treatment will be provided, along with group therapy rehabilitation groups. The plan is to grow the services offered, meaning more staff may be hired down the line.

Concerns from neighborhood residents are not a new issue for Sharper Future. But Dr. Miller asserts that the center's presence in the neighborhood will not be a bad thing. "We have had a positive effect on the neighborhood at 1540 Market," she told us. "We hope that over time the community will come to appreciate our positive influence on the area."

The owner of 100 Church is the organization Maitri, a residential care center for those with AIDS. Executive Director Michael Smithwick voiced his support for the building's new tenant.

“For 28 years, Maitri has provided much-needed end-of-life care for vulnerable San Franciscans challenged by advanced AIDS," he told us. "A major focus of our mission is about offering second chances and non-judgmental compassion.  We consider Sharper Future’s essential mental health services to be well-aligned with our core values. Their tenancy in our ground floor space will provide resources which will ensure that Maitri is able to continue to provide our own community services for years to come."

Sharper Future will be relocating into its new facilities at the end of this month. It will "roll out services quietly," beginning services February 1st.