Tapping In With Ben Mansell Of 540 Club

Ben Mansell knows his way around a bar.

He left Santa Cruz for San Francisco when he was just 17 years old, moving into an apartment at 15th and Capp streets in the Mission. He got his first job as a barback a little before his 18th birthday, and he's been greasing the wheels of the machine that is drinking in San Francisco ever since. For the past eight years, he's been the bar manager at 540 Club in the Inner Richmond.

Chatting with Mansell about working in a bar is like talking with someone who really loves golf: He's been doing it for years, he's never going to stop, and he's not afraid to tell you all you want to hear.

We caught up with Mansell the other day on a sunny afternoon on the front patio of 540 Club to talk about, well ... drinking. 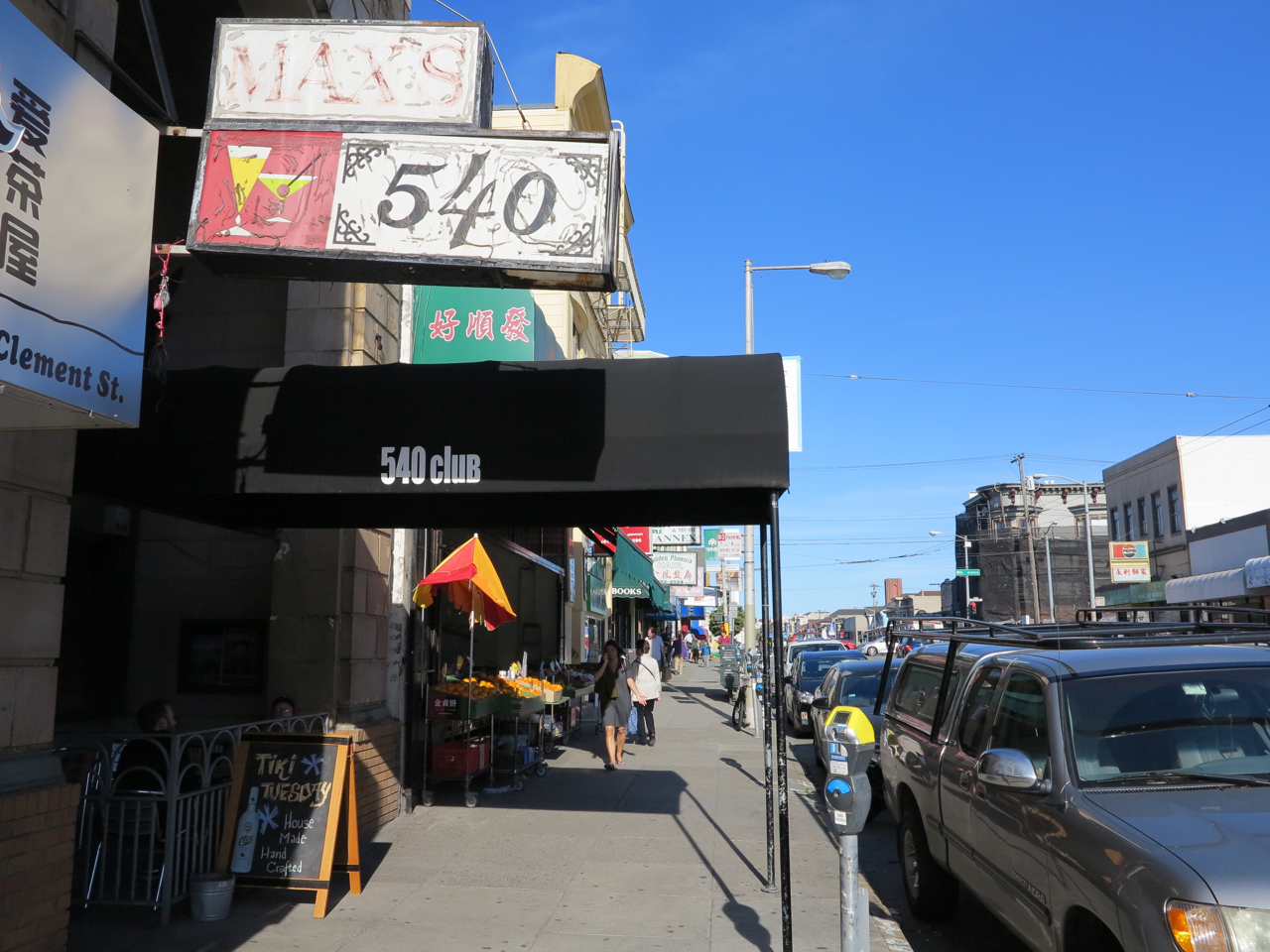 I grew up in Santa Cruz, California. I ran away when I was 17 and moved to 15th and Capp.

And you've been here ever since?

I've been here ever since. Well, I left and went to New York for a month and a half in the middle, but came back.

What's been your experience bartending around San Francisco?

This city has changed so much, so many times in the last couple of years that there's a large variance in experience, quite frankly.

Where did you get your start bartending?

My start in the service industry was at Pier 23 Cafe, when I was 17 years old. There's a man down there named Mike Driscoll, who's pretty infamous around the city. He let me get me get behind the bar and barback for him every once in a while. That kind of set me in the direction I went.

When did you start working at 540 Club?

Nine years ago, and I've been managing for eight. This is the longest I've held down a job in one place, ever. 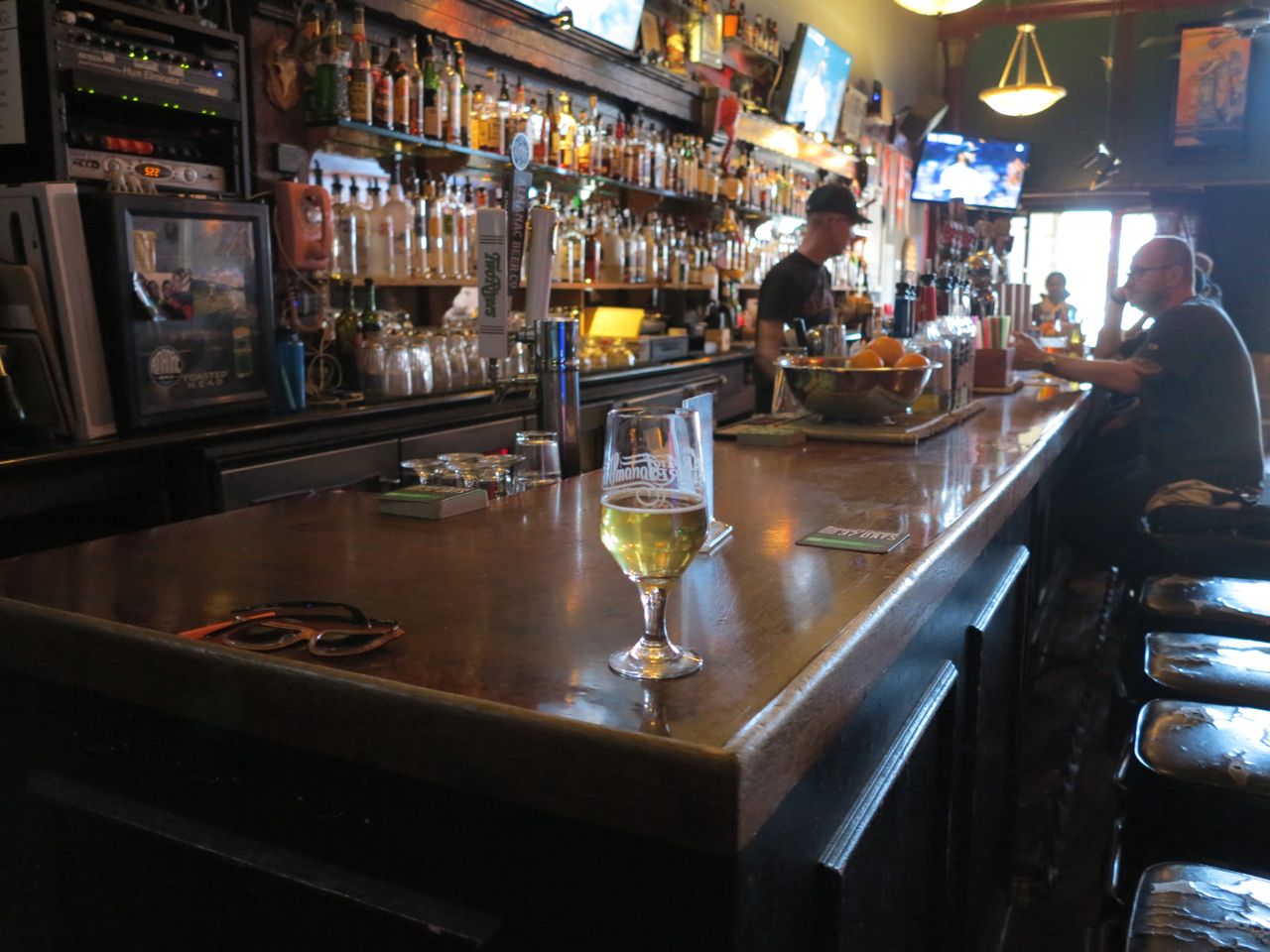 Well, Max's is just one generation of The 540 Club, I believe somewhere in the middle. I believe it started out as Hak's 540 Club, and then Max's came in the early '60s. Then Max's became O'Rourke's: the O'Rourke family bought it, kind of gutted it and changed it from an old man bar. They opened the room up a little bit.

That was 13 years ago, or a little before. Jamie Brown has owned it for about 13 years. The O'Rourkes only had it for a couple of years in between. I don't know when they sold it, but prior to that it was Max's, and before that it was Hak's.

Yes. The building itself started out in 1909. It was the first branch of the Bank of Italy built after the earthquake. This was their gold trust. That's why it has the facade it has.

Is there still a vault?

No, apparently the vault was where the pool table is. Apparently Hak took it out piece by piece. This place is all concrete, man. I'll tell you this much: in a 5.0 earthquake, nobody in this bar was able to feel it, while the sidewalk was moving out front. It was crazy. If an earthquake hits, I'll be locked down inside of here for a couple days for sure. [Laughs.] 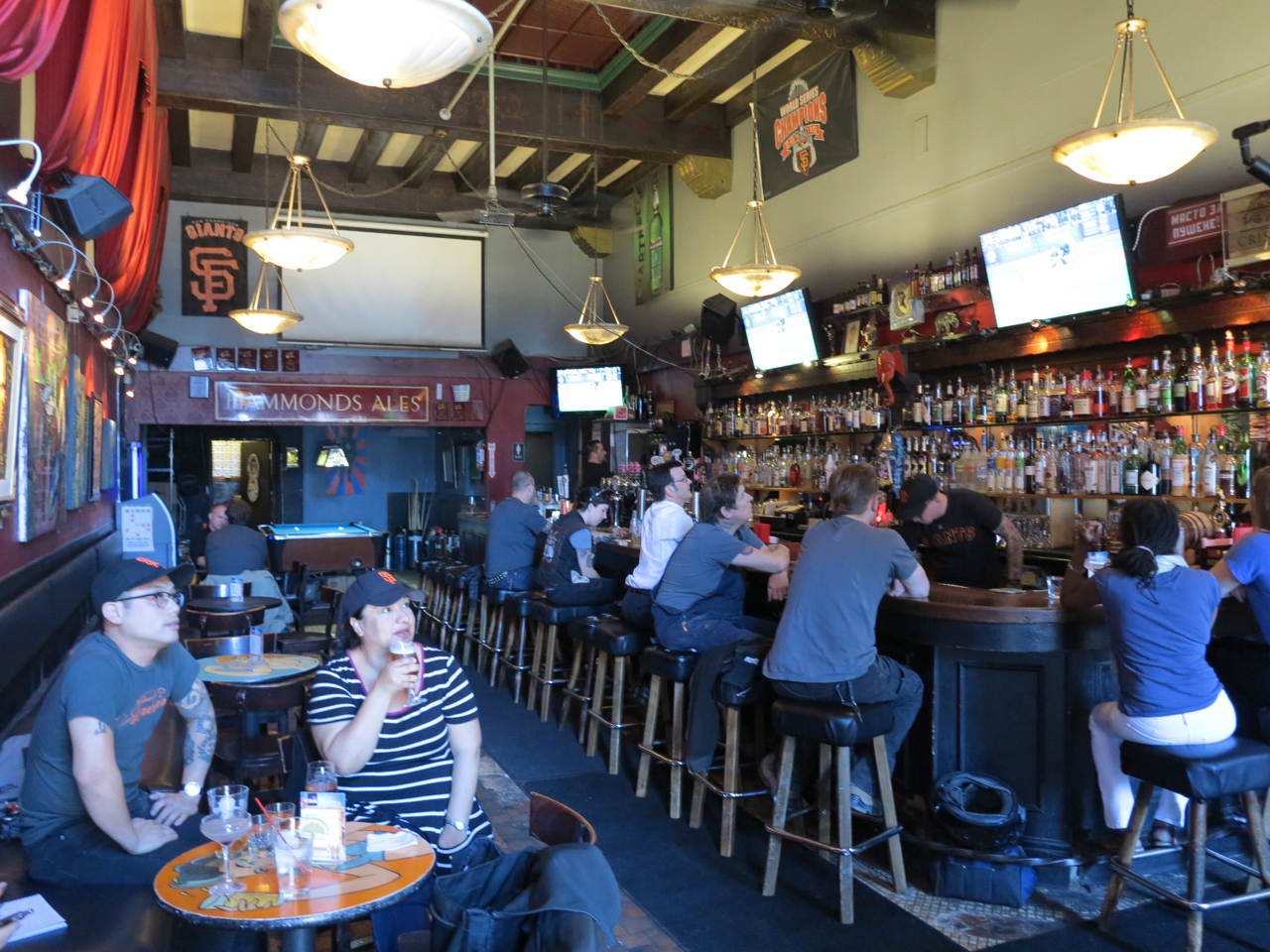 How would you describe The 540 Club?

It's a neighborhood bar, straight up. We make this place comfortable for everybody and, that's how we like it. On your average day in here you get your schoolteacher, your out-of-work artist, your unknown multi-millionaire who's just taking his lunch break, and I kind of like that way, I like it comfortable for everybody. It's been a hard job keeping it that way.

How do you keep it that way?

I think one of the easiest ways is keeping styles of cocktails, styles of service—friendly service, although we got a few bitter bartenders—the same. It's just trying to keep it comfortable. A single girl can come in here and read a book all day without getting bugged, and I like that.

It's not the easiest thing to keep up; a lot of these styles of bars in San Francisco are going under right now. Everybody comes in expecting a fancy cocktail list, and that kind of thing. We tend to not do that—we have our Tiki Tuesday and we have our cocktail Saturday night, but I think not having that constantly, and not having people see that every time they're in here, kind of keeps it accessible to the regular crowd as well.

We keep the happy hour crowd and the people who want a Manhattan. My bartenders know how to make anything. So, it's funny. I'd say the last five years have seen more change in this neighborhood than ever before.

Tell us about that.

It's turning into a family neighborhood, where before this was your working-class, people getting off work at 4 or 5 to come have a few drinks and go home kind of deal. Now, you're getting your girls in yoga pants coming out. It's a little different, man. But because of who we are, we still get the punk rocker in a studded jacket sitting next to the girl in yoga pants, which is kind of cool.

This city has been based on growth, since the beginning of the city. That's what it's about. If you can diversify and you can overcome all that, there you go. It's the only way to continue living here. It's a hard one, but luckily my staff are pretty seasoned, and have seen a lot of the these changes in the past as well. So they know how to deal with the new types of people, too. 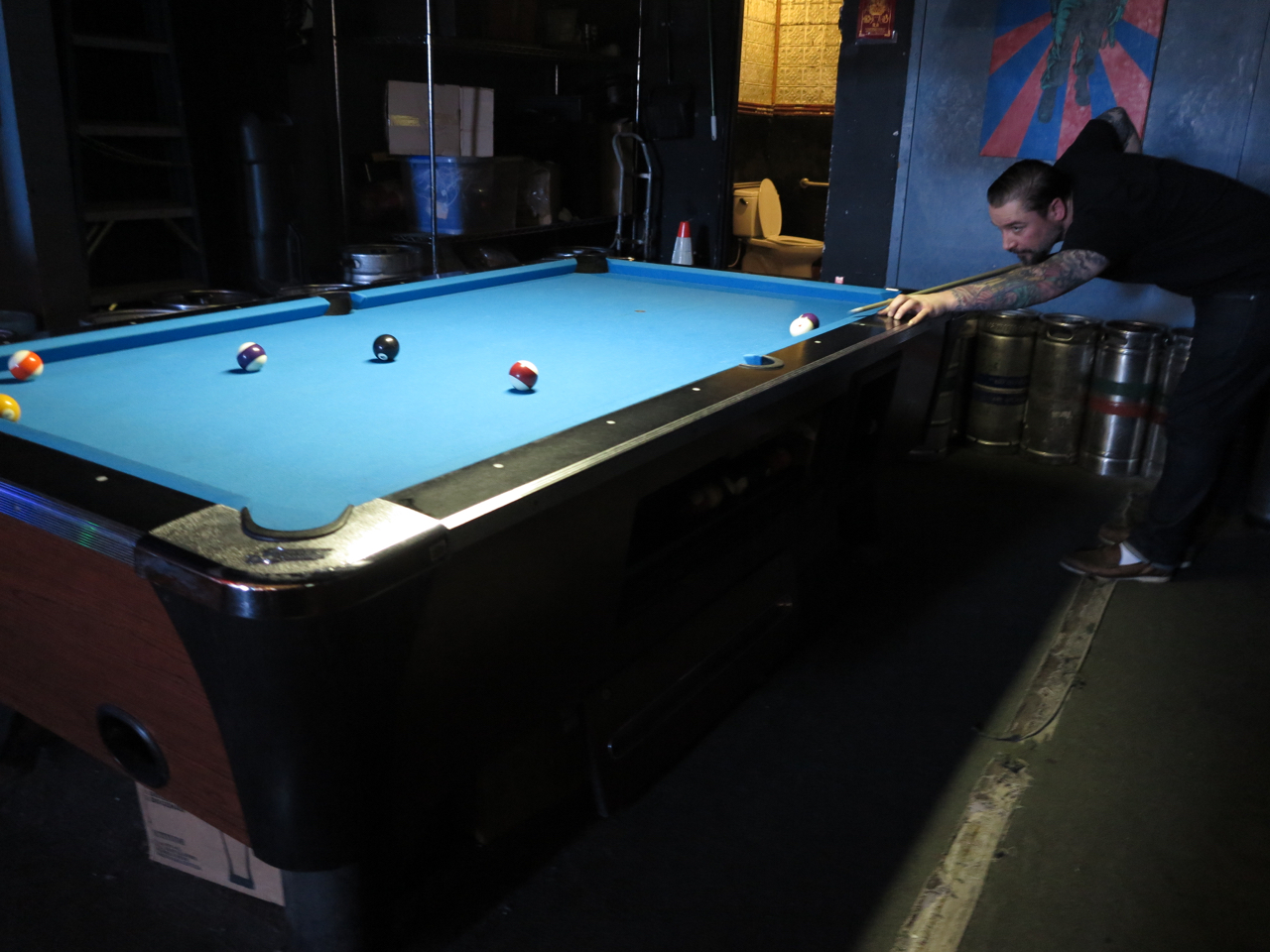 How does San Francisco measure up to other places, in terms of it being a 'drinking city'?

I'd say San Francisco ranks in the top five drinking cities in America, hands down.

We tend to have a lot of people in this city that aren't really anchored, so they have a little more expendable cash. They're kind of here as more of a stepping stone. Also, there's so much good beer here.

I think sister cities to us are Portland and New Orleans. Those guys can definitely hang when it comes to the bar scene. They've got some solid drinkers. [Laughs.]

What's your take on the recent explosion of craft beer?

I love it, I absolutely love it, and I see the big macro companies kind of running scared, man. If they're out there trying to buy out breweries like Ballast Point for a billion dollars, there's a reason behind that. It's the only way they can keep up with the industry.

There are a lot of supposed "craft" companies that have been taken over by Miller, Coors, Anheuser Busch or InBev, that I think the general population doesn't even realize—like 10 Barrel. Companies like that are pumping out crap now.

What role has San Francisco played in the advent of all this?

Oh, San Francisco loves craft beer. It's awesome. This city is definitely helping push that industry. But at the same time, the whole country's starting to do it. There's breweries everywhere now, which is cool. 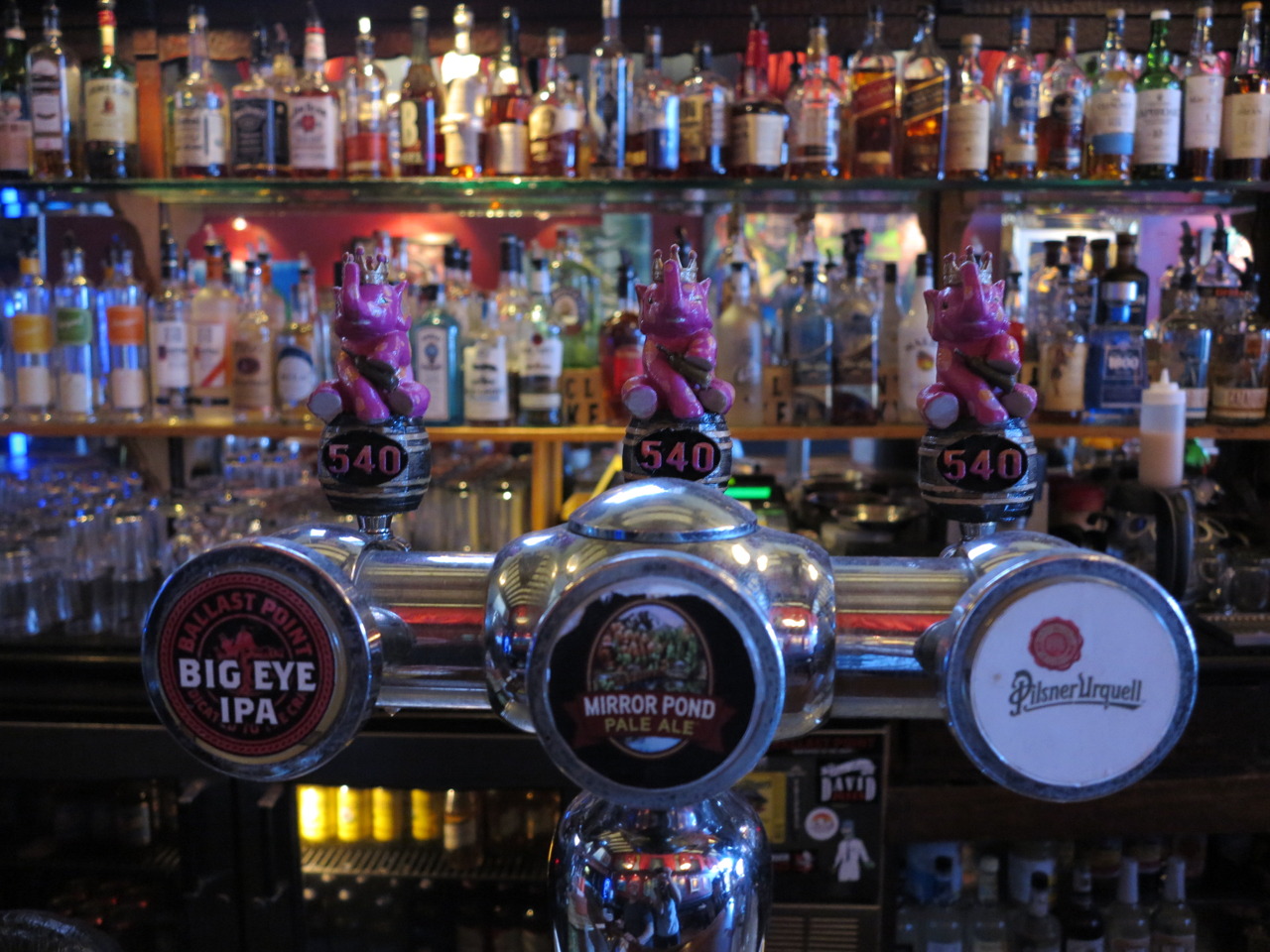 What do you love most about working in bars?

Interacting with people. I love meeting new people. I'm kind of an observer. I'm a painter myself, so I kinda like just sitting back and watching how people interact. It's been part of my life for a long time, and I think being in the service industry is pretty self-serving when it comes to that part of my life.

What needs to happen to keep places like 540 Club alive?

You know, the only thing that's going to keep places like this is the bars staying true to their own. And the only way to do that is to show your true colors. If you don't, and you just kind of shift to serve everybody's needs, there become too many needs to change to.

You can't just bend over backwards for everybody. So, if people like you, they like you, and if they don't, they don't, and that's about the size of it.

San FranciscoInner Richmond
About 15 hours ago