There have been a lot of changes to the commercial and retail environment in the Castro as we move into the spring season.

Here are some of the new businesses already open, and planning to open soon in the neighborhood. Last time we reported in March, LaserAway had received the backing of the Castro Merchants to move into the neighborhood. But there was a catch.

Because LaserAway has locations in California, Arizona, and Nevada, the company is considered a formula retailer by the city of San Francisco and needed to seek a conditional use permit from the Planning Commission in order to open a store at 410 Castro St.

On April 14th, the Planning Commission approved LaserAway’s expansion into the Castro, as the Bay Area Reporter notes. According to Jessica Heckmann, the company’s regional manager, the laser hair removal retailer hopes to be moved into the long-empty storefront (previously vacated by phone company Sprint) by the end of summer. The Apothecarium is moving forward with plans to relocate from their current location to a larger space at 2029 Market St., formerly occupied by Mecca and most recently Shanghai Restaurant. The medical cannabis dispensary announced that they were losing their current lease in March. The Planning Commission voted 4-0 on April 21st to approve the Apothecarium’s plans to relocate to its new location, which will be five times larger than their current space. As shown by the dozens of letters of support submitted to the Planning Commission by local residents and businesses, the relocation has strong backing from the community. In regards to moving by the third quarter of this year, Eliot Dobris, who does PR for the dispensary, told us that it is on schedule. 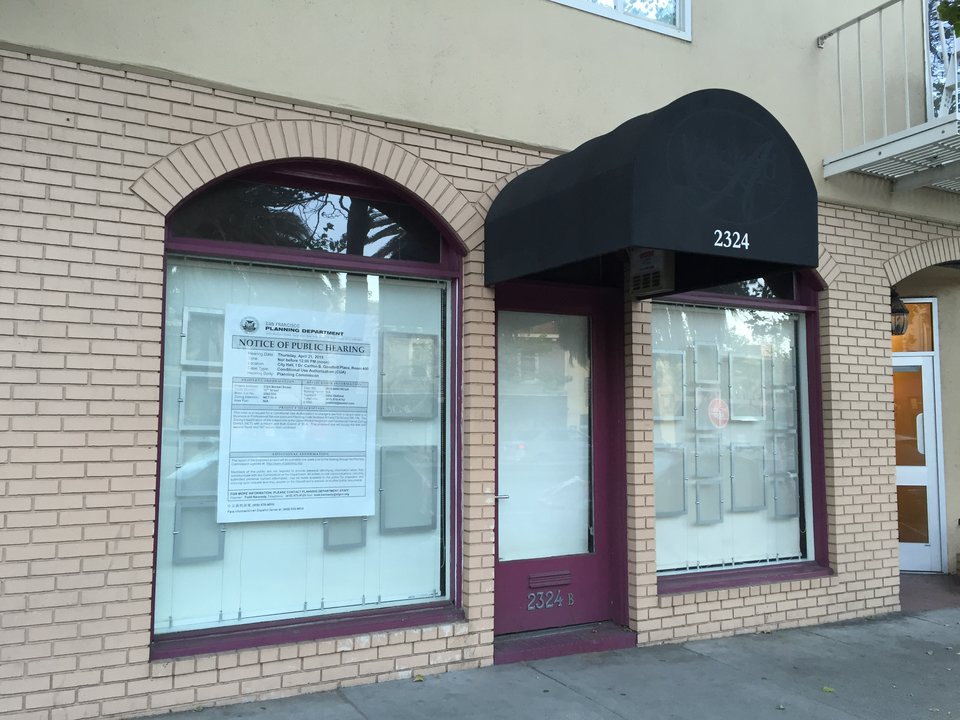 The proposed Berkshire Hathaway real estate brokerage firm went before the Planning Commission on April 21st in order to seek approval to take over the long vacant space. Berkshire Hathaway's John Oldfield tells Hoodline that "everything went fine" and that "the permit was approved." When asked for an opening date of the business Oldfield could not set an exact date due to some work that needed to be completed inside. Now that they have approval, Oldfield says "we plan on getting it done as soon as possible. It has been over a year since Jumpin' Java poured it's last cup of coffee and a lot has changed at the former coffee house's location. The property was sold back last July and underwent a complete remodel before it opened as Kerman Morris Architecture. Hoodline spoke with principal architect Toby Morris who tells us that the office opened up back in late February with a small coffee celebration to honor the former Jumpin' Java. The space is now completely built out with offices with six employees currently working there. Kerman Morris focuses on housing and large mixed-use commercial/residential developments. Finally, in early March we reported that the original location of Super Duper Burger (which opened nearly six years ago on April 7th, 2010) might potentially be expanding into neighboring 2300 Market St., at Noe. The corner space was most recently home to a California Check Cashing outlet that closed several months ago. According to the burger joint, the permit has been submitted to the Planning Commission, but has not yet been approved. “We feel confident it will be soon,” said Jacob Cross, Super Duper’s vice president of marketing and public relations. “Our guests and many neighbors have often mentioned the small space actually keeps them from coming as often as they’d like, as it can be quite busy,” said Cross. The restaurant is hoping to receive the Commission's approval and to complete the expansion by the end of the year.