Aline Dazogbo and Tim Fadden are seeking community support to convert the Greater Grace Temple Church at 240 Page St. (and Octavia) into an art gallery and gathering place with a residential loft.

The duo launched a Kickstarter campaign to finance an engineering survey and feasibility study by San Francisco-based architect Claudio Martonffy.

Known as L'Intersection, their "lifestyle showroom" also includes the former Aline's Closet space at 101 Pierce St. in the Lower Haight, which is set to serve as a smaller additional space for makers.

Ideas for the space include gallery events, yoga classes, dance and theatrical performances or even culinary ventures for local chefs. There might also be private rental opportunities for weddings, parties, work conferences and movie productions, as well as film screenings.

Dazogbo (Aline's Closet, VOILA) has a background in fashion, while Fadden has worked in construction and fine woodworking. He currently installs solar panels in the Bay Area.

"Imagine you owned your house and you love art, and you let people use your house by opening your door," said Dazogbo.

Because the church is already a community space, Dazogbo said she wants to preserve its character. Fadden added that zoning also restricts them from having a commercial entity there.

The sale is currently pending; Dazogbo and Fadden have a lease with the option to purchase, while on Sundays, the space is still used for services. They hope to obtain the building's title by April, they said. 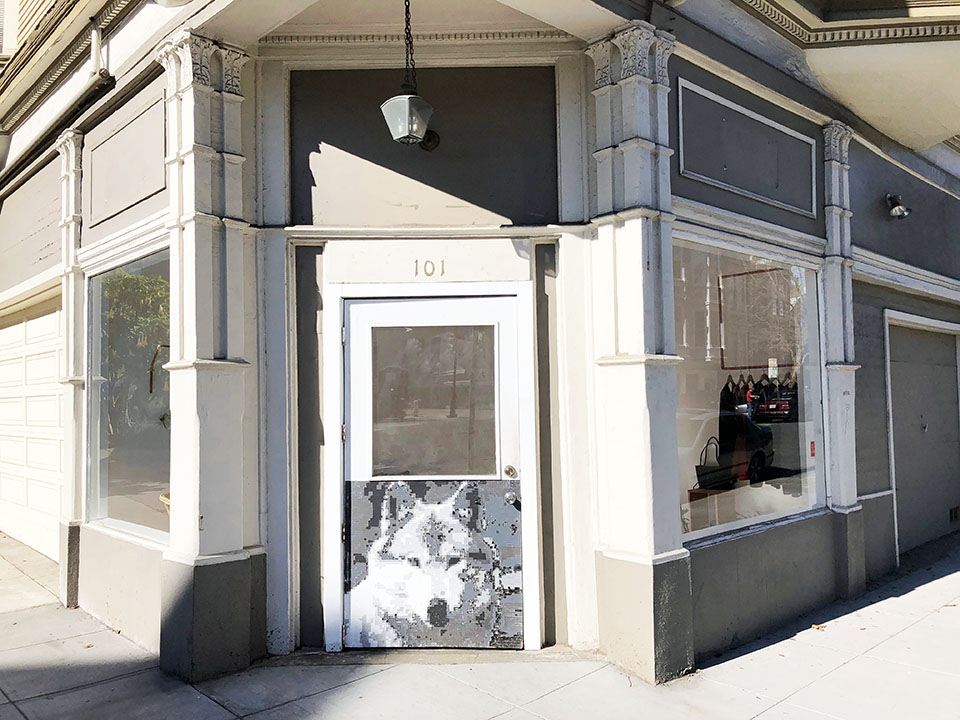 Dazogbo also noted that they want to retain the church's upstairs sanctuary, which has space for about 300 people.

"Downstairs will be the residential unit," she added. "So we want to make a difference between downstairs and upstairs."

And while they aren't accepting applications for the residential unit quite yet, Dazogbo said it could eventually accommodate makers and artists visiting  San Francisco.

No major renovations to the property are planned, but the walls will be painted and carpets will be removed to reveal hardwood floors. Some pews will also be given away as Kickstarter rewards, while Dazogbo also plans to dress remaining pews in new prints.

Fadden said they hope to be fully done with everything by the end of this year or the beginning of 2019.

As of this writing, the Kickstarter campaign has raised $1,543 from 18 backers with 21 days to go.