By Hayeswire - Published on March 19, 2013.
San FranciscoHayes Valley
You might not be able to see the "Brighter Faster" mural for much longer. Some plywood that went up recently at the adjacent parcel could signal the start of an apartment building project that's been in the works for more than five years.

According to site plans filed with the SF Planning Department, a 4-story, 6-unit building is being planned for the location. The building would have a roof deck, an underground three-car garage, and a commercial space on the first floor. 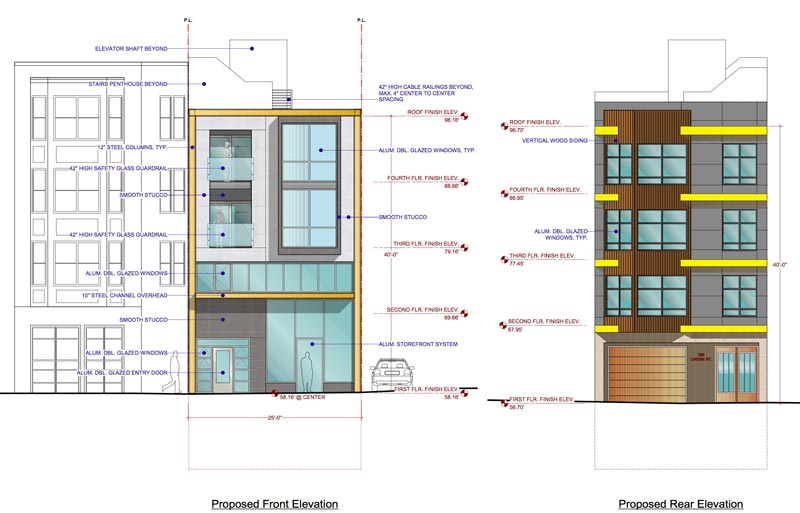 sf-planning.org
The actual address of the property is 350 Linden. It's a narrow parcel (25 feet wide) between Azil Boutique and the stacked containers of Aether Apparel, stretching from Hayes to Linden. The project plans were original submitted in October of 2007, and underwent a number of revisions before finally being approved in June of 2011, according to information on file with the Department of Building Inspection. Additional cost estimates extended the review process for several more months. Now it appears that work on the project may finally be underway. We've reached out to SIA Consulting, the company listed on the site plans, for more information. We'll share any additional details when we get them.
San FranciscoHayes Valley
About 13 hours ago