Aubrey's mother Paulette Brown / photo by David Elliott Lewis
By Andrew Dudley - Published on August 14, 2013.
San FranciscoNoPa
Seven years ago today, a 17-year-old boy was murdered at the intersection of Grove and Baker.

Aubrey Abrakasa Jr. had just stepped outside his Grove Street home around 3:14pm on August 14, 2006 when he was shot several times by an unknown assailant. His killer used an automatic weapon, letting loose roughly 30 rounds. Paramedics soon arrived and transported Aubrey to the hospital, where he died 5 hours later. 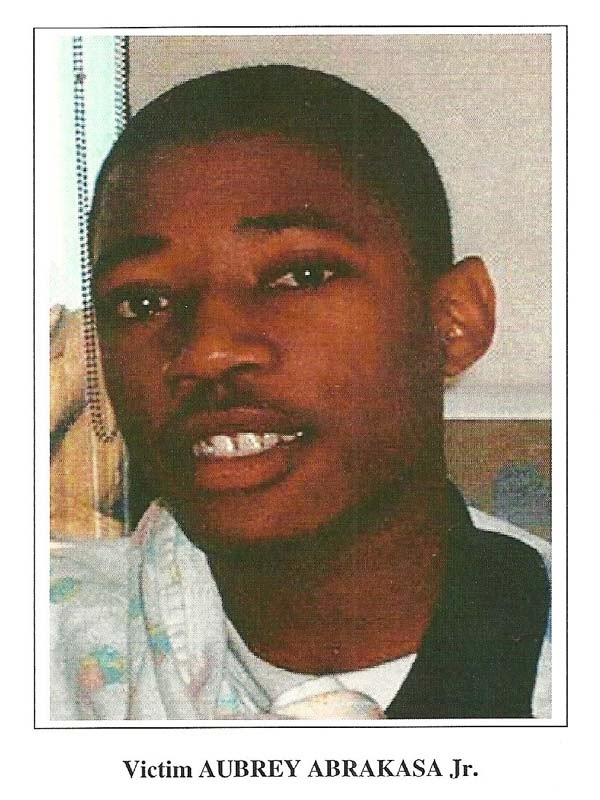 SFPD bulletin
Aubrey was reportedly a stand-up teenager, with no arrest history and no known connections to any gangs. He was a guard on the high school basketball team and an assistant coach at Bernal Heights Park. In the years since the murder, Aubrey's mother, Paulette Brown, has campaigned tirelessly, both to try to bring her son's killer to justice, and to draw attention to the issue of gun violence. Just this past April, she spoke at a California Senate committee hearing, voicing support for a bill that would ban semi-automatic weapons with detachable magazines. That bill, SB 374, was passed by the full Senate in May, and is now being considered by the Assembly. While she has made progress on the gun violence issue, Brown has had seemingly little luck in finding justice for Aubrey, as his killer remains at large. In an odd and frustrating twist, a Chronicle article from 2009 reported that then-Mayor Newsom claimed that he, along with the District Attorney and the SFPD, actually knew who killed Aubrey. But with no witnesses coming forward, they were unable to make arrests. Brown has pleaded for more attention to the situation over the years, as she did at a Police Commission hearing in September of 2012: Today at 3:14pm, Brown and Homicide Inspector John Miller will mark the anniversary at the intersection of Grove and Baker, where they will hand out fliers and answer questions. There is a $250,000 reward available for tips leading to an arrest in the case. Anyone with information about the murder can call the SFPD's Homicide Detail at 415-553-1145, or the anonymous tip line at 415-575-4444.
San FranciscoNoPa
About 10 hours ago