A couple of new features have been installed at the upper area of Duboce Park, aiming to curb the behavior of skateboarders and "transients."

For starters, a security camera has been installed on the top level of the Harvey Milk Rec Center (pictured above).  According to the Friends of Duboce Park, a group which coordinates park improvements and events, the camera "will hopefully deter the transients who often gather there at night and often leave trash, graffiti, and used needles behind."

The group notes that another camera might be installed outside the photo center on the first floor of the building, to deter acts of vandalism.

In that same area in front of the photo center, skateboard stops have been installed on the cement curbs leading down toward the playground: 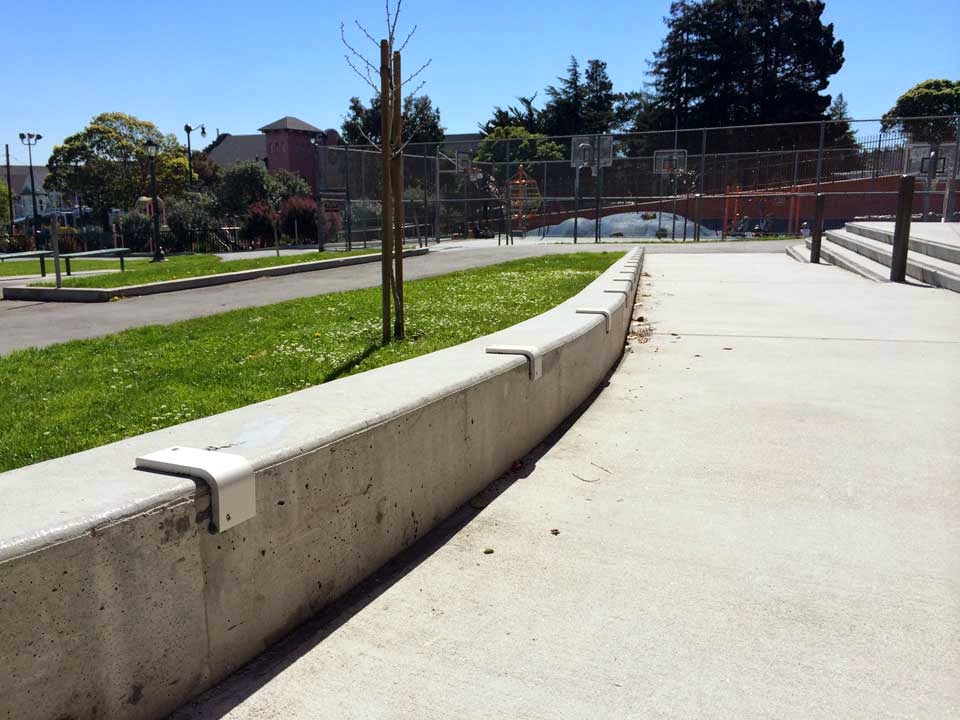 Apparently, more stops will soon be installed on the round planters at the Duboce and Noe Muni stop, all to prevent damage from skateboarders.

So, things just got a little less lenient at Duboce Park.  What say you of these changes, readers?  Anything?