Amoeba May Be Preparing To Enter The Legal Marijuana Trade

Photo: Amy Stephenson/Hoodline
By Camden Avery - Published on April 23, 2014.
San FranciscoUpper Haight
Are your record store visits about to get a lot more groovy?
It looks like the onetime plan for Amoeba to develop a medical marijuana dispensary, previously thought to be nixed by the Planning Commission, may still be in the works.
On March 26, Joe Goldmark, an ownership partner in Amoeba Records, was awarded a fictitious business license by the city for a new company called Green Evaluation LLC. The address? 1855 Haight Street, the same location as Amoeba Records.
According to the Planning Commission's current map of areas under review for possible medical cannabis dispensaries (below), the end of Haight Street is still viable turf. (The map is a guide only, and any new permits would still have to go through the full review process.) And based on recent changes to city zoning, dispensaries in the Haight could occupy an even larger zoning area than that indicated below, as they're allowed to move closer to schools and rec centers. 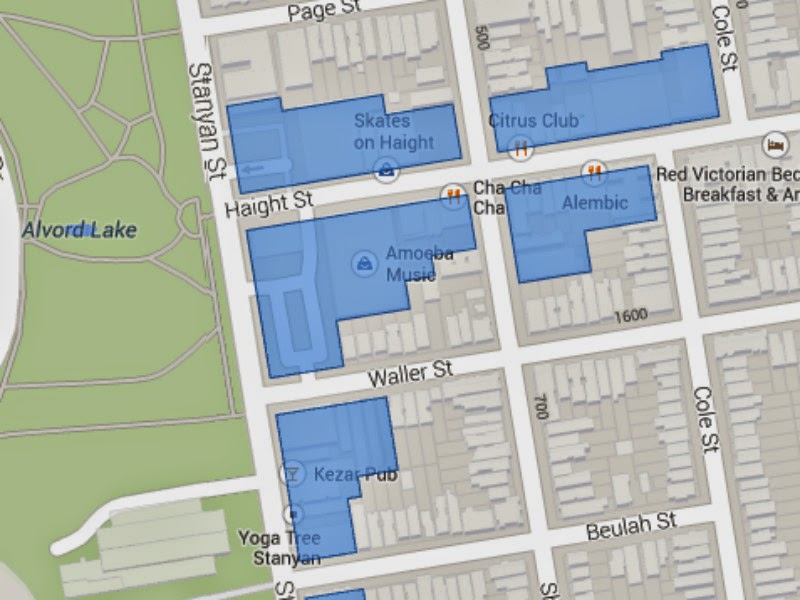 Based on word-of-mouth reports, it sounds like Amoeba's already starting to get its feet wet in the weed trade: neighbors reported that the store was hosting medical marijuana consultants in-store on Sunday, 4/20.
Representatives from Amoeba were unable to comment at the time of this posting. We'll keep you posted as we hear more.
San FranciscoUpper Haight
About 17 hours ago