The Lost Jazz Clubs Of Divisadero

Photo of Miles Davis: The Drum
By Nuala Sawyer - Published on June 25, 2014.
San FranciscoDivisaderoAlamo SquareNoPa
When we talk about San Francisco's history of jazz clubs, most people think of Fillmore Street or North Beach. While there was a hot and happening scene in both places in the 1940s and 50s, Divisadero Street also had its own history as a jazz center of San Francisco. Very little of that scene has survived to this day, though if you look closely you can find signs of it. 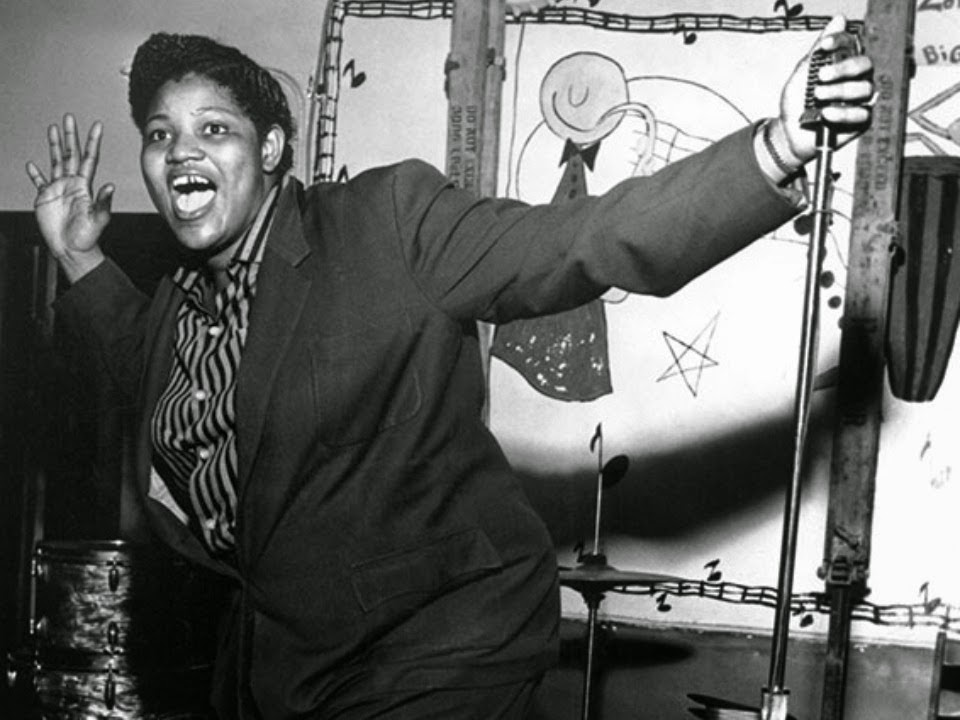 (Big Mama Thornton; photo via WolfgangsVault)
Way back in the day on Hoodline, we talked about how the Both/And Jazz Club at 350 Divisadero was one of the neighborhood's liveliest jazz joints. Opening its doors in 1965, its small size didn't limit the shows it put on. Featuring Ike & Tina Turner, Wes Mongtomery, Big Mama Thornton, The Steve Miller Blues Band, and Miles Davis, it carried big acts. (Note: though we couldn't find many photos from back in the day, we're including some shots of musical greats that once performed in the neighborhood. If you have any photos, please let us know).
Both/And was also used as a recording location for Dexter Gordon's Live at the Both/And Club San Francisco, and Archie Shepp, who recorded Three For A Quarter, One For a Dime and Live in San Francisco there. Plus, the cover of the latter was shot in our neighborhood: 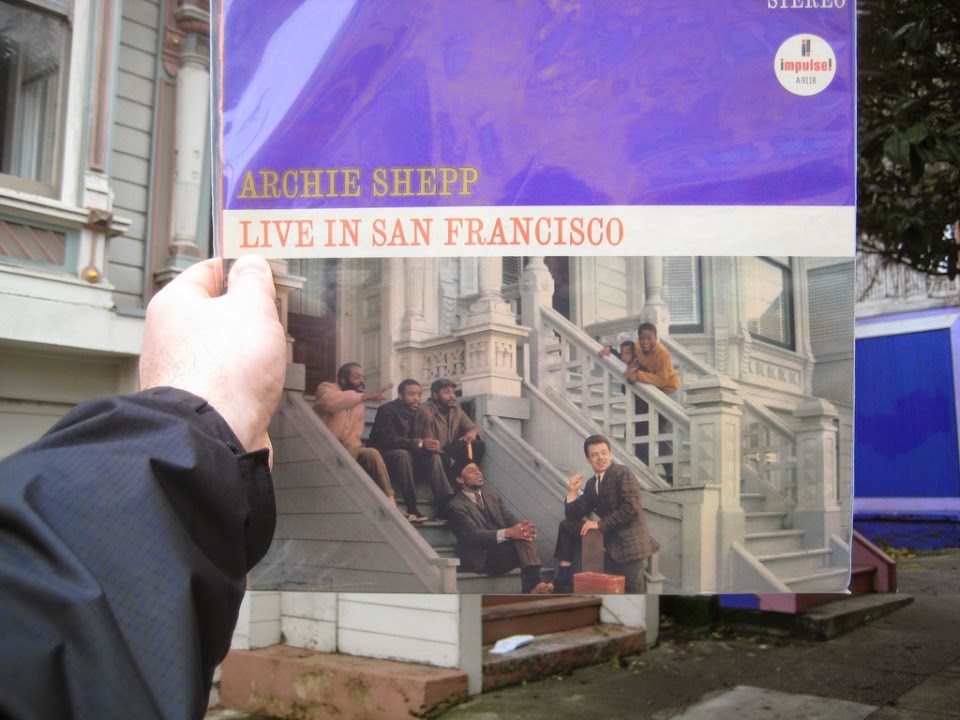 (Photo: Brandon Burke)
The venue closed in the mid 1970s, and today it's the home of mixed martial arts gym Hybrid Training. Here are a few concert photos and signs from the Both/And days: 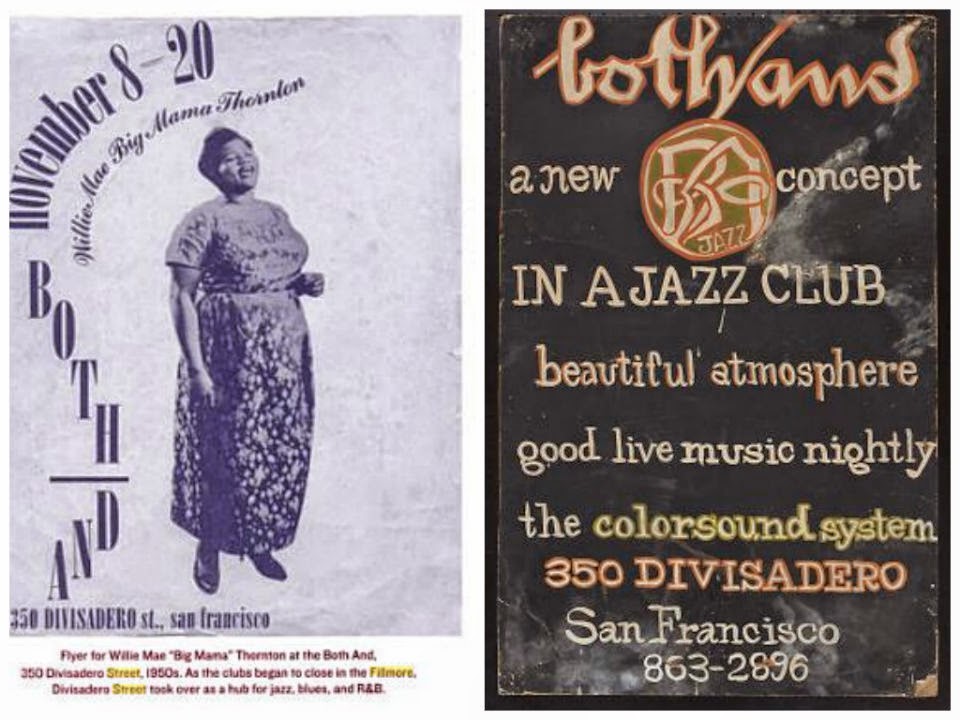 (via Findery, Oakland Museum of CA) 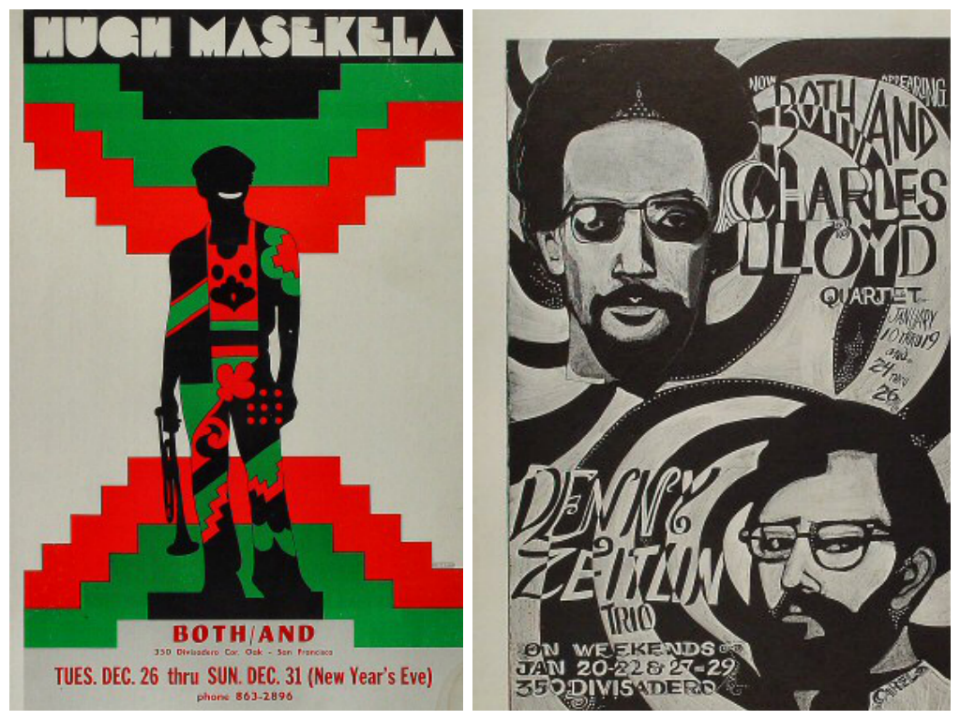 (via Wolfgang's Vault)
When remembering jazz joints, we can't forget the still-standing Club Morocco, now our friendly Ethiopian dive bar Waziema. Walking inside is like stepping into a time-warp, with the original wallpaper still in place and the stage where prodigies like Billie Holiday, James Brown and BB King once performed. The space used to curve like a horseshoe, with another opening on the Hayes side of Popeyes. It shut its doors in 1979 and stood empty for 20 years, until it became Club Waziema.
There is one venue on Divisadero that still plays homage to its days as a jazz club: The Independent. In 1967 it was a coffee shop called Emanon, when jazz entrepreneur Herman Warren bought the space and converted into the Half Note. According to the long-time residents interviewed in this piece by The Corridor, The Half Note was truly a  neighborhood place. The staff would occasionally organize "field trips", chartering a bus to take regulars to Tahoe and Reno to blow off some steam. Flirtatious Half Note bartender Frank McCoy became a local celebrity, and was known for having regulars' drinks at the counter as soon as they walked in the door.
The Both/And and Half Note were friendly competitors. Stories are told that each venue had its own softball team, and the losing team would have to drink at the winner's bar. As a 1965 edition of the Sun Reporter stated:

“I think congratulations are doubly in order when seemingly every other club owner in town is hiring half-nude chicks in the rat race for a greedy dollar. It’s nice to know at least two club owners who didn't join the stampede.”

If you take a moment after handing in your tickets to stand in the Independent's hallway, you'll see photos of it from back in the day, when Thelonious Monk, Miles Davis, and Al Jarreau played there. A small backyard behind the stage features a patio in the shape of a half note, in memory of the club's history. 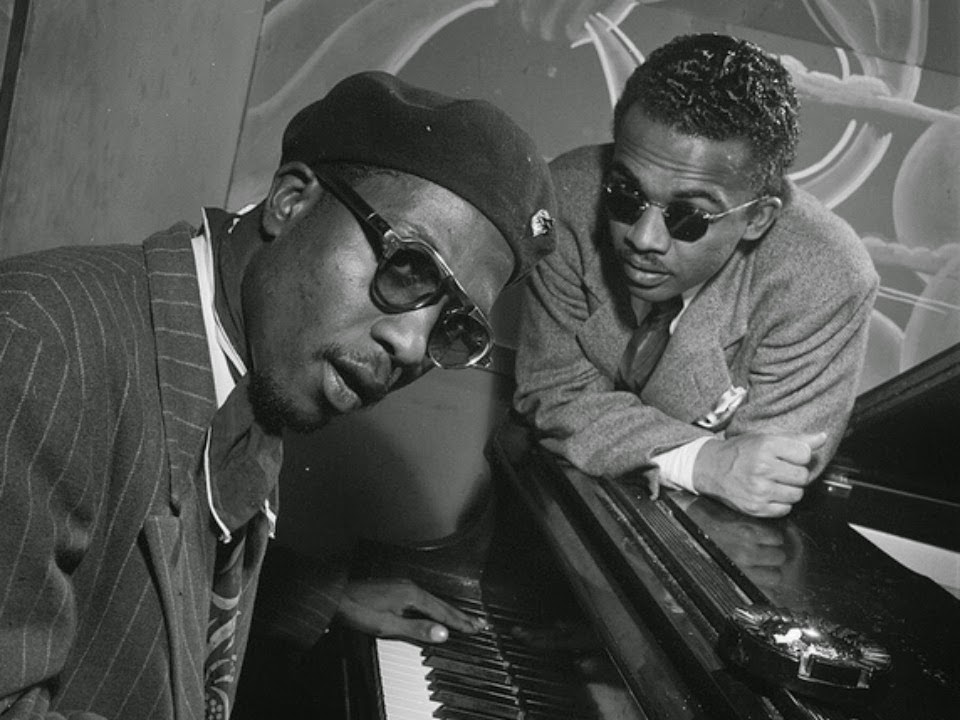 (Thelonious Monk; photo via Library of Congress)
With Divisadero's jazzy history, its no wonder that murals like this one featuring musicians Billie Holiday, Teddy Wilson, and Dizzy Gillespie are still being created in our neighborhood today. And next time you're working out at Hybrid Training or picking songs on the jukebox at Waziema, consider blasting some Miles Davis or Archie Shepp in memory of Divisadero's musical history.
San FranciscoDivisaderoAlamo SquareNoPa
Aug 12, 2022