Pierce Street Gets An Arborectomy

Photo: Andrew Dudley / Hoodline
By Andrew Dudley - Published on July 17, 2014.
San FranciscoLower HaightAlamo Square
One block of Pierce Street is getting much less shady this week, but not in the way we'd prefer.
Local resident Josh W. wrote us yesterday concerned about the sudden stumpification of several trees on the block between Oak and Fell:

"Just noticed today that all of the trees lining the east side of Pierce were cut down. I assume there's a good reason but... Any idea why? It was such a charming little block now it's gross."

Eight trees on the east side of the street and three on the west have already been cut down since Monday—but why? 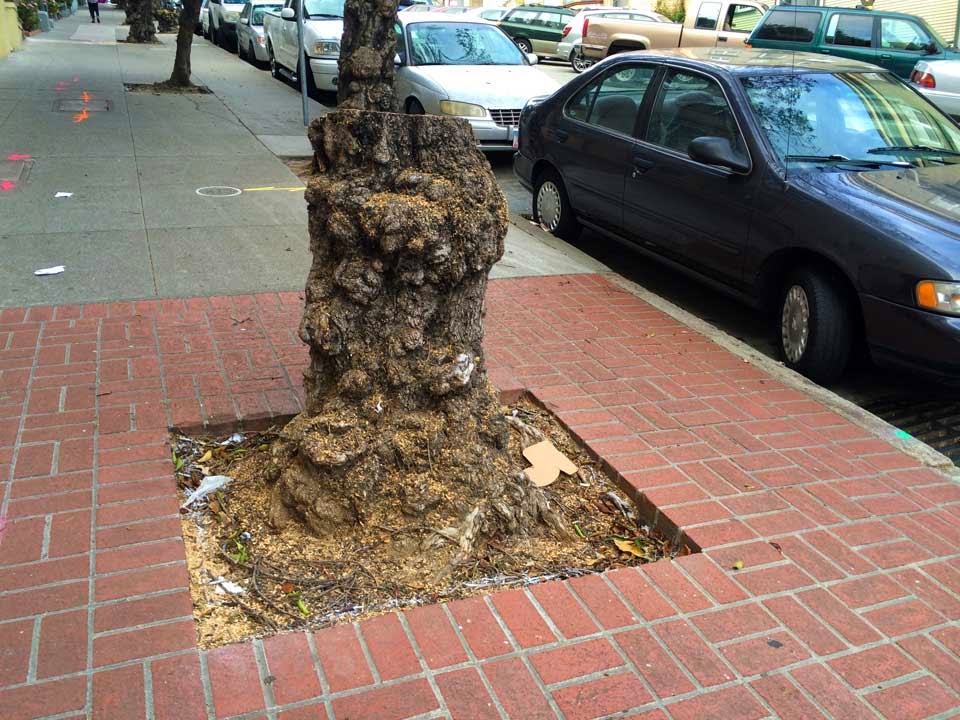 We did some digging and tracked down the group behind the work,  Bay Area Arborist Cooperative.  A member of the co-op told us that 17 of the trees on the street were dead or dying, and needed to be removed. They are Myoporum laetum trees that have been infested by insects called Myoporum thrips, "an insect which unfortunately is having a devastating affect on the city's Myoporums," we were told.
The trees will be replaced with gingko bilobas, jacarandas and Catalina ironwoods.  Until then, you'll just have to enjoy this Google Maps view of the street in happier, leafier times: 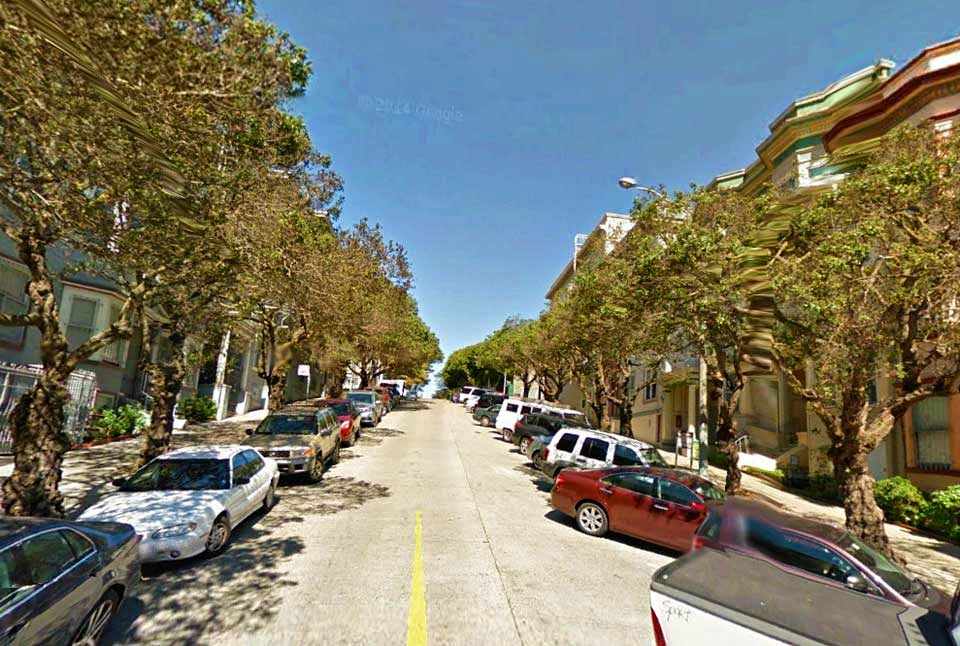