Photos: Rose Garrett/Hoodline
By Rose Garrett - Published on September 04, 2014.
San FranciscoDivisaderoAlamo Square
Popeyes, one of Divisadero's longest-standing restaurants, has been closed for construction for over a week, and readers have been clamoring to know the fast-food restaurant's fate ever since a sublease for the business hit the market back in April. Now, we're here to end the agonizing uncertainty for Popeyes' many fans, detractors, and other interested parties.
As it turns out, Popeyes itself is going nowhere. However, the Popeyes brand is moving on up, with our humble eatery the latest in a national rebranding effort that prompted the recent makeover.
Here's a reminder of what the old Popeyes looked like, possibly on its least photogenic day in recorded history: 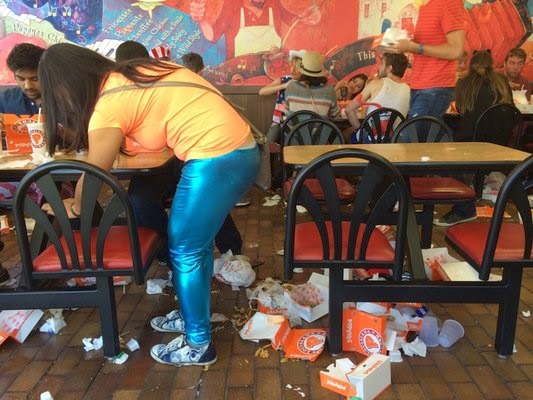 Charles F./Yelp
And here's a glimpse of the old counter and menu signage: 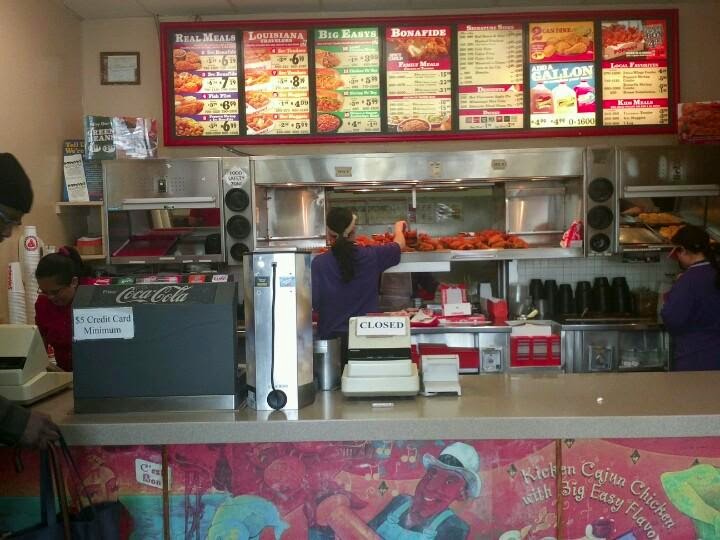 I C./Foursquare
Yesterday, Popeyes reopened with a vastly different interior look and feel, albeit with the same tantalizing fried chicken aroma. As you can see below, the former Popeyes space has been revamped with wood-paneled walls, colorful tile accents, trendy lighting fixtures, a divider topped with wrought iron and a circular piece of signage hovering halo-like above it all. Two flat screen televisions are also new to the scene, as is a snazzy new beverage dispenser. 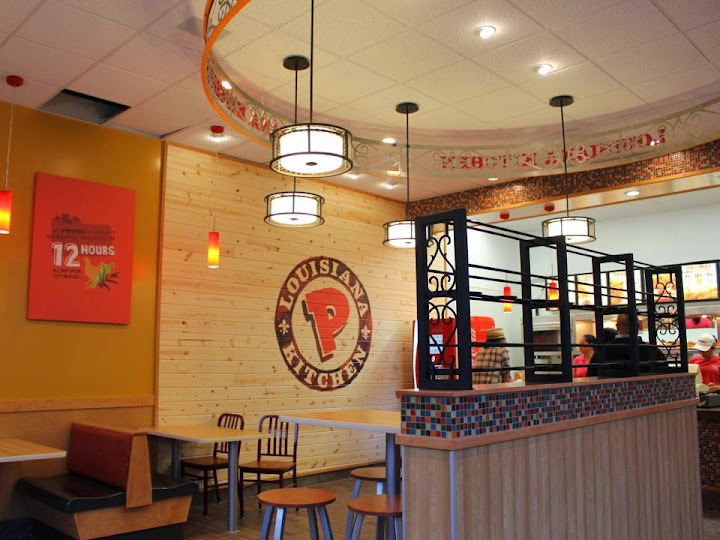 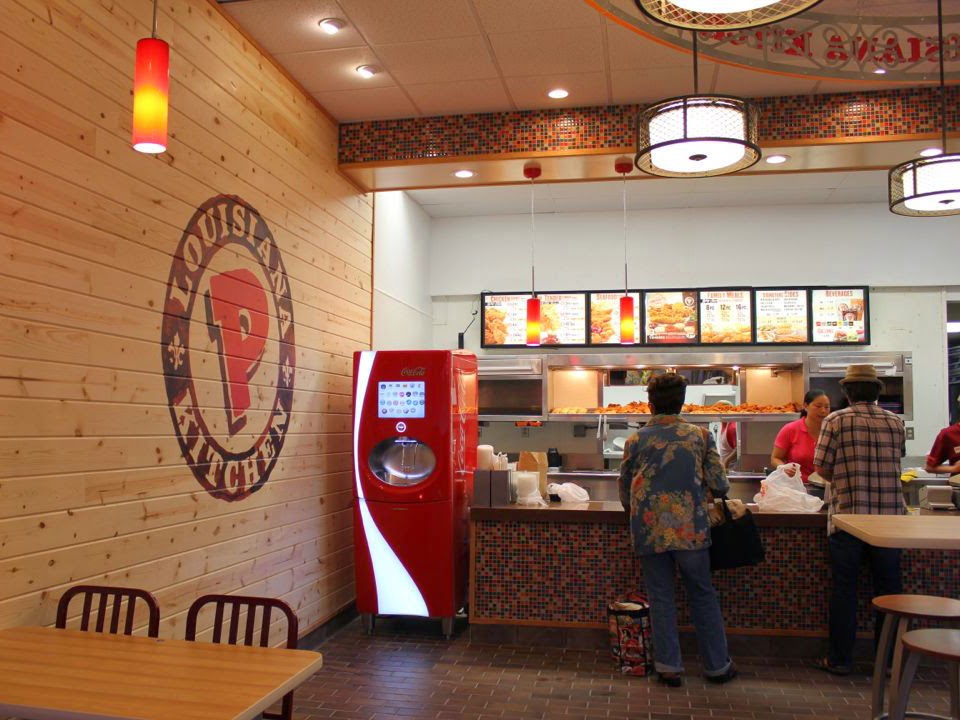 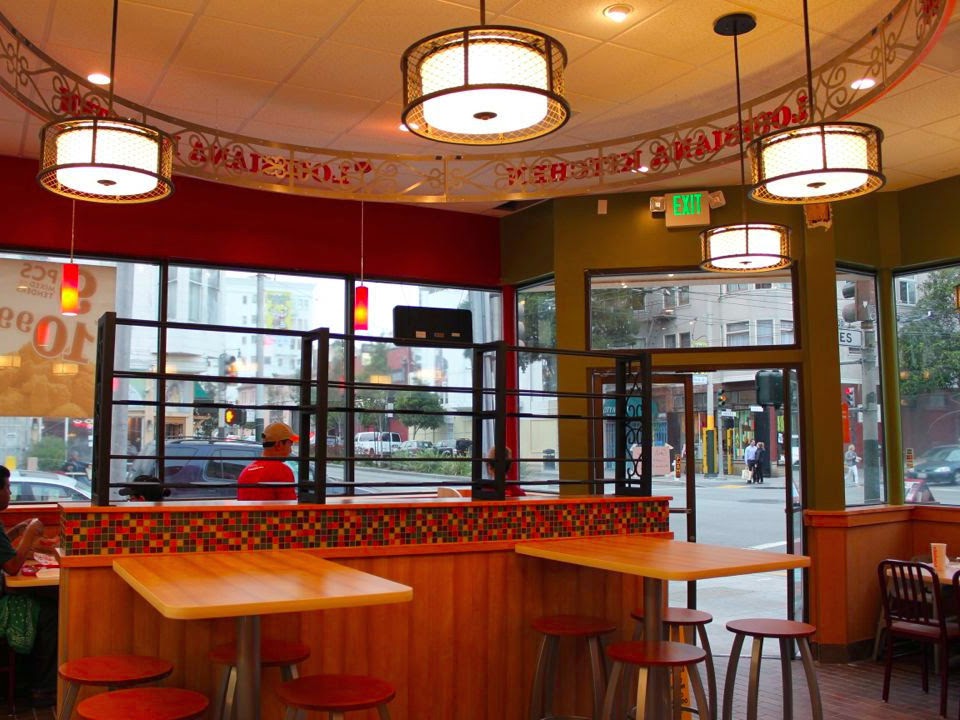 Though the changes to the Divisadero Popeyes—which has been held up as a bastion of the neighborhood's past in a rapidly gentrifying present—feel quite personal, the swanky revamp isn’t exclusive to our local chicken franchise.
Last year, the Washington Post published an in-depth look at the chain's new direction, which marks both a fresh design and a shift from the “Chicken & Biscuits” tagline to the ostensibly sleeker “Louisiana Kitchen.” According to the article, the 60 percent of Popeyes locations that have remodeled are doing markedly higher sales, and the company is now growing faster than any other chicken brand, most notably its direct competitor KFC.
In short, the company, which started in the 1970s and barely limped through the 90s, is undergoing a massive turnaround that's culminated in a new look, a new marketing strategy, and a plan, according to Popeyes president Ralph Bower,  to find new customers beyond the restaurant's traditionally African American clientele. 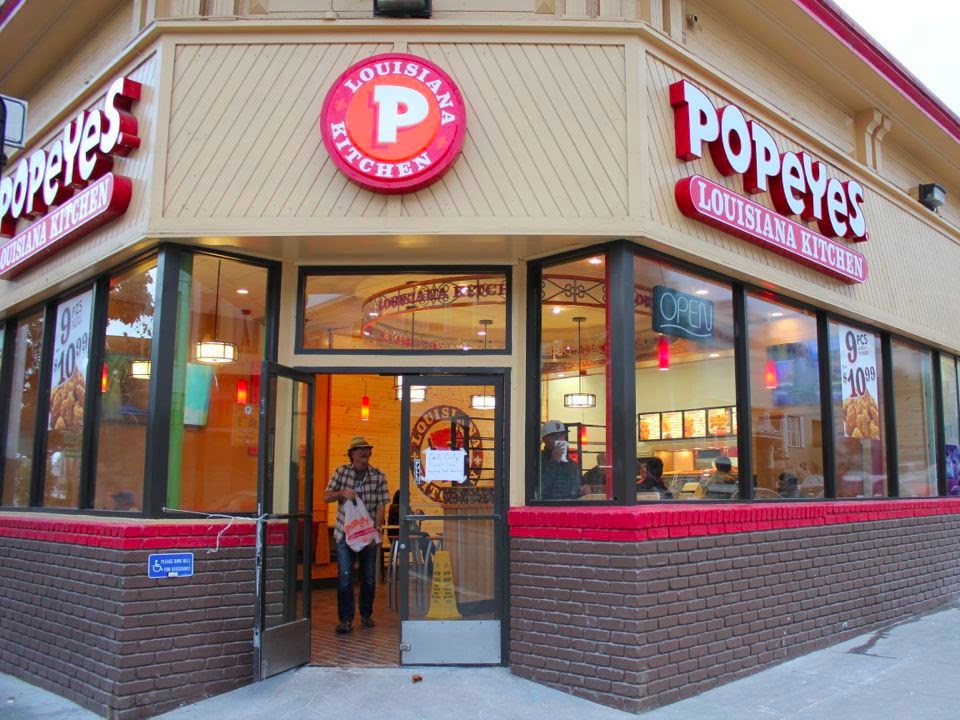 Though the change in direction seems to be working for Popeyes' national brand, it remains to be seen whether the revamp will satisfy the Divisadero location's core clientele, let alone attract new patrons. Yesterday evening, however, the place was doing brisk business with customers who seemed to dig the new look.
On that note,  we'll turn it over to you for your thoughts on the brave new Popeyes of today.
Stephen Jackson contributed reporting to this article.
San FranciscoDivisaderoAlamo Square
About 17 hours ago