Photo: Roy McKenzie/Hoodline
By Roy - Published on October 24, 2014.
San FranciscoCastro
Sliderbar at 2295 Market Street has been closed until further notice by the San Francisco Department of Public Health, which placed a notice on the restaurant's front door yesterday citing an "imminent health hazard." The restaurant placed two signs in the window indicating that the restaurant has closed for maintenance. 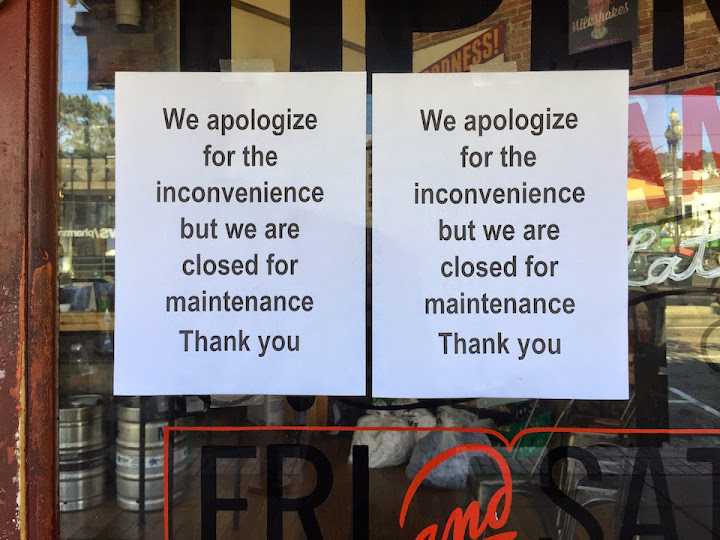 We spoke with a couple of employees coming out of the restaurant this morning, who said that the restaurant hopes to be open by next Thursday. However, only the DPH can reopen the restaurant after a Notice of Closure is given.
We've called the DPH to get the details on the latest inspection. Update 10/27: According to health inspect Ryan Clausnitzer, a cockroach situation prompted the closure.
According to the DPH's website, the restaurant has received good marks in the past and scored a 92 (out of 100) back in March. The restaurant has, however, been marked down by the DPH in past inspections for "unclean or degraded floors walls or ceilings" and "unclean or unsanitary food contact surfaces."
Being shut down by the Health Department is never a good sign for a restaurant. Hopefully the owners of Sliderbar will take this opportunity to clean up the restaurant's facilities and avoid further health issues.
h/t Castro Bubble