Long-Vacant Gough And Eddy Plot Up For Development

Image via Google Maps
By Rose Garrett - Published on October 22, 2014.
San FranciscoCivic CenterHayes ValleyFillmore
The parcel of land on the southeast corner of Gough and Eddy has a quite a history, both as a beautiful church and Vertigo shooting location destroyed in a fire, and as a vacant lot now approaching a decade in limited use. Though it meant venturing a bit north from our normal Hayes Valley coverage area, we traipsed up the hill to check out the latest.
Back in June of 2012, Socketsite reported that a proposal to build 100 condominiums and a new 9,701-square-foot ground floor church was on the table, but there's been nary a peep about the plans until recently, when news came that the land had been placed on the market by the St. Paulus Evangelical Lutheran Church, the current owner, with plans for an 80-foot condo development in the works.
Before the location's current life as a vacant lot began, it was occupied by the St. Paulus Evangelical Lutheran Church's, well, church. Built in 1894, the church was added to the National Register of Historic Places in 1982. 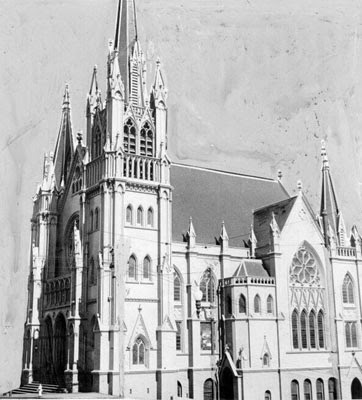 The church was partially burned in 1940, but recovered and continued to operate until November of 1995, when it burned down completely in a tragic loss for the area's architectural landscape. Nothing has been built on the property since. 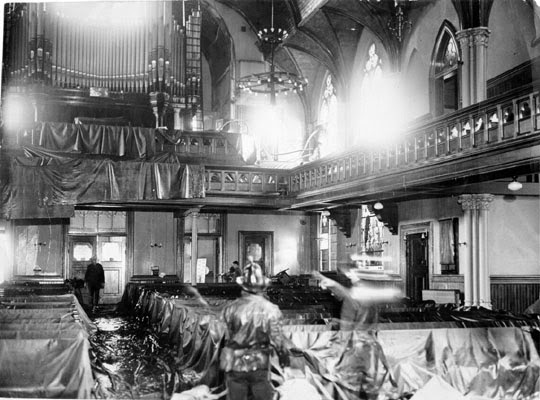 Firemen inside the church after the 1940 fire. (via San Francisco Public Library's History Center)
In 2010, the plot was loaned out to the Free Farm, much in the way that the Hayes Valley Farm occupied the 450 Laguna location until June of last year, at which point construction on the upcoming Avalon Bay apartments began. 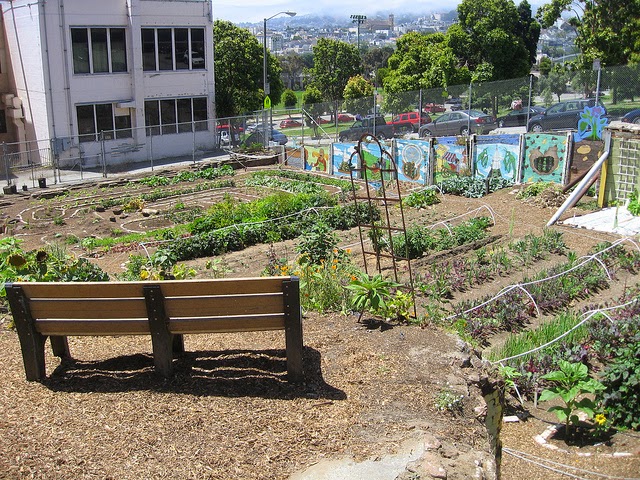 The Free Farm. Transition US/Flickr
The Free Farm greened up the Gough and Eddy parcel temporarily, but it is no longer in operation, and the lot is once again completely empty. But while it's too early to know exactly what's next for the lot and when we might see construction beginning, it certainly looks like another mixed-use building with residential units could be on its way.
San FranciscoCivic CenterHayes ValleyFillmore
Oct 22, 2021