Photo: Rose Garrett/Hoodline
By Sim Blakeney - Published on October 08, 2014.
San FranciscoHayes Valley
As we mentioned a couple weeks ago, the Hayes Valley Neighborhood Association is organizing a brand-new block party set to take place this Saturday evening.
The goal of the event, aside from providing an evening of entertainment, is to raise money for the arts committee of the HVNA and the Hayes Valley Art Coalition in order for them to provide continuing public art and performances in Hayes Valley.
"The idea came about because I walk by Rose Street, the alley beind Zuni Cafe, almost every day and it has so much potential as a living alley, or a commercial street like Belden Place of Claude Lane," said William Bulkley, HVNA's president. "There have been many art galleries on that street and now the art bar Hotel Biron and Salle Paino carry that torch. Tibor Szabo of Salle Piano and I have been encouraging each other until finally we made it happen." 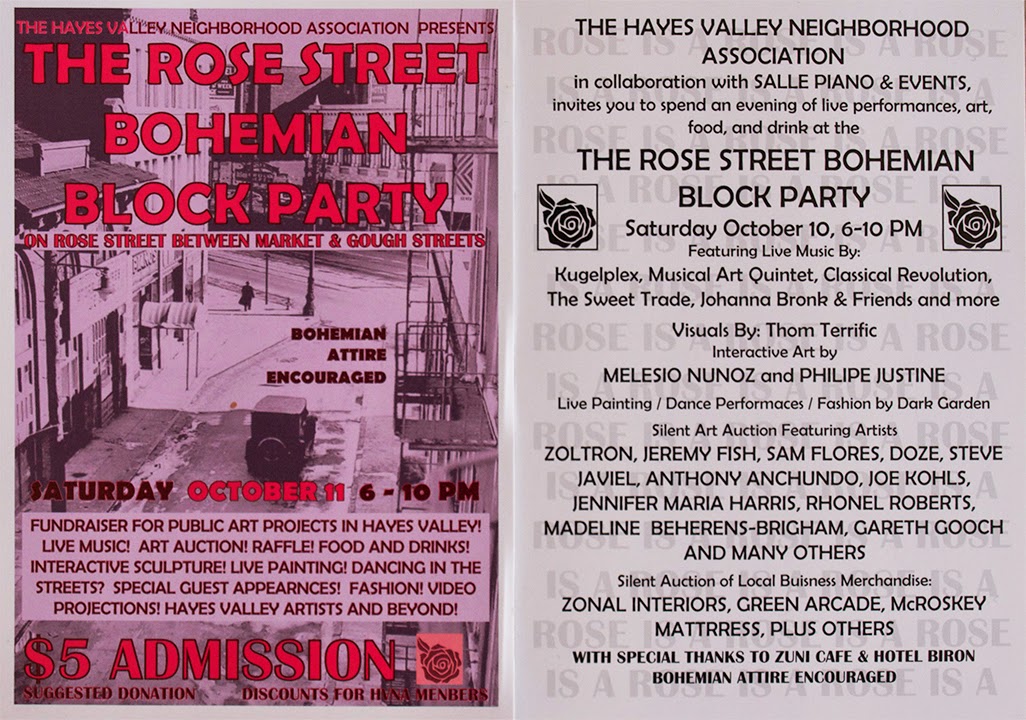 The party will host live music, including performances from Musical Art Quintet, Kugelplex, The Sweet Trade, Classical Revolution, and flute group Imperial Flutes, to name a few. The San Francisco Lesbian/Gay Marching Band is also set to wind through the event at some point.
There will be art from numerous Hayes Valley artists on display, with a silent auction of many of the pieces taking place at the corner of Rose and Gough. The auction will also feature art from internationally renowned street artists Hush, Sam Flores, Jeremy Fish, Steve Javiel, Doze, Zoltron, Eddie Cola and many more.
Some of the art that will be up for auction include the following works (clockwise from top left) by Doze, Hush, Jeremy Fish and Sam Flores. 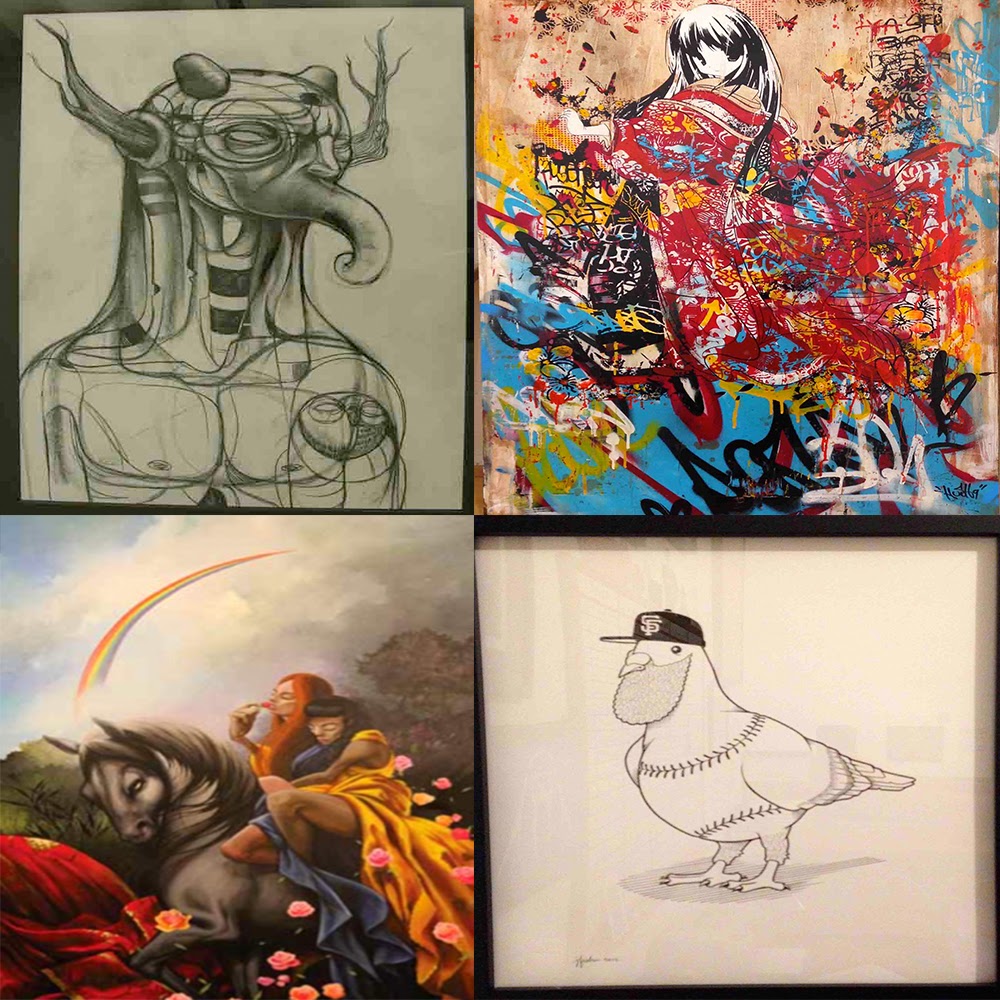 There will also be art performances taking place on Saturday evening, including:
Local merchants and restaurants have joined in to support the event with donated goods and gift certificates from the likes of Bar Jules, Chez Maman, Fiddlesticks, Green Arcade, McRoskey Mattress, Patxis Pizza, SF Opera, SF Symphony, Two Sisters and more, all set for the evening's silent auction and raffle.
And, finally, of course, as with all good parties, there will be a bar serving beer and wine, as well as a possible food truck. Hotel Biron and Zuni Cafe will both be open for business as well.
With this list alone, it looks like this is going to be a fun-filled evening, so get down to Rose Street between Market and Gough from 6pm to 10pm to join in. Admission is free, but a suggested donation of $5 is requested. And, bohemian attire is encouraged.
Why "bohemian"? Bulkley says that the theme "is an homage to Salle Piano and the concept of a classical music salon at the turn of the century," but he assures us that no one will be turned away for lack of themed attire.
We'll see you there!
San FranciscoHayes Valley
About 3 hours ago