Residents Between Haight And Page Wary Of New Parking Zone

Photo: Andrew Dudley / Hoodline
By Andrew Dudley - Published on November 01, 2014.
San FranciscoLower HaightAlamo Square
A few weeks ago, we reported on Area Q, the permit parking zone being proposed for a 66-square-block area around Alamo Square.
As folks have continued to examine the draft map, some residents on a few specific blocks are raising concerns. They've noticed that they live in a narrow no-man's land between zones, which they fear will make parking on their blocks extremely difficult. 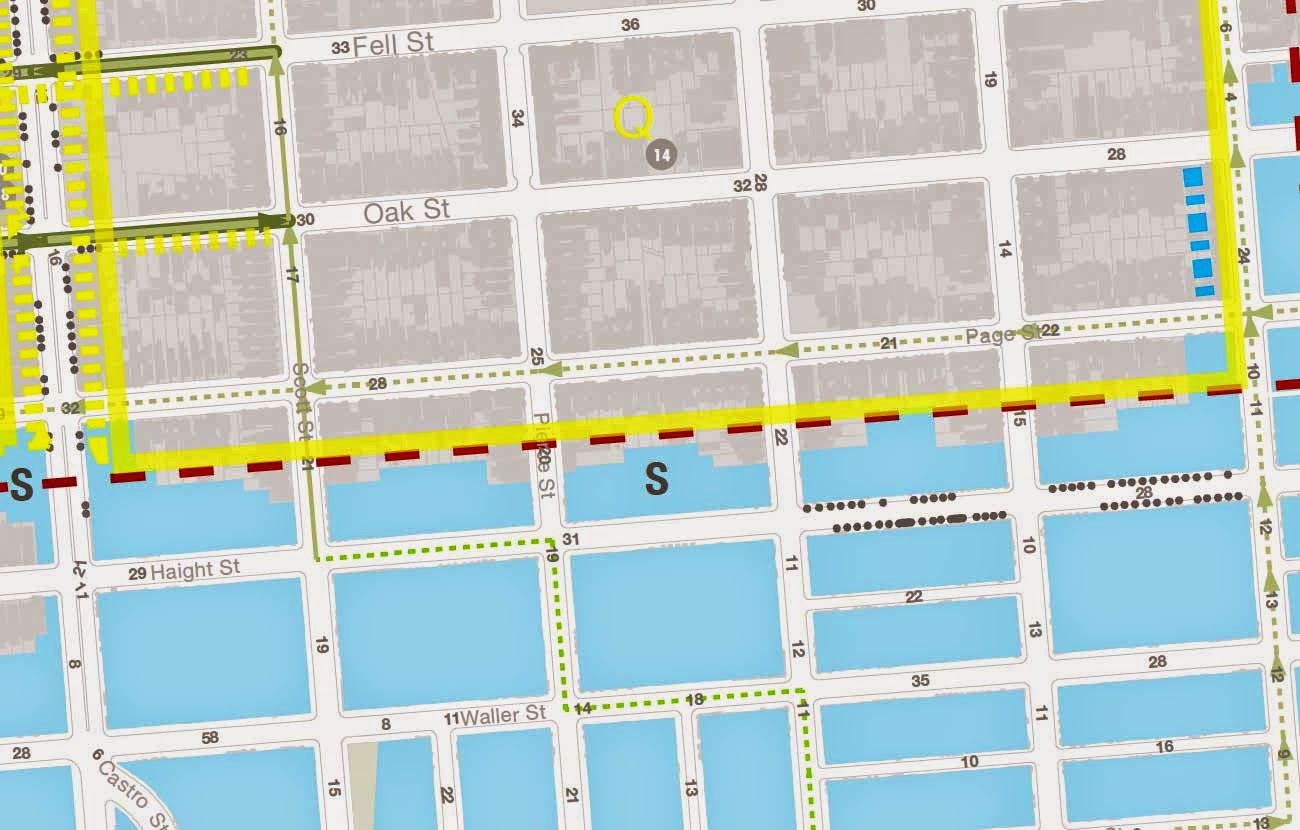 As you can hopefully discern from the above SFMTA map, the proposed Area Q (bounded in yellow) includes properties as far south as the southern side of Page Street.  Meanwhile, existing Area S (shaded in blue) extends north as far as the northern side of Haight Street.
So what if you live between Page and Haight, on a block like Scott, Pierce, Steiner, or Fillmore? Are you out of luck?
Currently, yes.
"If your residence is between Page and Haight, east of Masonic and west of Webster, you may not be within the originally proposed boundaries of RPP Area Q," SFMTA analyst Kathryn Studwell tells us. "The reason why [that area] is not included is because we had some push back from leaders of the Haight Ashbury neighborhood."
But Studwell says there's a remedy in the works for those residents who might potentially be left stranded.
"We want to include the blocks south of Page into the proposed Area Q. If enough of your neighbors express their desire to be part of the proposed Area Q, we will process those requests so that they become eligible to purchase the Area Q decals for their cars (and the Area Q signs are installed) at the same time as the rest of Area Q. We do not want you to be left out."
To get your block included in Area Q, Studwell asks that you collect your neighbors' signatures on an SFMTA petition and submit it to the SFMTA no later than December 1st.
And if you want to speak up before then, be sure to attend the SFMTA's public hearing on Monday, November 10th at 6pm at the San Francisco Day School auditorium (350 Masonic).
San FranciscoLower HaightAlamo Square
Feb 26, 2021