Photos: Nuala Sawyer/Hoodline
By Nuala Sawyer - Published on November 26, 2014.
San FranciscoDivisaderoAlamo Square
The seemingly never-ending saga of Acme Burgerhaus closing then opening then closing again has appeared to come to a resolution. According to tipster Paul C. and confirmed by liquor license activity, local pizza outfit Seniore's Pizza is slated to move in. 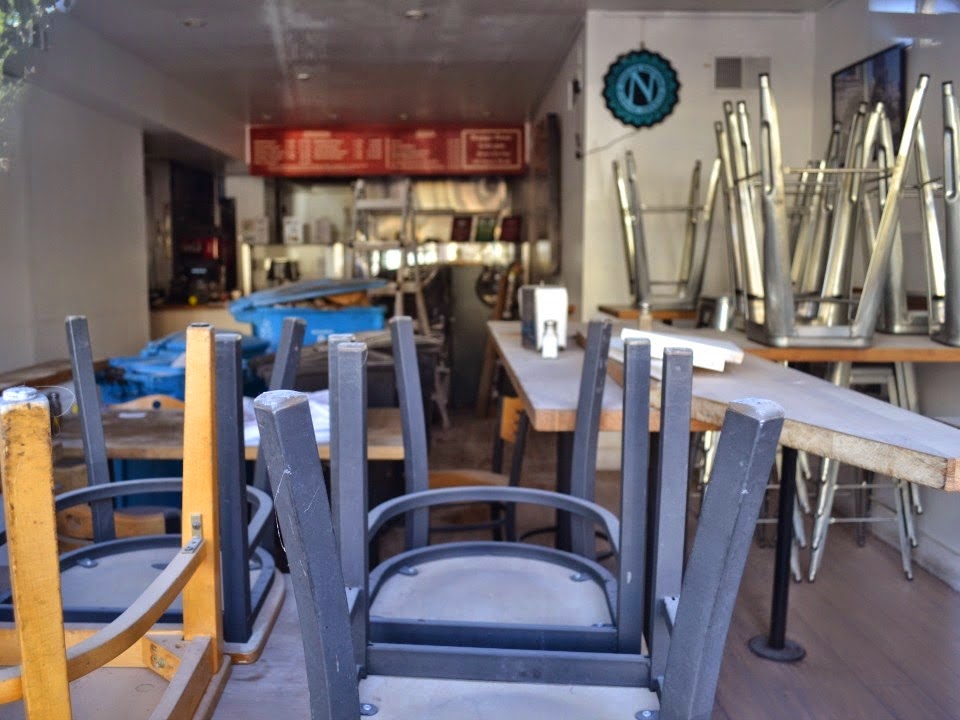 Acme owner Joe Dabit appeared to have been struggling to maintain the business for a while. In a phone call with him back in May, he shot down rumors that the business was closing, stating that it was merely closed for renovations. The most recent permitting for the space included the addition of a handicap-friendly bathroom in July of this year.
A second Acme Burgerhaus location in the Tenderloin only survived a year before shutting down.
Now, after six months of sitting empty, it seems that Bay Area pizza chain Seniore's Pizza will be taking over the space at 559 Divisadero. We've reached out to the owners for more info, but so far can only go off Seniores' website, which advertises that "quality pizza is our goal, fast delivery is our mission."
The online menu offers a selection of pizza by the slice, buffalo wings, salads, sandwiches and specialty pies. Seniore's has also applied to take over Acme's beer and wine license, so look for more adult beverages potentially on the way to the Divisadero strip.
559 Divisadero will mark Seniores' second San Francisco location, with the original located at 2415 19th Ave in the Sunset. Seniore's also boasts locations in Santa Clara, San Bruno, San Mateo and Berkeley.
With the opening of Primo Pizza down the street, Divisadero is now boasting ten pizza places, two more than when we round up the neighborhood's pizza roundup back in July. With everything from $5.99 for two slices and a soda at Primo to an $18 wild nettle pizza with Portobello mushroom and pancetta at Ragazza, there's arguably something for everyone (unless you're gluten-free and lactose-intolerant, in which case your options are far slimmer).
We'll keep you updated on when Seniore's plans to open its doors. In the meantime, start working up an appetite for more pizza in the 'hood.
San FranciscoDivisaderoAlamo Square
About 20 hours ago