If you're tired of squeezing into an overcrowded N-Judah train in the morning, there's new hope for your commute. Today, San Francisco-based private shuttle startup Chariot opened a new route that services Cole Valley and the Upper Haight and runs to downtown and SoMa.

Chariot started with the idea that its 15-passenger vans would run during commute hours and service neighborhoods with poor public transit options. The new "Cole Valley Cruiser" route follows roughly the path of the N, with three stops in Cole Valley, and two in the Haight.

Here's a map of the route: 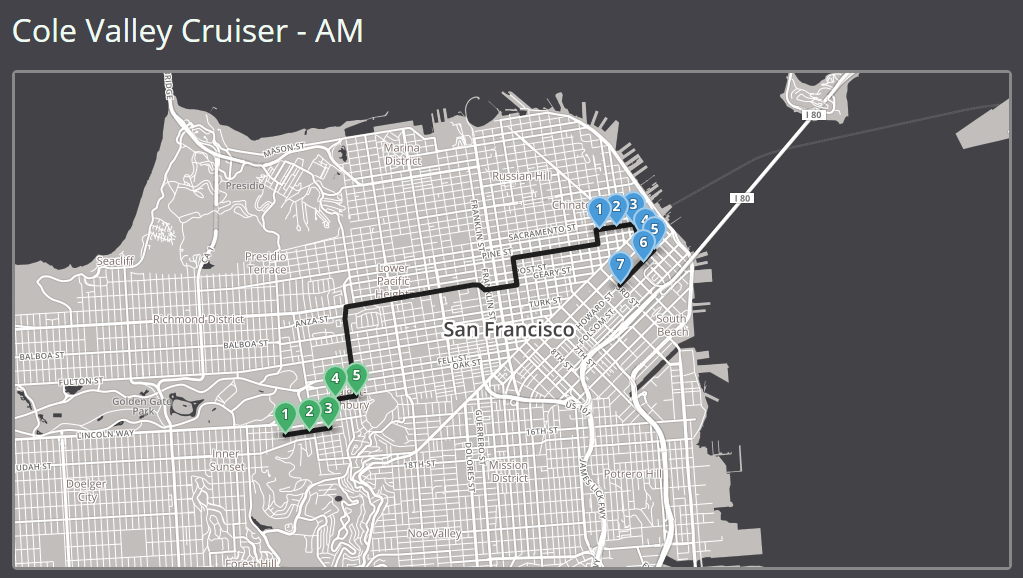 Chariot's co-founder, Ali Vahabzadeh, told Techcrunch that the idea for the new Cole Valley line came from local residents, some of whom live within steps of the N-Judah:

Chariot has been surveying potential users who have downloaded the app but don’t live in one of its service areas to determine which neighborhoods could be better served by a private shuttle service than existing public options. What it found was that, even though Cole Valley and Haight residents had nearby access to Muni trains on the N Judah line, those trains were so crowded during commute hours that they hoped for more convenient options. According to Vahabzadeh, “people even within steps of the train line were requesting surface transportation.”

What do you think of the new service? Will it help alleviate N-Judah overcrowding?