Our last look back at crime in the Inner Sunset focused on the grisly axe murder of butcher Egbert Annand, who died in his 9th Avenue shop at the hands of his delivery boy. Today, a roundup of stories from the meaner (and in many cases, unpaved) streets of the Inner Sunset from the early 20th century.

On July 23rd, 1905, The San Francisco Call reported that sisters Anne and Rose Flex appeared in Police Court. Anne was charged with “disturbing the peace of the Sunset district by ringing cow bells at late and unusual hours.” According to the report, this wasn’t the first trip to court for the Flex family, which “has been in the Police Courts before, charged with murdering sleep in the Sunset district.”

Rose Flex appeared to serve as her sister’s attorney, a legal strategy that was not well received by presiding Judge Fritz. After sister Rose “gave a sample of how she could argue,” he shouted for his bailiff to shut her down, stopping “what promised to be for the record a long distance oration in the Police Court.”

A different Police Court judge issued a warrant for the arrest of jeweler Joseph Gillis on January 5th, 1908. According to May McMurry of 1240 4th Ave., Gillis pawned a gold watch and a gold stick pin she had left with him for repairs.

Gillis was charged with felony embezzlement; adjusted for inflation, the $107.50 in goods he allegedly stole would be worth about $2,850 in 2015. 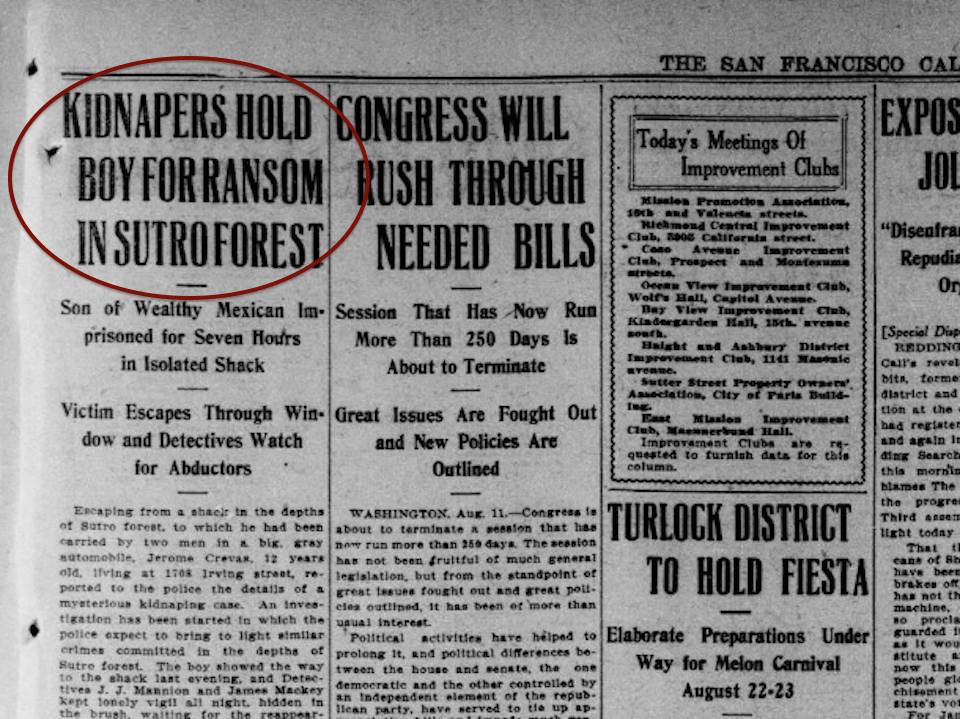 On August 12th, 1912, The Call reported that 12-year-old Jerome Crevas of 1708 Irving St. managed to escape from an “isolated shack” in Sutro Forest where two men and a woman held him hostage for several hours.

Crevas, the son of “one of the wealthiest Mexican merchants in Guaymas,” was playing in front of St. Anne’s Church at 14th & Irving on a Saturday afternoon when, “in full view of many people, a large, gray automobile pulled up to the curb.” A “well-dressed, middle-aged man” tossed Jerome in the rear of the vehicle before spiriting him past the almshouse (now Laguna Honda hospital) and “through the gate into Sutro forest.”

The kidnappers brought Jerome “to a lonely little shack hidden in a hollow” and locked him inside a small room. Once he realized that his captors left him alone, the boy crept through a window. “After an hour’s laborious walking,” Jerome emerged east of the present-day UCSF Parnassus campus, “ran down to the park police station and reported the kidnaping.”

Police visited the crime scene and verified Jerome’s story, but we weren’t able to find any follow-up reporting about the kidnap investigation. 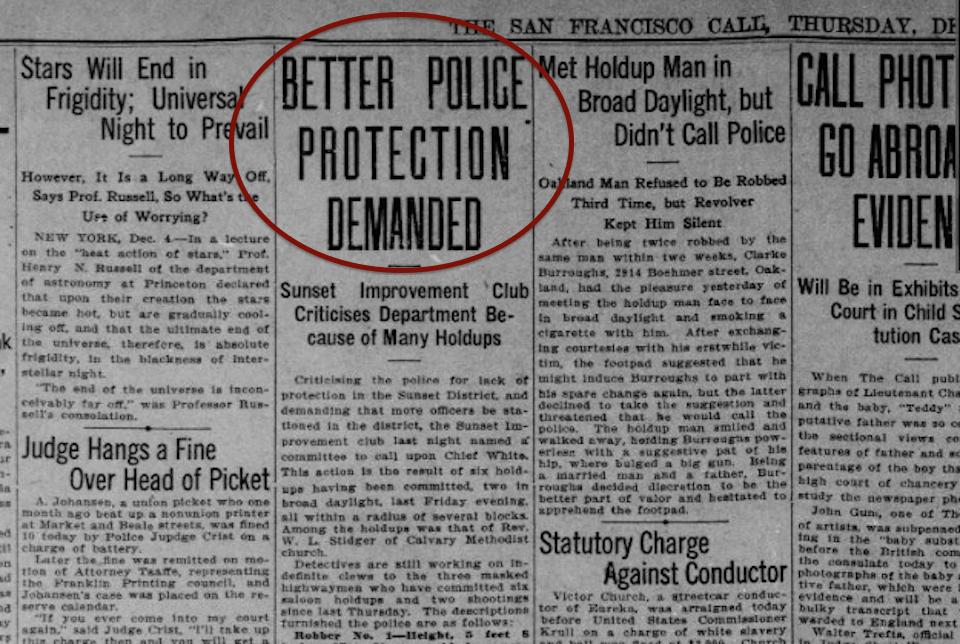 On December 4th, 1913, the Sunset Improvement Club voted to create a committee to urge SFPD Chief White to step up police protection in what was then a rapidly-developing neighborhood that lobbied actively for better public services.

The organization, an influential group of affluent homeowners and merchants, was spurred to action by “six holdups two in broad daylight, last Friday evening, all within a radius of several blocks.” One of the robbery victims was Rev W.L. Stidger of Calvary Methodist Church. At the time of publication, SFPD detectives were still gathering “indefinite clews to the three masked highwayman who have committed six saloon holdups and two shootings” in the prior week. 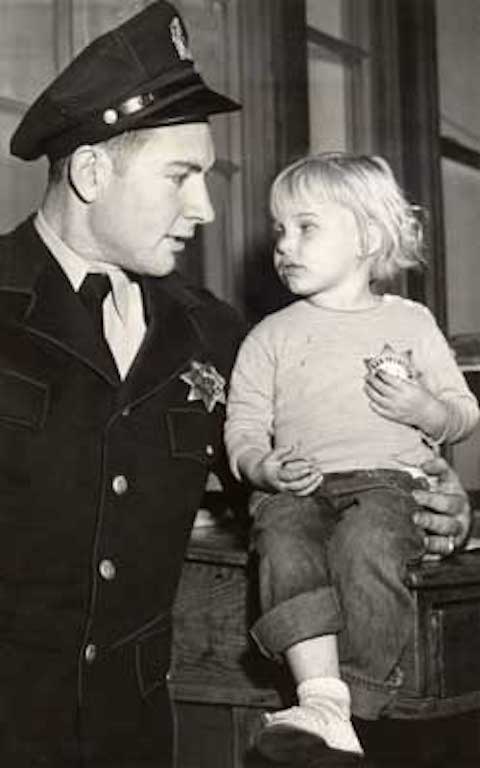 Finally, a happy ending: the June 9th, 1950 edition of the The San Francisco News-Call Bulletin reported the good news that 2-year-old Linda Durand of 1737 Clayton St. was reunited with her mother at Park Station after police discovered her “wandering around at Haight and Clayton sts." In the photo, Linda “tries on a policeman’s star, under Patrolman Brian McDonnell’s approving gaze."

San FranciscoInner Sunset
About 6 hours ago