Meet The Misfits Behind 'The Last Black Man In San Francisco'

The title of the upcoming film The Last Black Man In San Francisco makes an obvious statement about the city losing its black population. It's down more than a third over the last two decades to just 6.3 percent, as of the 2010 census.

But it’s also making a broader point: that with increasing uniformity in race and culture, the city could stop being a creative engine for the world.

This is the appeal that the creators are making today as they launch a Kickstarter campaign to help them continue the narrative feature in pre-production. 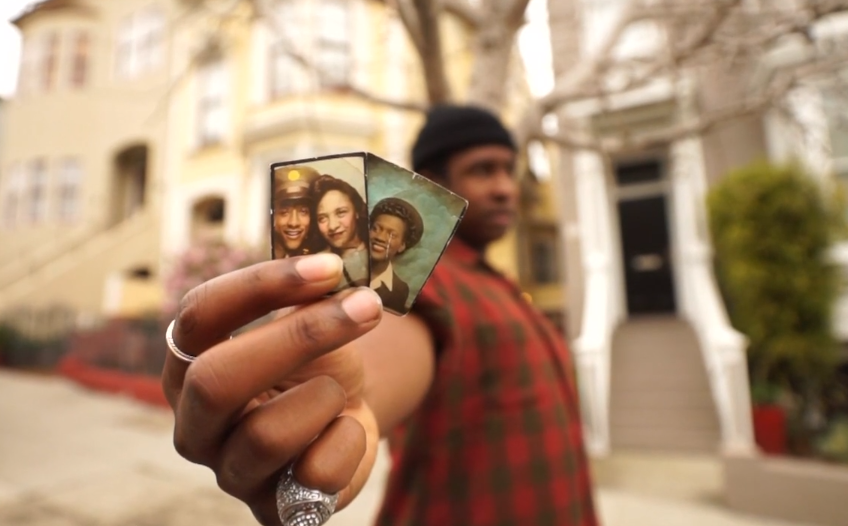 On a recent sunny afternoon at Precita Park Cafe in Bernal Heights, surrounded by nannies and professional dog walkers, Hoodline met with filmmaker Joseph Talbot and actor Jimmie Fails. They are two born-and-bred San Franciscans and self-proclaimed misfits who have found themselves worried and out of place in the city these days.

The film is inspired by the real-life story of Jimmie, who plays a fictionalized version of himself. In it, the third-generation San Franciscan dreams of buying back the family’s Fillmore District home his grandfather built in the 1940s. In a mirror to the neighborhoods changing and small businesses being lost to the “new San Francisco,” Jimmie’s family lost ownership of the house when he was just a young child.

The film follows Jimmie and his quirky friend Prentice as they try to find a place in their rapidly changing hometown, just like many of the misfits and eccentrics here are struggling to do today. 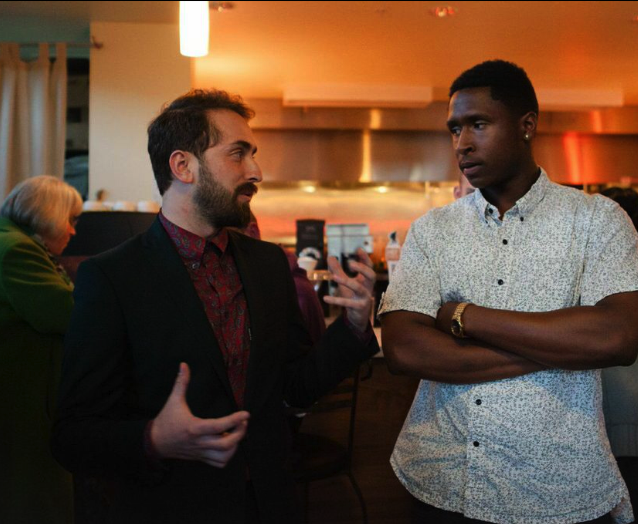 Talbot and Fails at a preview screening. Photo by Laila Bailman.

Hoodline: Nowadays it’s harder to pinpoint a 'classic San Franciscan' — do you consider yourself one?

Jimmie: "Of course! I grew up in the projects having friends from different cultural and economic backgrounds and, on any given day, you can catch me with any of them. That’s how 'classic SF' operated ... Just look at Joe and me. We probably look like an odd couple, especially in the new SF, and yet we’re best friends.

"You see less of that 'crossover' now than ever before, and what was once here is less and less remembered. San Francisco has become impersonal. There is no cultural connection and this film is about me trying to find my place in the 'new San Francisco' which has become such a fast-paced city."

What is your inspiration behind this film?

Joe: "Well, when Jimmie and I met as kids, we became friends quickly. We bonded over this feeling that we didn’t quite fit in one specific niche, because as kids, we’d each spent so much time in all corners of the city with all different kinds of people.

"As we got closer, Jimmie and I would go on these long walks through Bernal and talk about feeling like misfits, and Jimmie would tell me stories about his upbringing and the house he’d once lived in, and that’s how we began dreaming up 'The Last Black Man In San Francisco.'"

The Last Black Man in San Francisco is a bold title. How do you expect your audience to relate to your film?

Joe: "The film is a character-driven story about friendship. And ironically, Prentice Sanders, Jimmie’s best friend in the film, is not a stand-in for me. I think Jimmie and I confront the world head on, and Prentice sort of hovers above the fray.

"If Jimmie is like a young Jean Gabin, Prentice is like a Napoleon Dynamite. They’re very different, but they’re bonded as outsiders. Within their friendship, the film deals with race and class and the changing city of course.

"And while the film has a very specific title, I think Jimmie’s character is universally relatable. Not just because what’s happening in SF is happening in other cities as well like NY and even London. But because in real life, as well as in the film, he’s a classic San Franciscan; which is to say, a great combination of all these different influences — he’s a skater, he’s a history nerd, he’s from the 'hood but his friends are all across the board — he doesn’t fit neatly into a box." 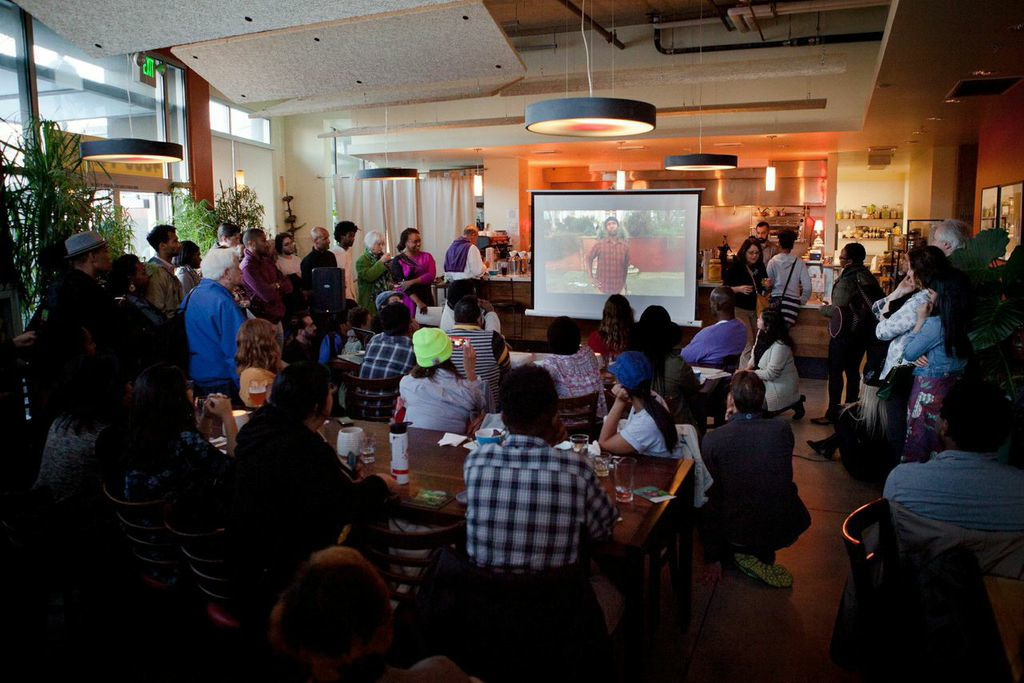 "And we are not necessarily trying to send a message to people. I think we are asking the question of 'who deserves to live in San Francisco?'

"Because that’s all anyone is talking about these days. We look at this film as an opportunity for our audience to personally get to know someone whose life has been affected by losing his home, foundation, and sense of community."

People may be wondering the outcome of whether or not Jimmie was able to buy back his home– and we certainly don’t expect you to tell us, but tell us how your fans could we keep up with the progress of this film?

Despite Jimmie’s complicated relationship with San Francisco, he's chosen to stay and work with Joe on this creative project.

The film is currently in pre-production, but it is already receiving strong support. On March 31st, Joe and Jimmie partnered with Andrea Baker Consulting and hosted their first event during Community Tuesdays at Radio Africa & Kitchen, introducing the film to the Bayview District (where they plan to film most of the movie) with a special meet-and-greet. This event drew in over 300 attendees.

If you'd like to support the Kickstarter campaign you can donate to it here.

And you can check out a preview below:

"The Last Black Man in San Francisco" from Joe Talbot on Vimeo.