Momi Toby’s Stays A Quiet Place In A Busy Neighborhood

When the opportunity to purchase Momi Toby's Revolution Cafe was first presented to Anthony Shou in 2012, he wanted no part of it. But the San Francisco native had enjoyed hanging out in Hayes Valley and the cafe long before the recent changes in the neighborhood, he explains. So when he found that Momi Toby’s Revolution Café was available he was excited to check it out.

The spot has been a neighborhood destination for anyone wanting a quiet spot with decent prices since 1993, and a place for local artists to showcase their works. (For those wondering, the colorful name apparently comes from the great-grandmother of one of the original proprietors, who was Pancho Villa's head trail cook during the Mexican Revolution.)

But what he found was a business in utter disarray. In particular, the cluttered basement filled with junk seemed a sign of the trouble ahead. He passed on the offer and went on to other things.

In 2013, the café was under new ownership. The place had been renovated and was now up for sale once again. When Shou got wind of the new offer and went to look the place over again, everything had changed. Repairs had been made and the formerly cluttered basement was now painted, cleaned, and emptied of clutter. 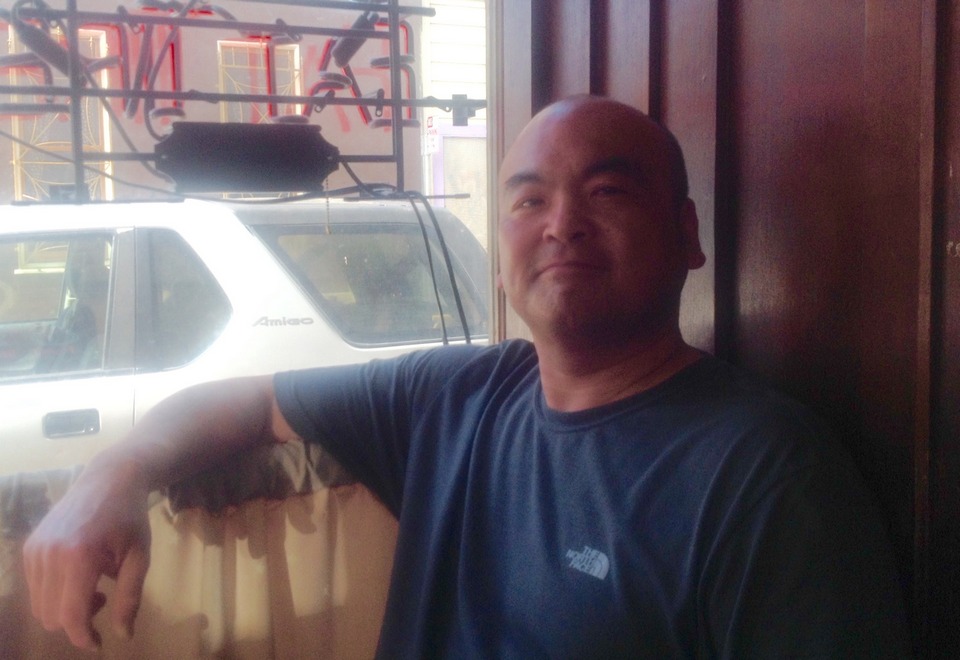 Even with these improvements and twenty years of restaurant experience, Shou says on paper Momi Toby’s had looked like a terrible investment. He says he felt resolved not to go forward when two notions began to haunt him.

One was his father, the other was the thought that, if he didn’t buy the café someone else would, and Momi Toby’s would cease to exist.

Shou's father had been in the restaurant business and had been proud that his son owned several San Francisco restaurants in the past. Shou thought owning Momi Toby's would be a way to honor his father's inspiration and sacrifice.

And over the last two years he’s been proven right on the second point. He's received nine separate offers to buy the business, and not one of them had plans to preserve or maintain the café.

Speaking to Shou, one of the things that seems clear, aside from his intelligence and deeply thoughtful nature, is just how much his practice of allowing the right things to manifest themselves affects how Momi Toby's is run.

For example, when he brought the business the café staff began to leave for one reason or another but he didn't replace them. “True, it was partly economic, but it was also just what needed to happen," he says. “I needed to be here more.” 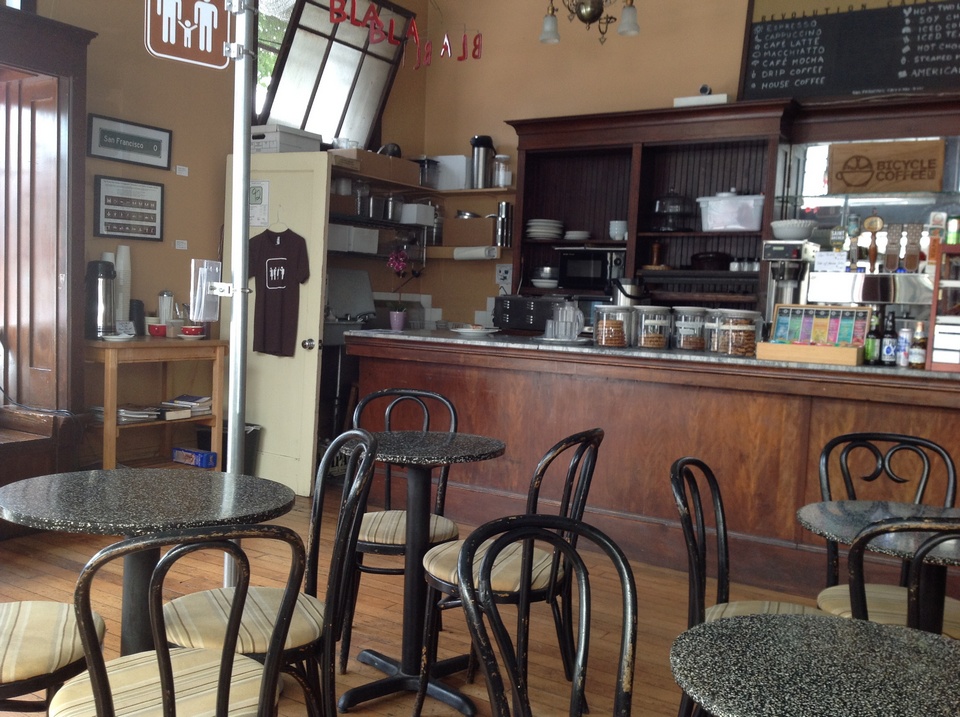 Asked about his decision to get rid of the Wi-Fi in the café, he corrects us. “I didn’t get rid of the Wi-Fi.” There were problems with the Wi-Fi connection and when it finally went down it occurred to me that perhaps the café is meant to have no Wi-Fi.  After the Wi-Fi service stopped, “I noticed people reading more, talking to one another, or sitting in quiet contemplation. He smiles quietly and says, “I like that.” 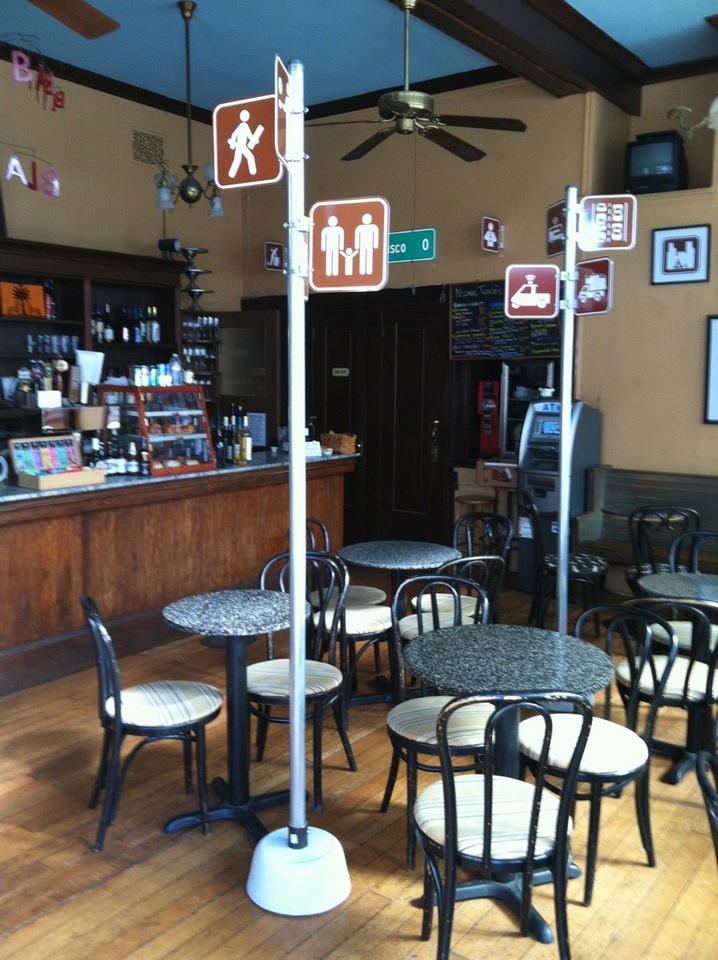 One of Momi Toby’s traditions that has continued is showing the work of local artists. "San Francisco Sites: Urban Pictograms" by artist Michael E. Goldman is currently on display at the café. Anthony says local artists who are interested in showing their work at Momi Toby’s are welcome to stop by and talk with him about their work. He’s also open to having music or other sorts of evening gatherings return to Toby’s, music evenings were discontinued after the staff member who managed them left. Like the artwork, he encourages anyone who has an interesting idea for an event to come into the café and share their plans with him.

When it comes to the food service at Momy Toby's, Anthony tells me the menu has remained the same as it was when he bought the café. “People don’t come here to eat, food is often an after-thought.” Resisting the trend of micro-cuisine Shou has chosen a straightforward menu of soups, sandwiches, and salads. He says he's been thinking about serving a more artisanal food selection, but the idea is still percolating. 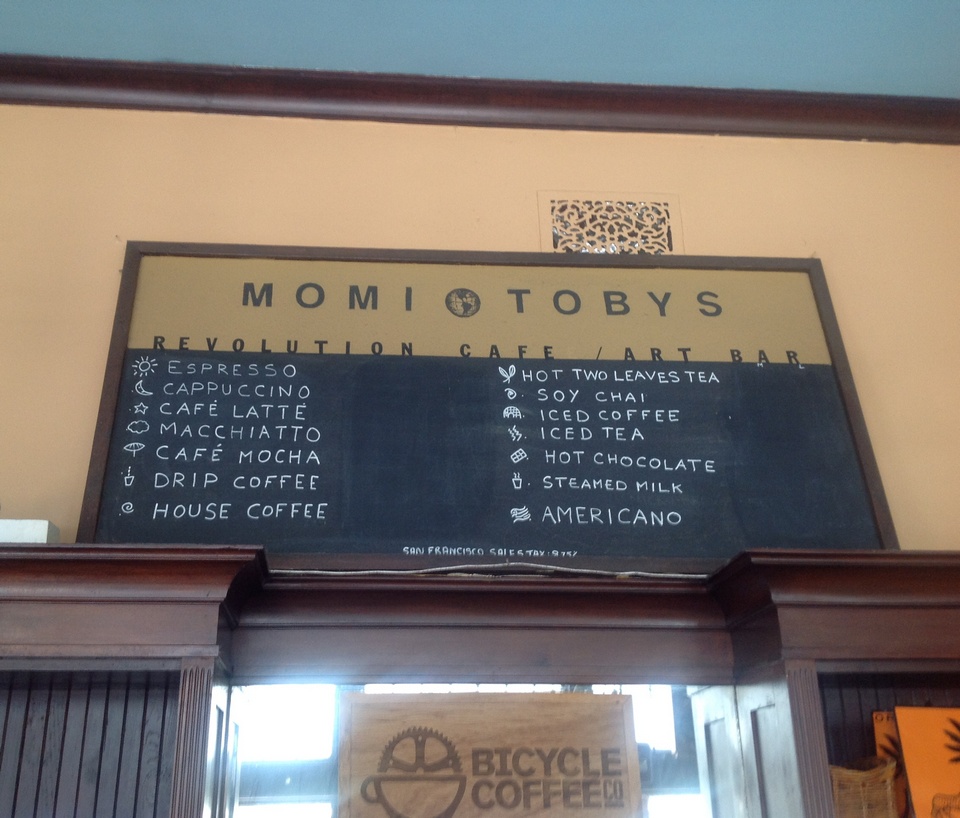 The café’s desserts which include ginger, chocolate chip, oatmeal raisin cookies, and lemon squares come from the San Francisco bakery Devil’s Teeth. The coffee is from Bicycle Coffee, also a San Francisco company.

For a café of its size, Toby’s has an impressive list of artisanal beers which Shou says he changes every 3-4 months. The wine list is equally impressive. Starting with an original 12 labels the wine selection has grown to 24 brands from makers around the world. The goal is to offer 30 to 40 different labels.

When asked about Momi Toby’s place in the history of Hayes Valley, Shou says, places like Momi Toby’s don’t just continue to exist. They take care and consideration, they take the active support of people to keep them alive.

Asked how he motivates himself to get through some of those 120-hour work weeks, “I think of my father, I think of my duty, responsibility, and obligation.” He says, “They give me the strength I need to keep moving forward in a positive direction.” 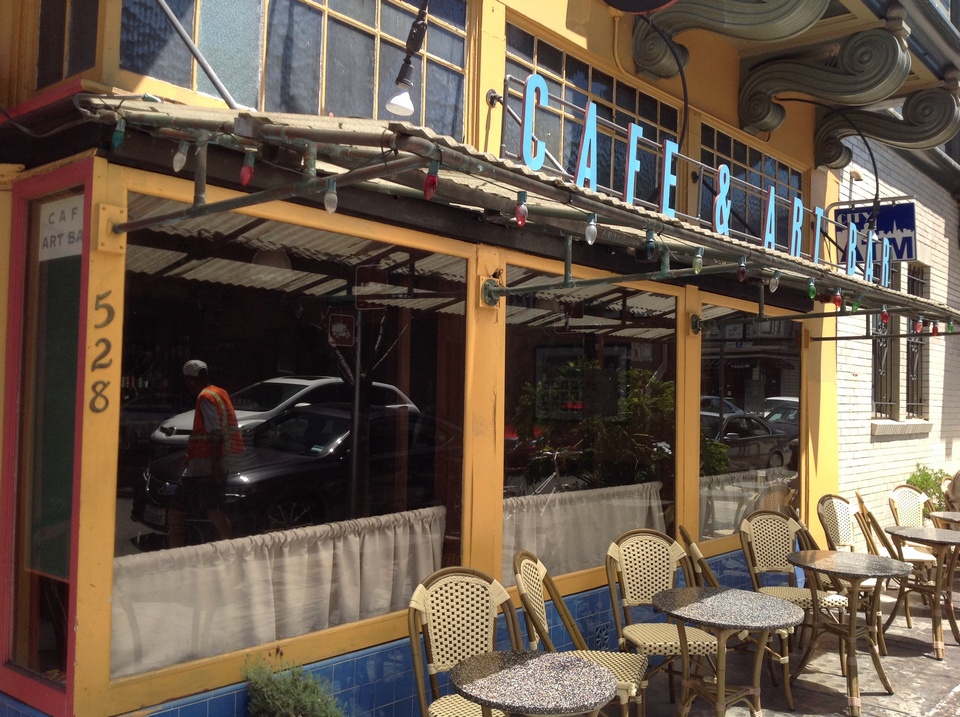 Momi Toby's Revolution Café is located at 528 Laguna St.; open Monday thru Sunday, 7:30 am to 10 pm. Shou says opening times may vary a little depending on how late the café is open the night before.

San FranciscoHayes Valley
About 21 hours ago