Souls Of The Embarcadero: Summer 2015

In our recurring "Souls Of" series from Dijon of Souls of Society, we travel through San Francisco's neighborhoods and bring you quick on-the-street snapshots of the people we meet. Today, a stroll down the Embarcadero. 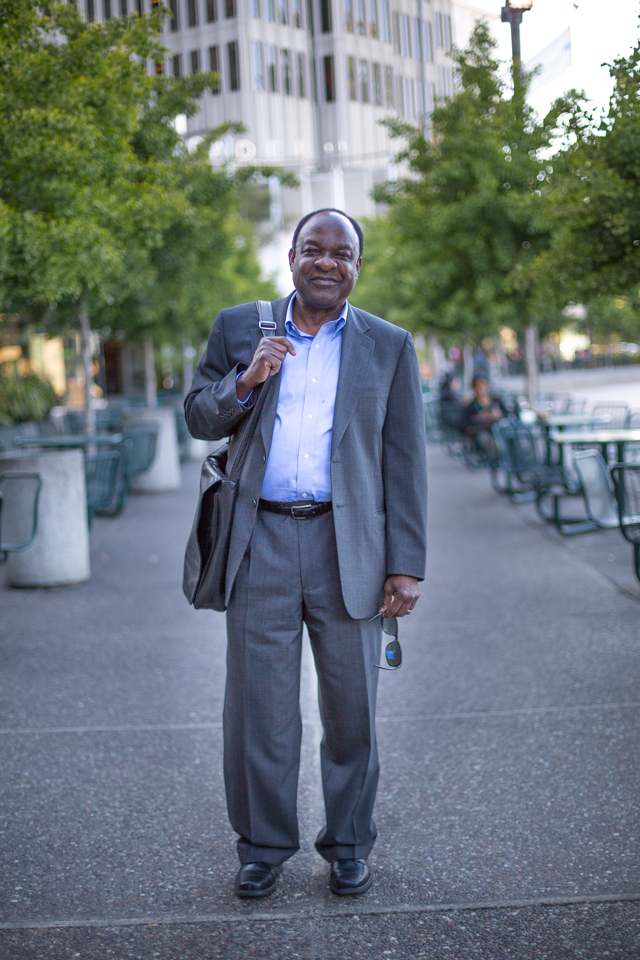 “I’ve been in San Francisco for over 25 years.”

What are you passionate about outside of work? 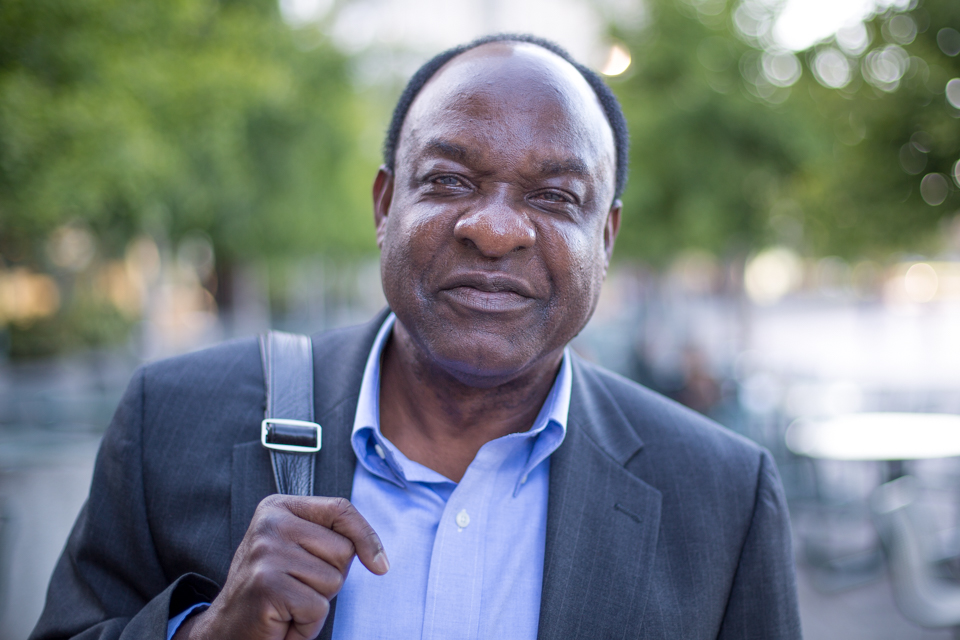 What’s the biggest accomplishment of your life?

“My family. My kids and my wife. My kids just won the football championships!” 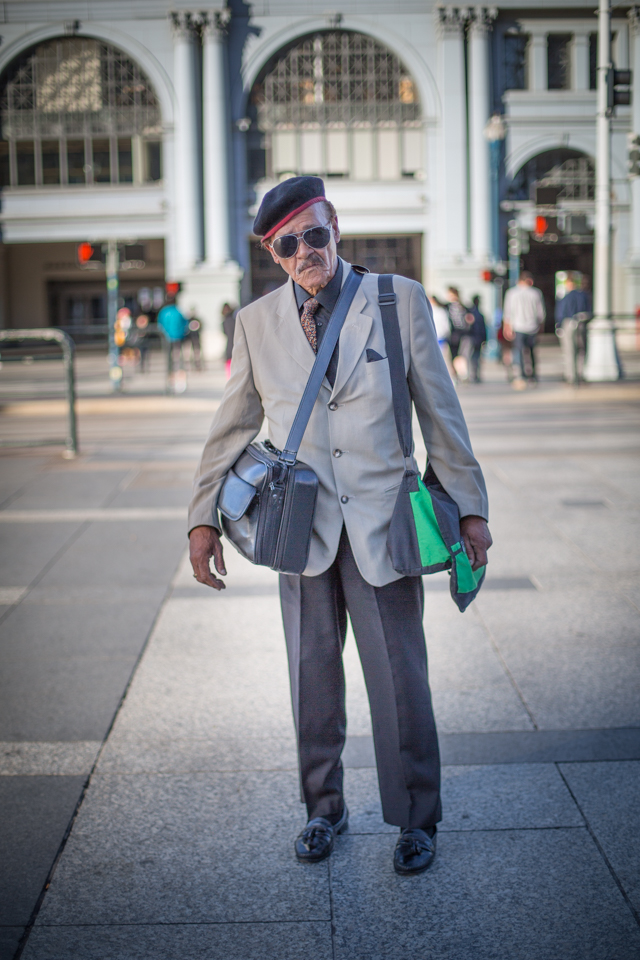 You seem like a man with wisdom. Any advice for young people?

"Go to school. You see all these young people walking around here on the corner asking for money for diapers for their baby ... stay in school.” 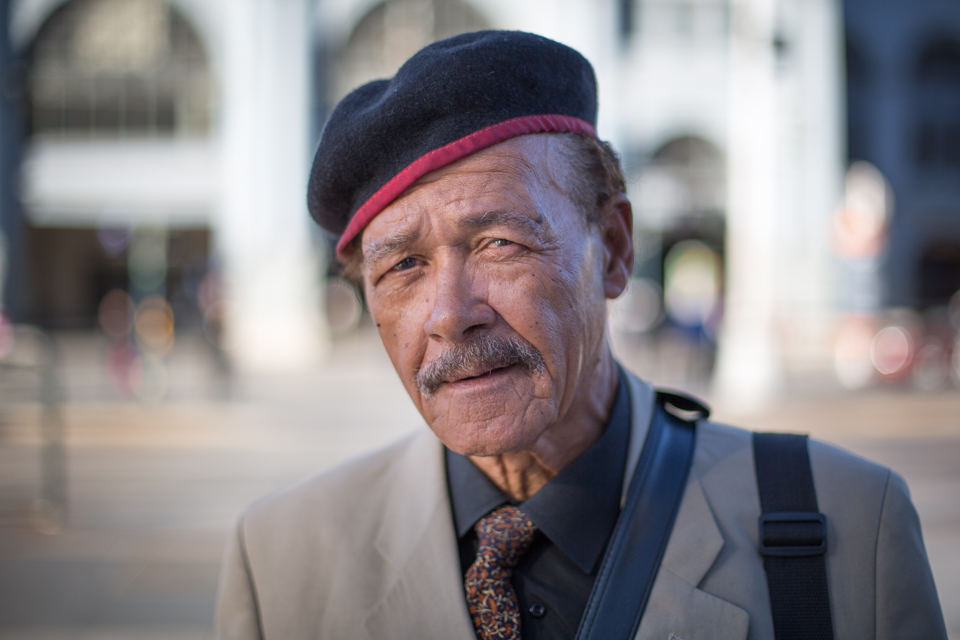 What do you think happens after you die?

“You either go to hell or heaven. I pray every day.”

Do you think you’re going to hell or heaven? 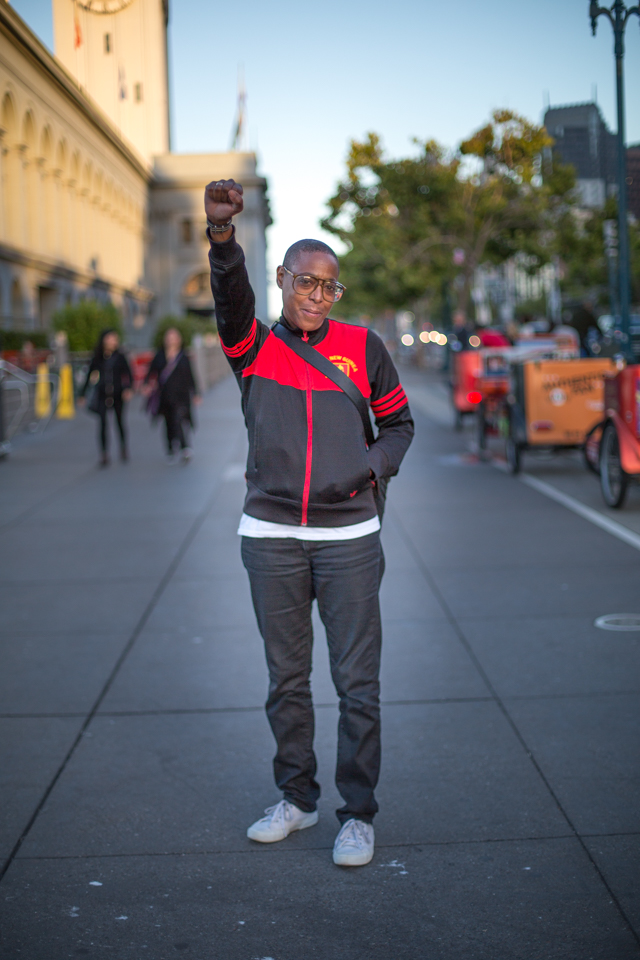 “When I moved here, this was all closed. This was all started and constructed by Willie Brown, a black man. You know who he is, right?”

Yeah, I was just reading about him in San Francisco magazine. It was the April 2015 issue, about the role he played in Chinese people being elected and appointed to government offices.

“Him appointing Chinese people is absolutely fine, but think about the relationship China has with holding our national debt. Also, their reach into Africa. There’s all this new Chinese money because they’re involved and benefitting from the resources in Africa. All the Apple phones, all the copper, all the zinc is mined in Africa, through the Chinese.

So Willie Brown may have done some things, but his being elected wasn’t dependent on the Chinese vote, it was dependent on the white upperclass. None of that does anything for the black folks that live here. We’ve been being pushed out of here since around 1988.” 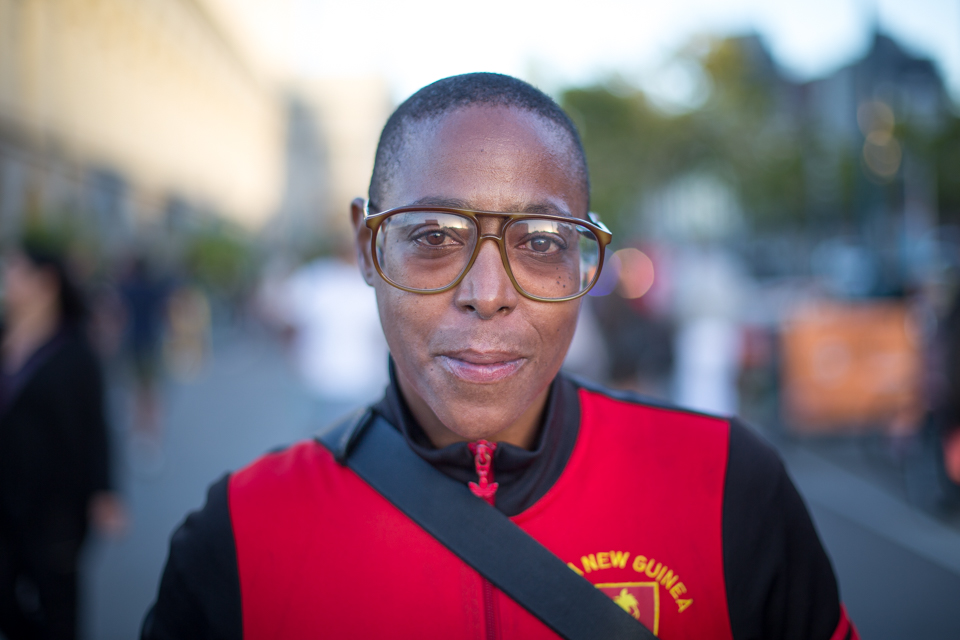 “I came here during a queer diaspora of gay and lesbian academics that moved to the Bay Area to study with people. I came to study with Angela Davis. I moved from Olympia, Washington, but I’m [originally] from Oak Park, Illinois. When you show up in a city like San Francisco, they embrace you like you’re from the ghetto, because there’s no strong black middle class. I’m from Chicago, where I have memories of black doctors and lawyers. Here, it’s zombies.

We have a game in San Francisco called ‘How many black people are there?' Oh, there’s one, there’s two. But not one of those black people, when you pass, will look you in the eye because of embarrassment or Stockholm syndrome.”

I’m here talking to you.

“I know, brother, but you’re the only one in all my years living here that has approached me to say squat. I went to the San Francisco Art Institute. I’m an artist: a photographer and a filmmaker. My craft is in the restaurant industry, as a sommelier, bartender and server. That’s how I make my cash. I’m always solo negro. Always.

A lot of us in the business have to prove ourselves all the time. The folks that encounter us don’t consider class, they just consider race. They see your face and think you 'grew up in the projects.' I grew up in a Frank Lloyd Wright home. Some of these white kids grew up in complete poverty, but they get pushed ahead, because of skin privilege. It’s a struggle out here, because there’s this sense of liberalism, but it’s one of the most racist places I’ve ever lived. There could be a rebel flag here. It’s the feeling. Look around.” 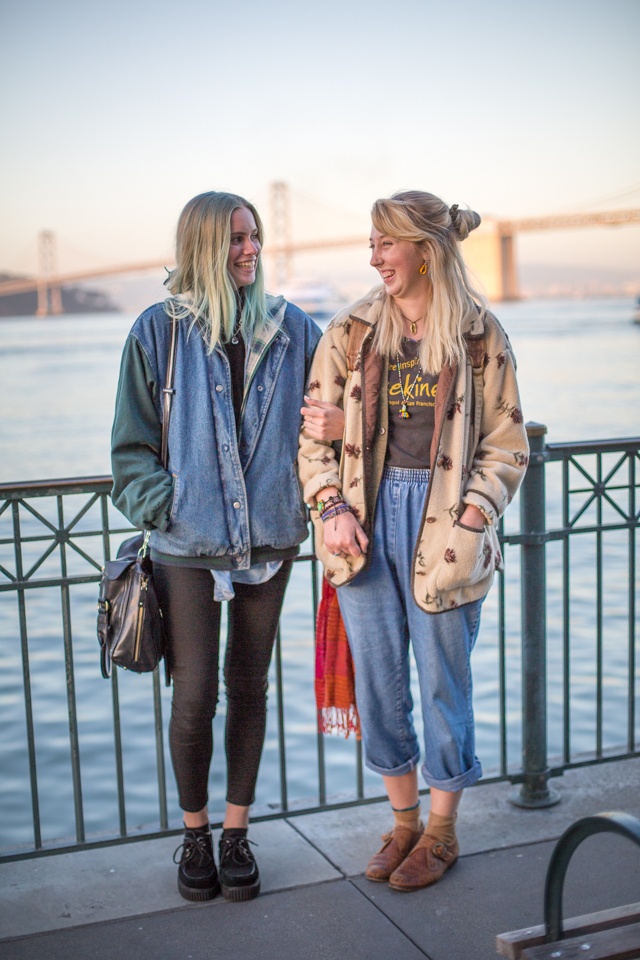 Left: “Nine years ago, I used to live here. I lived here for three years and moved, but now we visit each other during the summers. I’m here to spend time with my best friend.”

Right: “Any day I have off, we’re taking day adventures!” 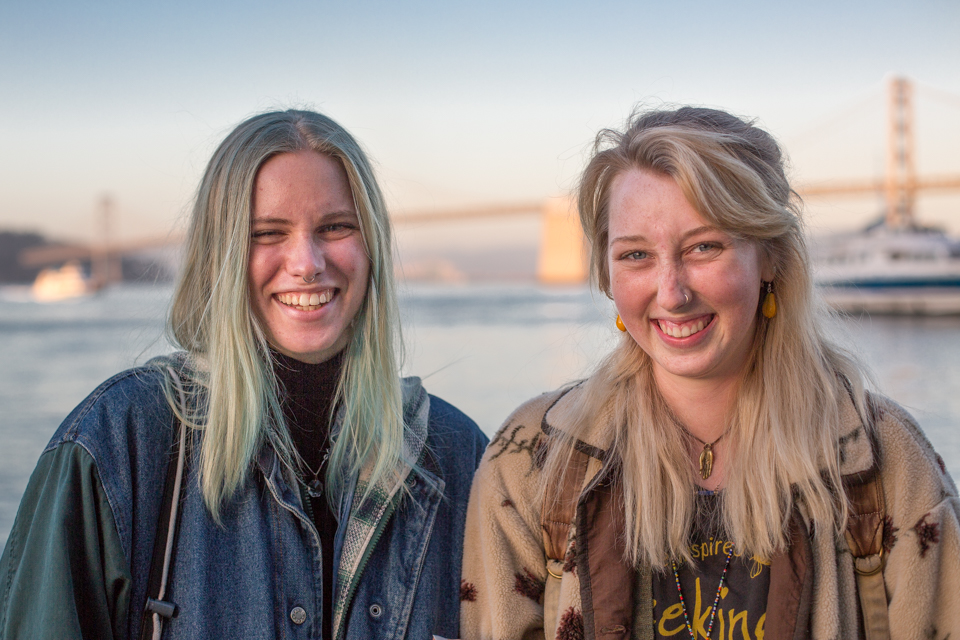 Left: “My favorite thing about her is her happiness and comfort. She’s my best friend. I can tell her anything, say anything, be sad or happy, and she’s not going to judge me.”

Right: “We’ve been through everything.”

San FranciscoEmbarcadero
About 8 hours ago