Tonight at 7:30, The Booksmith is holding a launch event for Cole Valley-based writer Steve Silberman, author of Neurotribes: The Legacy of Autism and the Future of Neurodiversity. Silberman, a science and technology writer, said he was inspired to write the book after publishing a 2001 article called "The Geek Syndrome" in Wired Magazine. A video of a TED Talk Silberman presented in March on the history of autism has racked up more than 870,000 views.

"I'd never gotten so much email from a magazine article before so I started thinking, maybe I should write a book about it," said Silberman, who's lived in the Upper Haight and Cole Valley neighborhoods since the 1980s. Most public discourse about autism focused on vaccines, but "what I found was that the families of autistic kids and adults were worried about was how they were going to manage taking care of them for the rest of their lives," he said.

According to Silberman, the number of people diagnosed with autism has spiked in the last 30 years because "they had been artificially deflated for decades." To begin his research, Silberman said he attended a five-day symposium called Autreat that gathered autistic adults "from all over the spectrum." After a short while, he said he discovered that many preconceived notions about the autistic community "were either wrong or off base, or very dehumanizing."

Since signing a book deal, Silberman has interviewed more than 100 autistic individuals, as well as researchers and caregivers to include their perspectives. "I thought it was really important to talk to autistic adults and find out how they felt about their own lives, and what type of research they think scientists should be doing," he said.

For example, he said clinicians historically suggested "that autistic people don't have a sense of humor, and that they don't get sarcasm." Silberman said he observed that autistic people "have a very finely tuned appreciation for sarcasm, although they can definitely have a hard time reading other people's emotions."

For Silberman, immersing himself in autistic culture "was sort of like being in Finland, where people have a very dry sense of humor and a fine appreciation for humor, but it's not apparent on the surface." He said many conference attendees wore color-coded badges "for social interaction." Outgoing people wore green, individuals with "a hard time initiating" wore yellow, "and if you just didn't want anyone coming into your space and starting a conversation, you'd wear a red badge," Silberman said.

At times, Silberman said the research and writing process put his own social interactions in a new perspective. "One morning at breakfast, I asked an autistic person I'd spoken to the day before, 'Hey, how'd you sleep?' and he looked at me, and asked, 'Why?'" 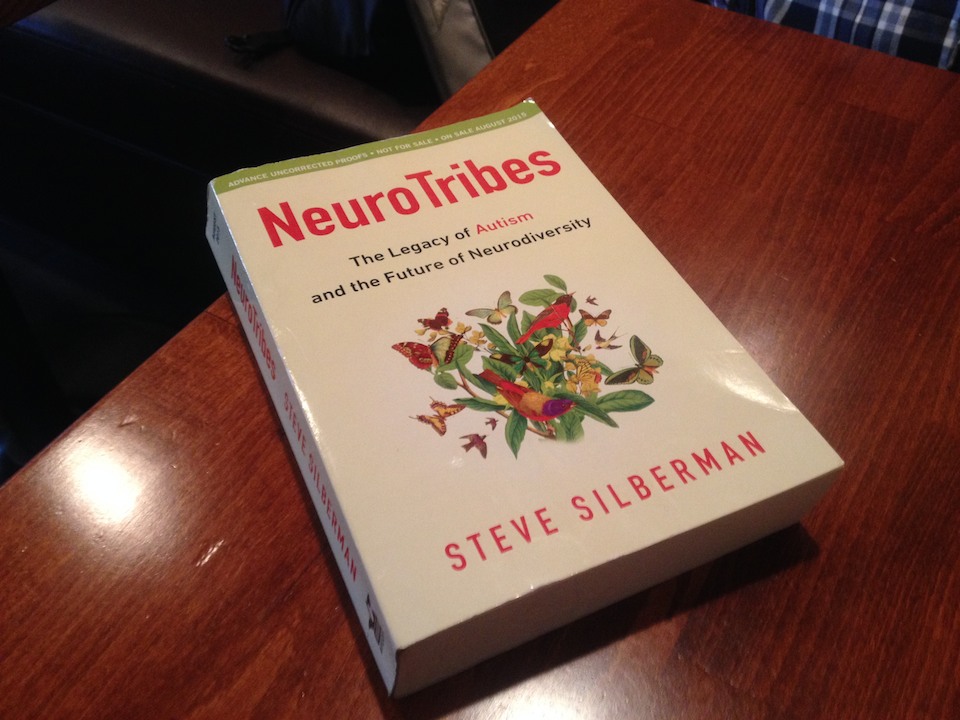 "I realized how much social energy I invest in small talk and micromanaging people's perceptions of me by trying to seem like a friendly guy, but I didn't have to do any of that," said Silberman. "It was kind of a relief."

In the tech industry, discussions of Asperger's Syndrome and autism are common, "which is why I keep getting email about The Geek Syndrome ten years after it was published," Silberman said. "It's become this hipster parlor game, diagnosing tech CEOs with autism. Many people in Silicon Valley have autistic traits—which is very common—but that doesn't mean that everyone who has them deserves or needs a diagnosis."

In an interview for Neurotribes, the late autism pioneer Lorna Wing told Silberman that "the spectrum shades imperceptibly into eccentric normality. If there's no bright line between autistic and non autistic people, it's a continuum, so once you start putting people on the spectrum, it never stops," he said.

"It's been noticed since the beginning of autistic research that many autistic people are drawn to machines, technology, and science fiction," said Silberman. "These are predictable systems, and that seems to be soothing for autistic people who are often overwhelmed by surprises or unexpected events."

Whether or not autism is common in tech, "Silicon Valley's most glorious inventions are technologies that help us all communicate at a distance, which is something that autistic people much prefer," Silberman said, smiling.

Tonight's launch event for Neurotribes starts at 7:30 pm; The Booksmith is located at 1644 Haight St.

The City of San Francisco is seeking interest from qualified developers to build affordable rental housing at nine sites across eastern San Francisco, including an unassigned parcel at Pier 70 and several SoMa locations. Read More

Carrie Sisto
About 19 hours ago

In the Portola, this month signifies not just the end of an eventful year but the close of the Multi-Mural Community Art Project, a two-year effort that has culminated in three new murals along San Bruno Avenue.  Read More

Nikki Collister
About 19 hours ago

It was a dismal spring for San Francisco's bars and restaurants, and it looks to be an even more dismal and disastrous winter as more potential COVID restrictions loom and as a second round of federal stimulus relief continues not to arrive. Read More