Construction begins today on the first raised bike lane in San Francisco. The eastbound stretch of Market Street between 12th and Gough will soon be home to a bike lane that's two inches higher than the rest of the street.

The bike lane is part of the Vision Zero plan to reduce traffic-related deaths to zero by the year 2024.

"Raised bike lanes are an efficient way to offer people biking physical protection from auto traffic," said Chris Cassidy of the San Francisco Bicycle Coalition. "Their implementation in other cities has been linked with reducing the risk of collisions for people walking, biking and driving."

Cyclists will be diverted into the regular flow of traffic while construction takes place. The SFMTA reports that the project will take up to four weeks to be completed. 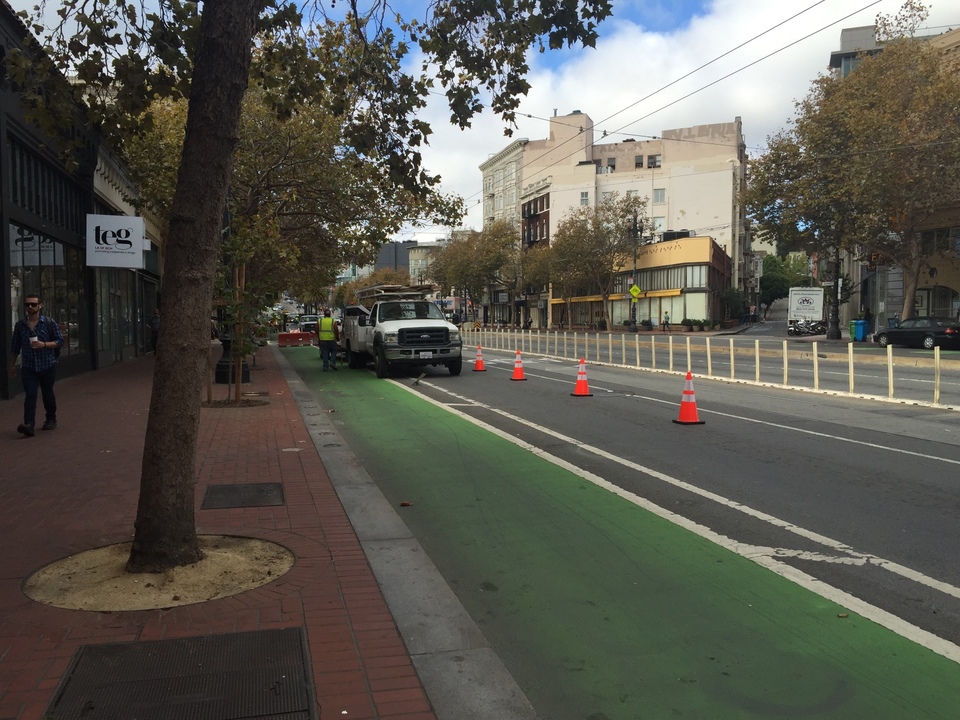 The raised bike lane begins at a particularly cyclist-heavy section of Market Street, due to its proximity to Page Street, which sees approximately 300 eastbound cyclists in the busiest morning commute hour. (Page itself is being considered for a bike lane.) All told, over 3,000 cyclists travel eastward on Market Street every day.

The project is the first of five raised lanes currently in the works; the four other planned locations include two blocks at the southern end of Valencia, sections of Polk Street and Masonic, and the entirety of Second Street from Market to King.