In case you were wondering what that giant crane is doing behind the Exploratorium on Pier 15, it's there to build a new water taxi landing, which we reported earlier was coming this fall. However, vessels won't actually operate until the spring, according to the Port of San Francisco, which will own, operate and maintain it.

“We’re excited about the prospect of having new ways for people to come and visit us,” said Exploratorium Campus Project Manager Shani Krevsky. The landing will be on the south side of Pier 15 and give access to public areas on Pier 9 and Pier 15, including a straight shot to the Exploratorium. 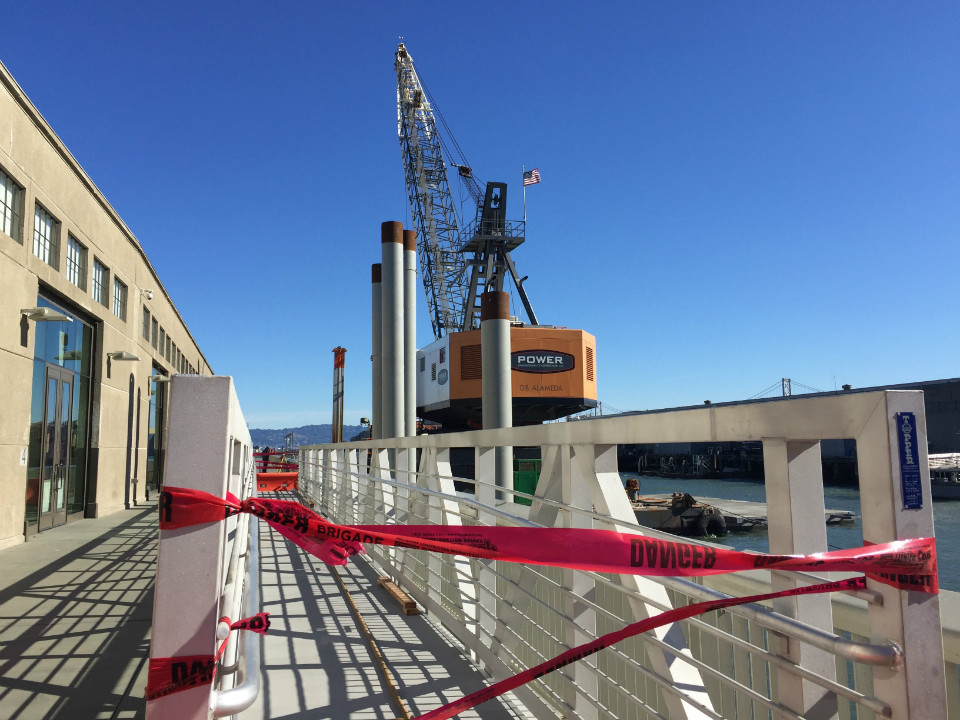 The landing was specified as part of the museum's lease obligation with the Port, and it set aside funds from its capital campaign for the construction, Krevsky said. The total cost is about $700,000. Power Engineering Construction Co. is doing the installation and partnered with Moffat & Nichol to provide the design.

"It’s a small floating dock; 24 by 60 feet," Krevsky said. "It’s set off at an angle so it’ll have double-sided berthing. It’s a slightly different orientation than what you can see at Pier 1 1/2, but similar in that you can berth vessels on both sides." 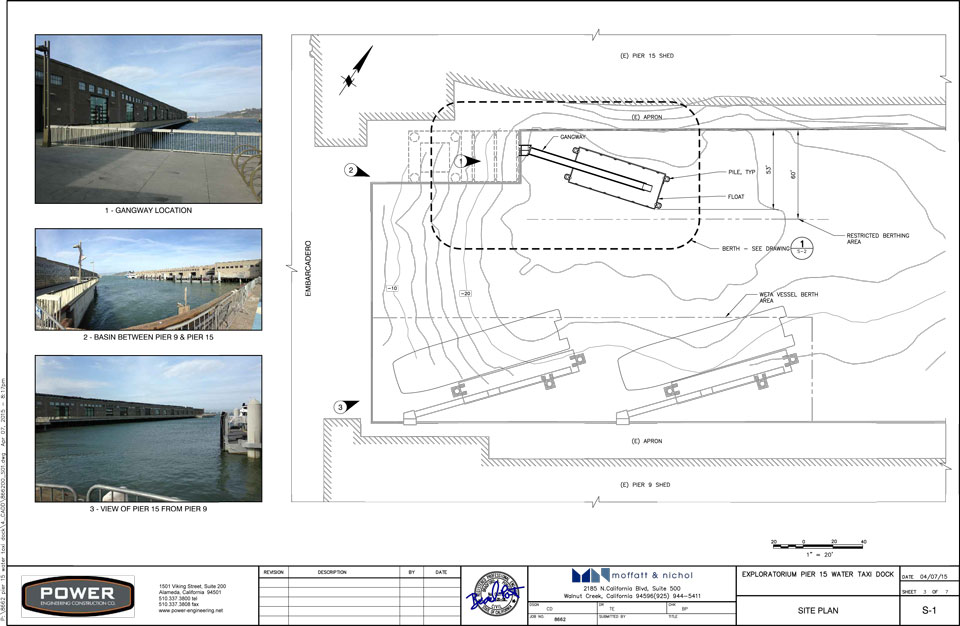 Construction on the prefabricated parts started in early July, Krevsky said, but actual on-site building began November 2nd. "It sounds very ambitious, but from what I understand from Power, unless we have a crazy storm or something that would throw a monkey wrench in the works, we’re targeting November 13th" to finish construction, Krevsky said. 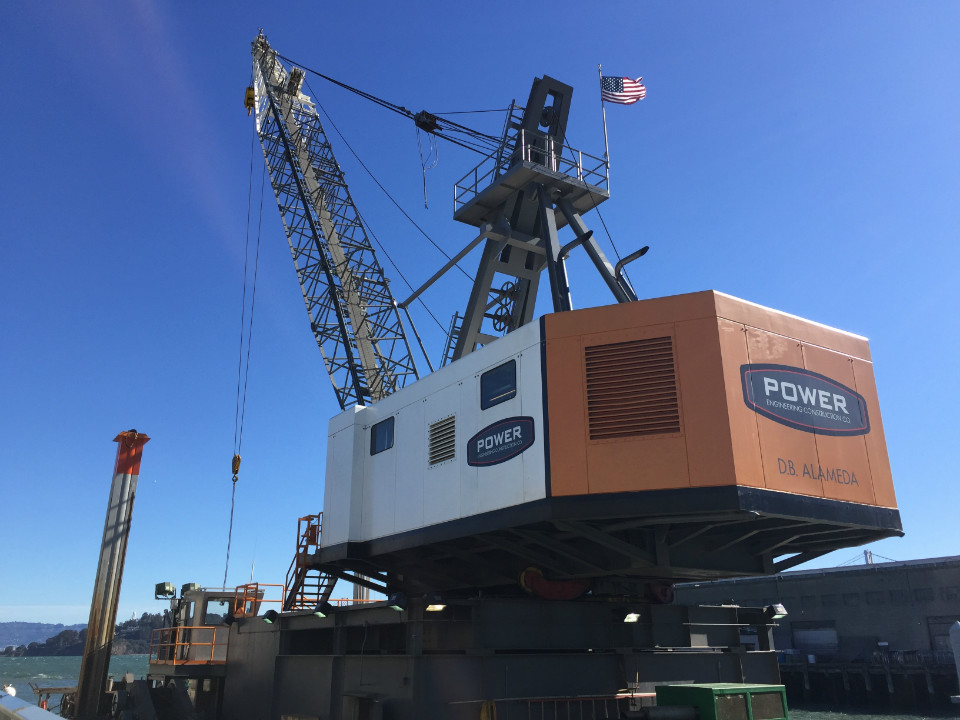 SF Water Taxi and Tideline Water Taxi will serve the landing. SF Water Taxi operates a hop-on, hop-off service on a north-south route along the city's waterfront for $10 (with discounts for children and seniors; children six and under are free). Scheduled stops are offered each hour at Hyde Street Harbor at Fisherman's Wharf, Pier 1 1/2 behind La Mar and Pier 40 near AT&T Park, and it can also stop at Pier 39. Call (408) 621-6405 or email sfwatertaxi {at} yahoo {dot} com for more.

Tideline, as we've reported, operates at numerous piers in the city and around the Bay, from San Rafael to Oakland to Marin; fares are $45–50 one way and $80 round-trip. It also has a hop-on, hop-off service on weekends from the city to Sausalito and Tiburon for $35, and an on-demand service (it can go to many private docks), and is expected to start a commuter line. Children six and under ride for free.