On September 23rd of this year, David Hegarty, famed organist of The Castro Theatre, played his last tune on the Wurlitzer he'd been using since the early eighties. The massive instrument had been on loan from owner Richard Taylor, and had fallen into a state of near disrepair, needing more rehabilitation than its proprietor could give. In anticipation of this day, Hegarty started a non-profit, The Castro Organ Devotees Association about three years ago, aiming to raise enough funds to build an organ the likes of which the world has yet to see.

If you've been to The Castro Theatre since the end of September, you've no doubt noticed the absence of the Wurlitzer. The interim instrument is an electronic Allen theatre organ donated from Hegarty's private collection and is a placeholder for a fascinating piece of equipment he hopes to install in the auditorium—as soon as he raises the money.

We sat down with Hegarty this week to learn more about the project and what he hopes to be a new era for one of San Francisco's most notable theaters. 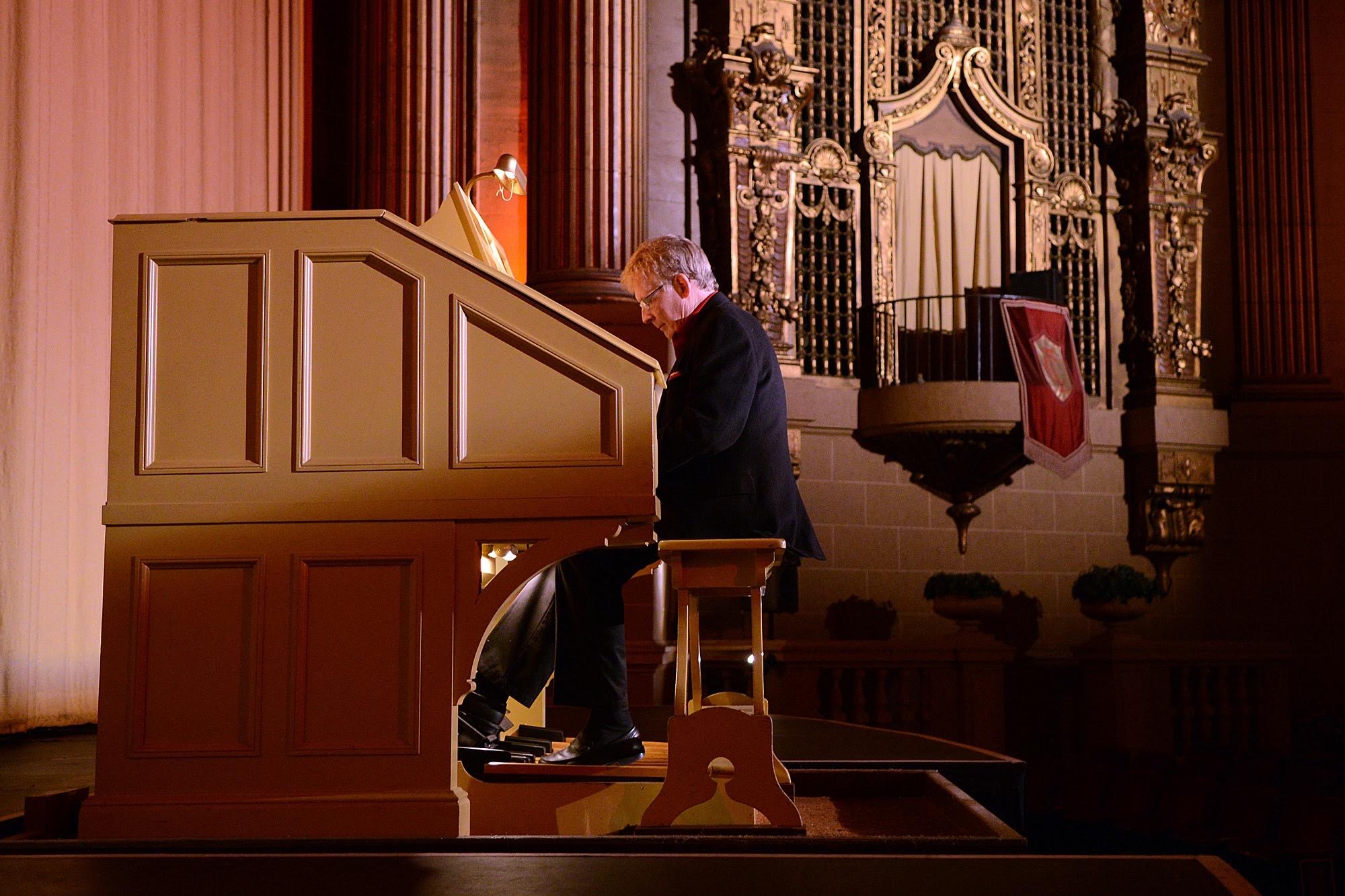 Hegarty at the now-removed Wurlitzer (Photo Courtesy of SFCODA)

What happened to the old Wurlitzer?

Well the Wurlitzer was installed back in the early eighties by a private family and it's been essentially on loan to us all this time. After 30-some years of constant use, it's essentially worn out and would require a total refurbishing. There are just thousands of little leather parts that have to be refurbished and it's a huge job. The owner of the organ has moved away to the Sacramento area and he didn't want to spend the next two years of his life refurbishing the thing so he told me he was going to have to remove it at some point. That's when I established this non-profit organization to keep the tradition going, even though it's not the same organ and the idea is to provide an instrument that will do everything that the Wurlitzer did plus a lot more.

As a theatre organ, it will be much larger than the famous Wurlitzer in the San Francisco Fox Theatre, which a lot of people still remember. The main thrust of the intermission will still be theatre organ music as it's always been, with even more color, but the new instrument will go far beyond that and enable us to play all periods of classical music, and beyond that it will be able to replicate the actual sounds of the symphony orchestra by using cutting-edge digital sampling technology. 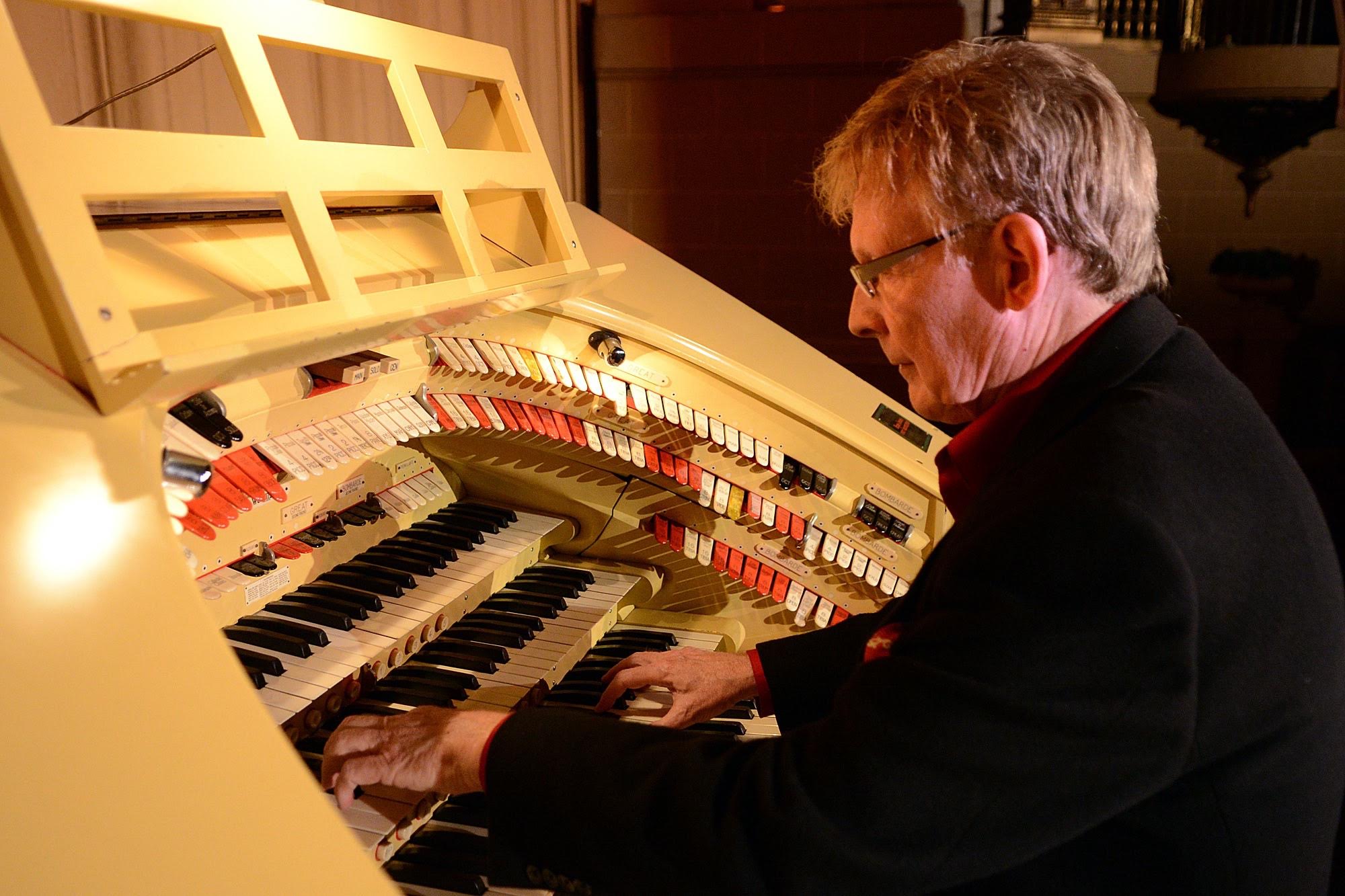 Could you tell us a little of the basics behind how pipe organs work?

The pipe organ consists of hundreds of pipes, ranging in size from 16 feet long to the size of a pencil, which are up in the chambers on either side of the auditorium. The tone is produced with wind pressure from a large turbine engine that creates the wind, and the console, the part that you see, is just the control center where you tell which pipes to play, essentially. When you press a key, an electrical connection opens the valves under the pipes and allows the wind to blow through it. The stop tabs—the switches—determine which valves are opening, so which sets of pipes will be involved. The pipes essentially imitate orchestral instruments, like a one-man band. We have maybe 150 controls on the Wurlitzer, and the new one is going to have 837 of those. 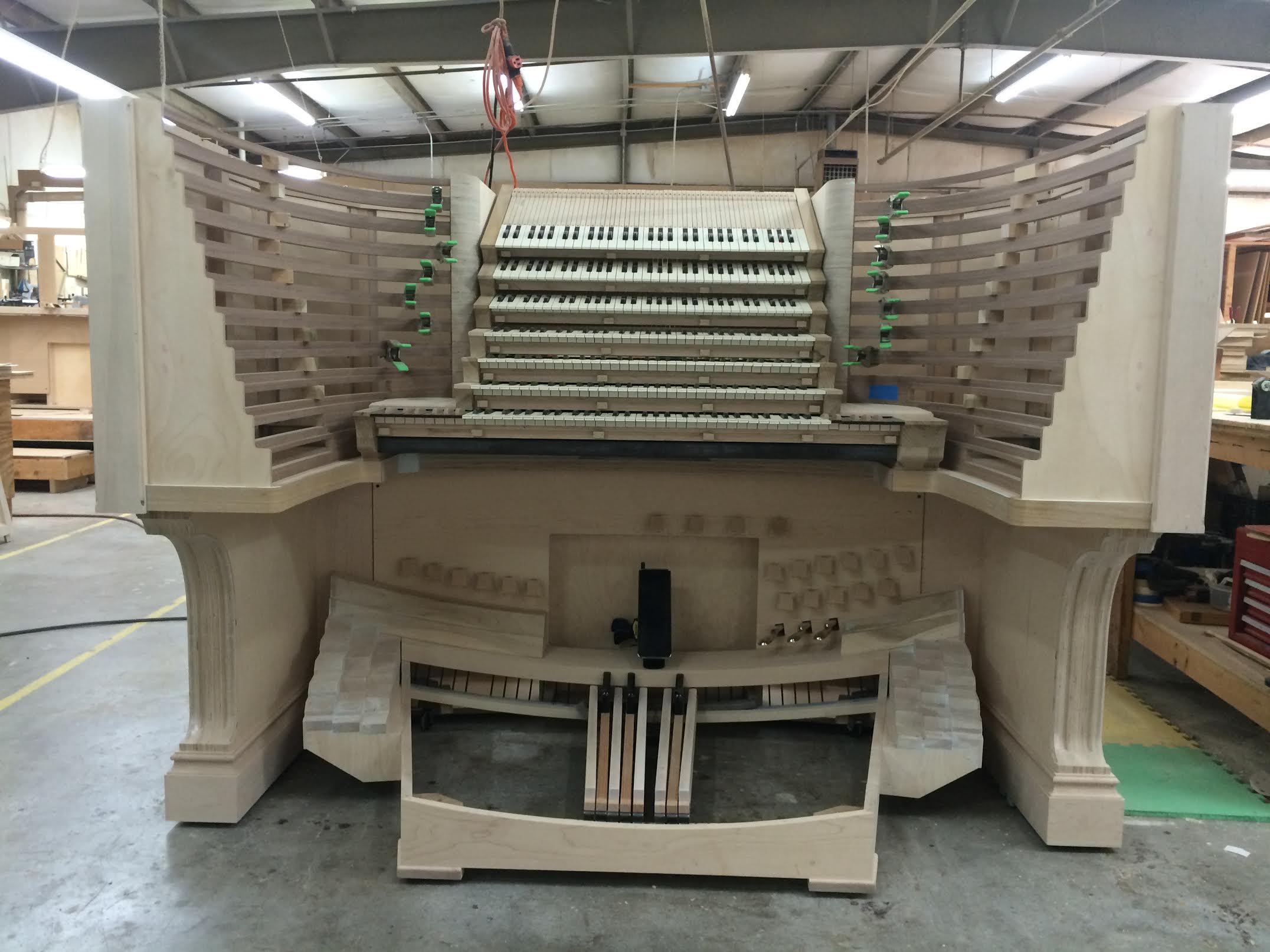 The new organ, currently under construction. (Photo Courtesy of SFCODA)

Tell us more about the new set-up being built.

The pipes are being taken out of the original Wurlitzer. All the pipes are going, and the console is already gone, so we're not using it. We are installing more pipes than there were in the old organ.

We go by sets of pipes, called ranks—one pipe for each note of the keyboard that creates one particular sound—and we had 21 ranks in the Wurlitzer altogether on both sides. Now, we're going to have 16 ranks of theatre organ pipes and 16 ranks of classical pipes, which produce the sound of a classical organ. The rest will be made up of digitally-sampled organ ranks, taken from other organs around the world. The listener will not be able to tell which are the actual pipes and which are the sounds of the pipes coming through speakers. We're going to be incorporating about 120 speakers around the room that will fill the room above the balcony and all around. It will be a surround-sound experience like no one has heard before.

Tell us more about the new console.

The new console is being built by one of the finest organ builders in the country, R.A. Colby Organ Builders, in Johnson, Tennessee. It is well under way now. The keyboards are in, and I've been able to sit at the console and feel what the sensations are of playing it. With seven keyboards, some people ask how I'm going to reach all of them, but they're very reachable, everything is ergonomically designed to be perfectly accessible to the organist. From there, it will go to Pennsylvania to the Walker Technical Company, where they will stuff the console with the digital components that will produce the sound of the other 400 or so sets of pipes that are in addition to the actual pipes that will be here in the theatre. 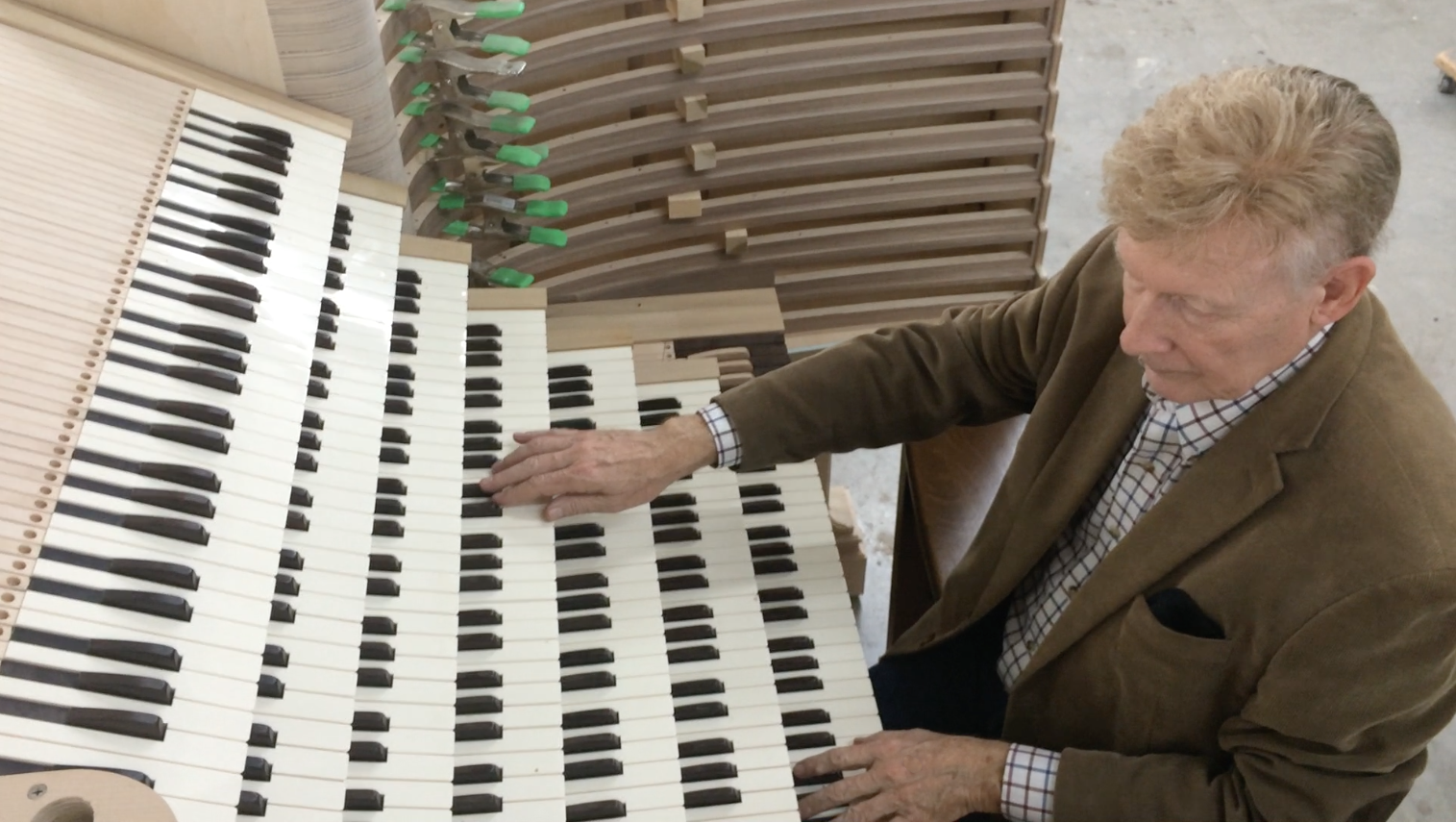 Hegarty, at the helm of the new console. (Photo Courtesy of SFCODA)

The new organ will not be on loan, correct?

Yes. This one will be owned by CODA, The Castro Organ Devotees Association, a non-profit organization. We will own, operate and maintain it.

What draws you to this type of music?

I've been playing the organ since I was a teenager. I started with an accordion as a young child and have always been drawn to the sound of the organ and to its music. I spent about eight years in conservatory training as a classical organist, even though I played pop music before that as a kid. After developing a solid classical repertoire, I went back to my original leanings toward popular music and was able to apply what I'd learn to the realm of theatre organ.

One reason that I have been interested in creating an instrument that will do more than the Wurlitzer did is because I do have a classical background and I can envision the Castro being a center for the organ as a concert instrument. The owners of the theatre are interested in diversifying its use, including using it as a performing arts center. This magnificent, world-class instrument will be the centerpiece of that. 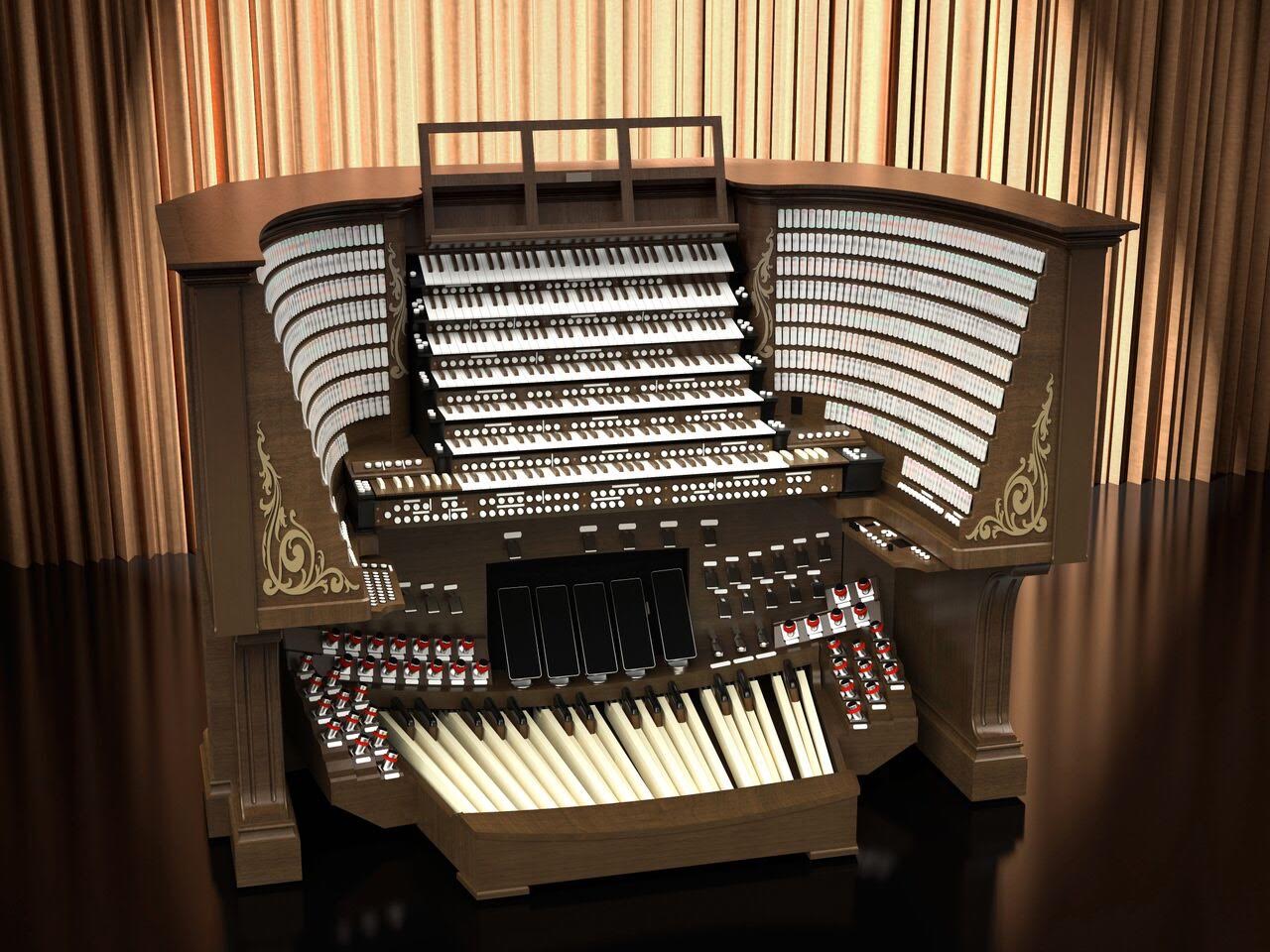 A mock-up of the new console. (Photo Courtesy of SFCODA)

When will the project be completed? How can people help?

Well, the console is nearing completion, and the timeline depends on how soon we bring in the rest of the funds. This is an $800,000 project. To put that into perspective, it's been estimated that if we were building a total pipe organ, without the digital part, of that size in today's market, it would probably be in the range of $20 million. The pipes would fill the entire auditorium. Part of the reason why we are getting it for such a good price is because I'm friends with this acclaimed organ-builder, Allan Harrah, who had the vision of building one of the largest organs in the world and was just looking for a place to do it. This is the place, and he is donating all of his time and expertise, designing and supervising the construction and installation.

Where can people donate to the cause?

Right on the website, sfcoda.org. We've raised about a quarter of what we need so far, mostly from the generosity of hundreds of small donors. We've also had several sizable grants from Morris and Alma Schapiro Fund in New York through a family member that lives in San Francisco. We are now approaching other philanthropic foundations and individuals. The pipes have already been donated and are being stored in West Virginia, so once the money is in, it wouldn't take more than four or five months to get it completed. 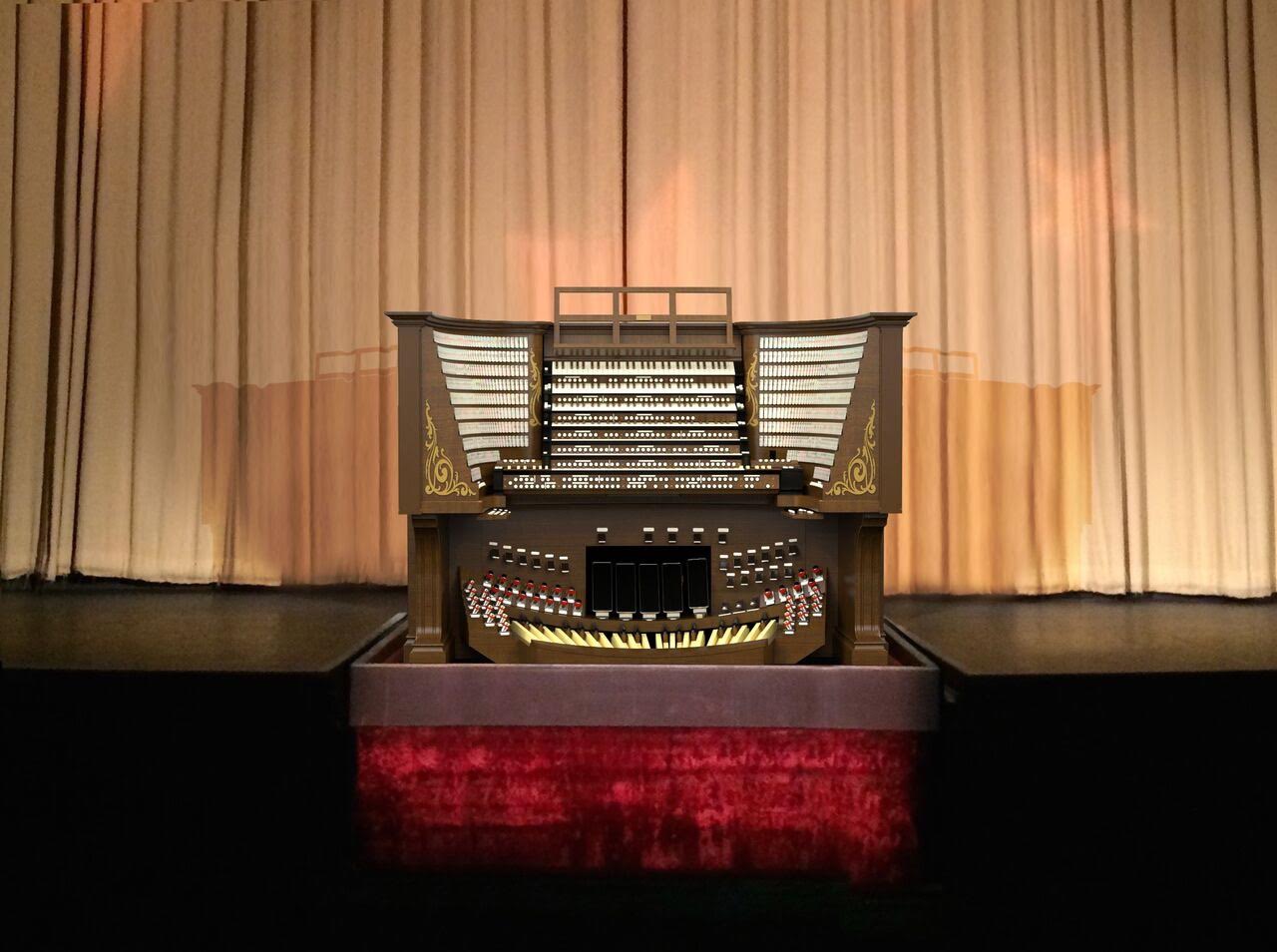 The mock-up photoshopped onto the stage. (Photo Courtesy of SFCODA)

What does the future hold for The Castro Theatre?

The theatre will become known as a world-class center for organ music. It already is in terms of theatre organ music—the Wurlitzer was considered one of the finest in the world and people came from all around to hear, see, and play it. The new one will be light-years beyond that because it will be staggeringly spectacular to look at and hear. It will be an instrument that can be used for teaching of all kinds of organ music. I think the Castro Theatre will become known as a center for organ music, both in conjunction with the cinematic aspect of the theatre, but also as a concert venue.