It's been an unsteady few years for Rising Star Laundromat on Duboce and Fillmore. In 2013, the business listed a 4-by-14-foot corner of store on Craigslist for rent. In 2014, the entire business went up for sale. The next year, a breakfast taco pop-up announced it would take over 439 Duboce, then later backed out because of complications with the landlord.

This month, the saga of Rising Star Laundromat continues to unfold, as the business is now under new management. 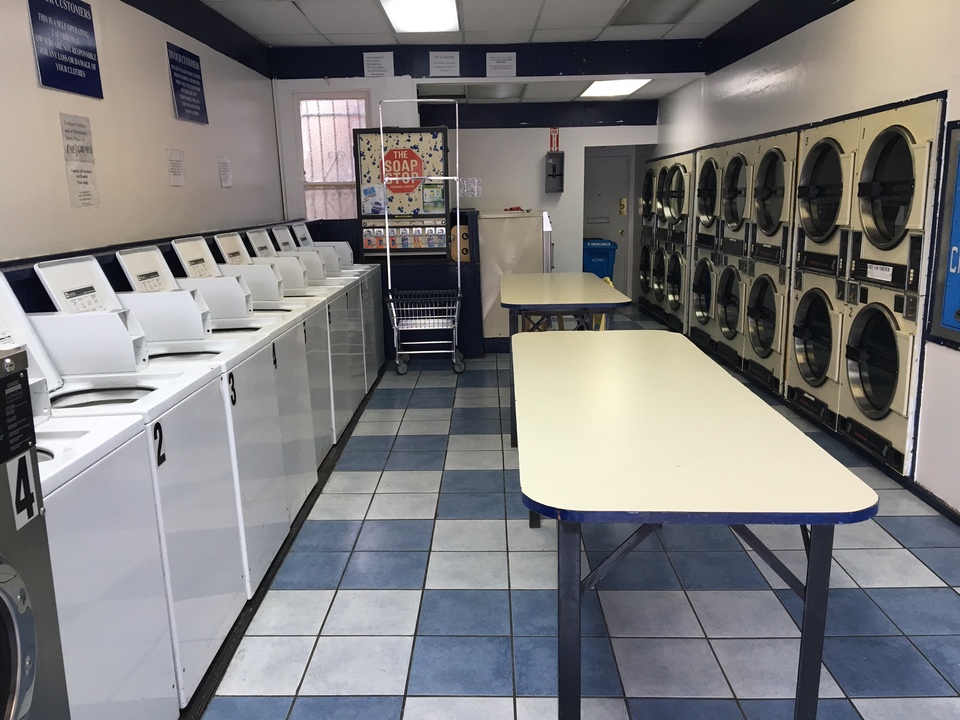 Rising Star announced the change two weeks ago. At the time, the laundromat put a sign out front advertising itself as "Duboce Park Laundry" and noting the addition of wash-and-fold and dry cleaning services. That signage has since disappeared. 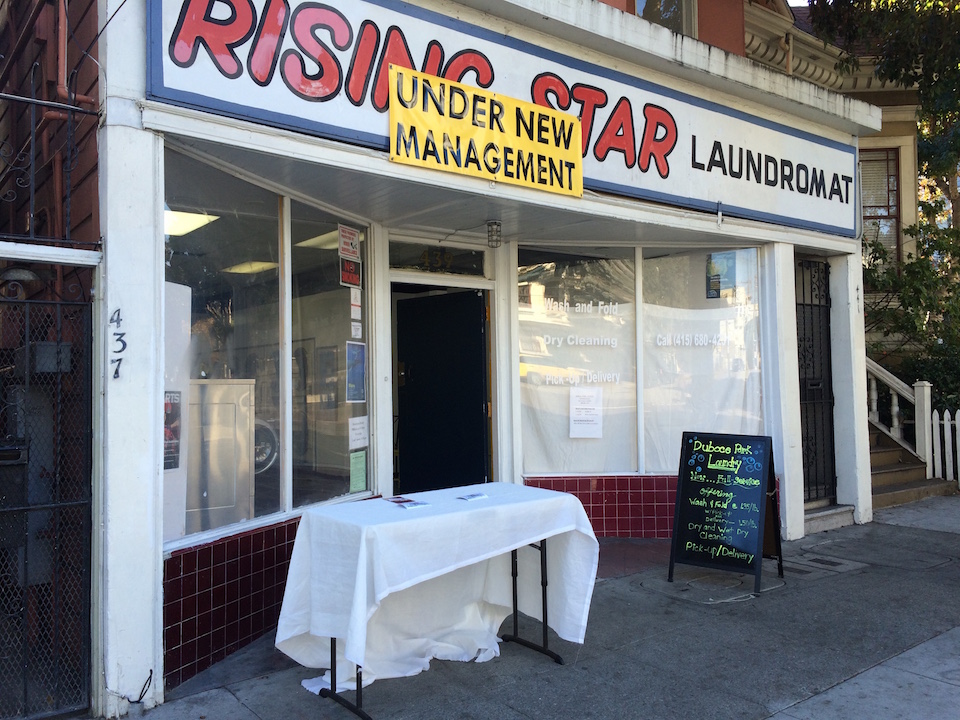 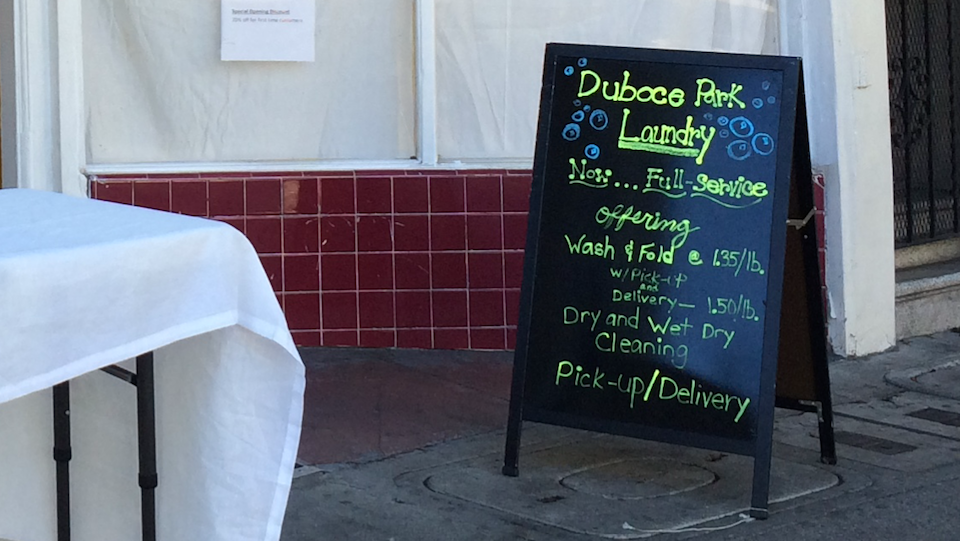 The inside and outside of the laundromat appear to have been unaffected by the changeover so far, and we've been unable to get in touch with the owners for more information. Several machines are still broken, and only one laundry card can be found.

It's unclear what the future holds for 439 Duboce. But neighborhood hearsay indicates that a continuation of the laundromat format, possibly with the addition of coffee, could be in the offing.

Update, 12/19: The mystery deepens, as today, the laundromat's "Under New Management" banner has disappeared, and a "For Lease" sign has reappeared in the window. 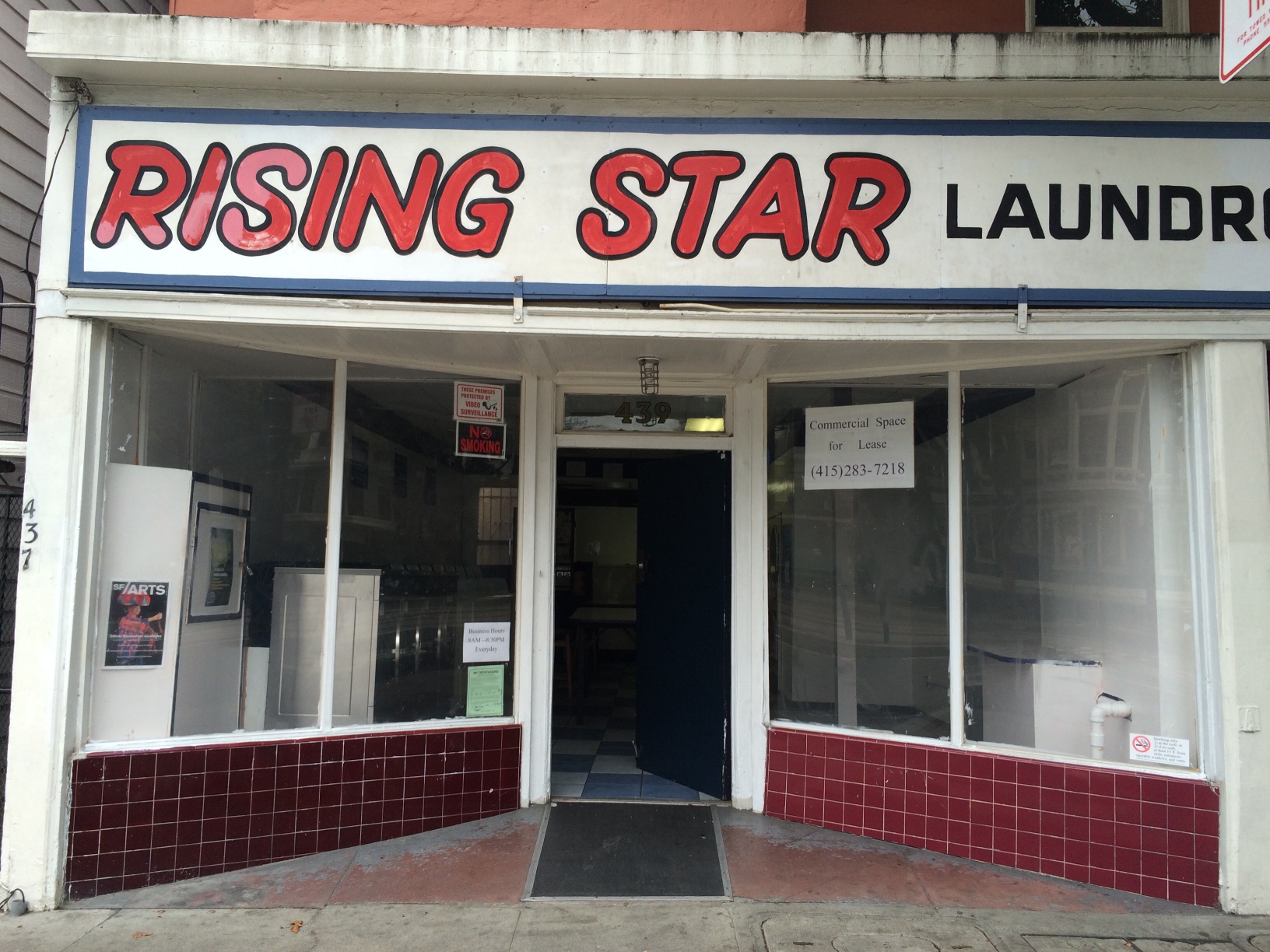