Since 2013, youth from the Tenderloin have been involved in a photojournalism project that's been turned into an exhibit and now, a book. Three years in the making, the book, In Our Village: San Francisco Through the Eyes of Its Youth, is now for sale at the Boys & Girls Club Tenderloin Clubhouse.

“It encourages kids to use the camera and make statements about their environment,” Kay Weber, art director and project lead at the Clubhouse, said of the project. "That’s basically the process: to make them conscious through photography of what’s going on around them and how they feel about it. The camera is a tool to process things that all their life, they may not have noticed."

“What you see becomes something else when you share the view; when you look at it and talk about it," he continued. "When you share a poem and a picture about this rough neighborhood, it turns into something that shows struggle, but also growth and consciousness." 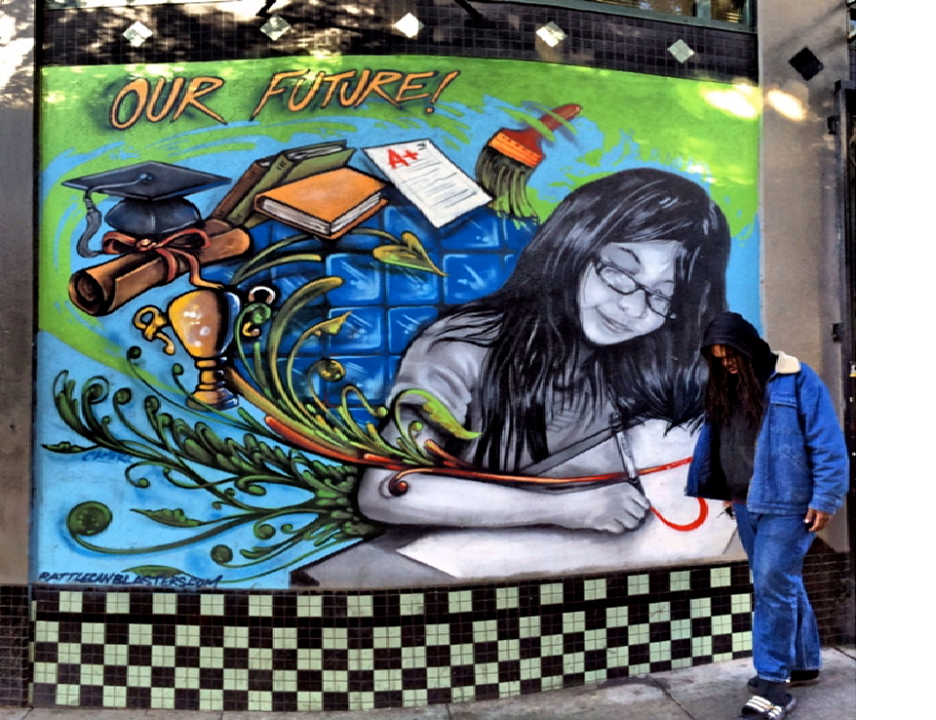 "We see the beauty behind the art, but tend to forget to see the pain in front of it," the youth photographer said of this photo.

The book has its roots in the PhotoVoice Project, started by Elvin Padilla, former executive director of the Tenderloin Economic Development Project. The project brought together 16 students from the Tenderloin Boys & Girls Club, Shih Yu Lang Central YMCA, Vietnamese Youth Development Center (VYDC) and La Voz Latina, equipping them with cameras to explore neighborhood-wide issues and the collaborative work that goes on in the Tenderloin.

"This was the first time [these organizations] felt like we were really working with the community as a whole, and not just the Boys & Girls Club or YMCA youth," said Weber. "That was really the key to something that was much bigger than all of us."

With the help of longtime San Francisco photographer Janet Delaney, as well as SF Camerawork, the 16 students took a six-week workshop that acquainted them with the basic tenets of photojournalism. They learned how to use cameras and journaled their feelings about the photos they took, especially topics related to health. They discussed living conditions, working conditions, and the drug use that's often visible on Tenderloin streets.

"The power of the project lies in their saying something about the photos they take; the emotion that drove them, and why it was important in that moment," Weber said. "They were encouraged to write about the photos, drawing from their own style and how they might comfortably express themselves." Some wrote poems and stories, while others selected one-word descriptions.

The project culminated with an exhibition of the students' work called "Ain't Nothing Tender," held at SF Camerawork in 2013. (It caught the attention of Randy Rollison, executive director of Intersection for the Arts, who resurrected the exhibition for that group's 50th anniversary celebration last year.)

The next year, Spotify offered the group a space in its Market Street offices to showcase their work for several months. To launch the exhibition, the company held a forum for the teens to discuss the meaning behind their work.

"[It was] very interactive," Weber said of the exhibition. "The teens were so articulate, so on point, and frank. It was really interesting from both sides, and that really drove us to the conviction that our teens need to be the ones that drive [the book] project." 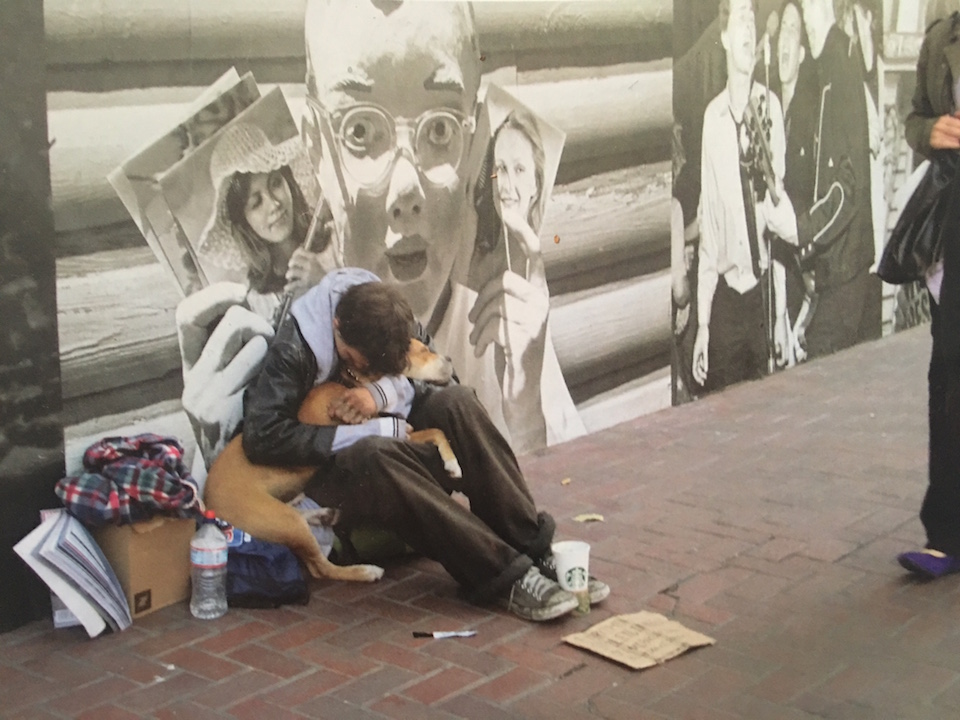 In Our Village is a compilation of the 16 PhotoVoice Project students' photos and musings. The book's development was spearheaded by the Boys & Girls Club, with the students managing many aspects of production, like fundraising and setting the book's price. They worked in collaboration with Barbara Cervone, founder and president of What Kids Can Do, Inc., a publishing arm of the nonprofit Next Generation Press.

While the original PhotoVoice Project is reflected in the book, In Our Village also features interviews with members of the wider Tenderloin community. "The whole focus was to introduce the community in its whole, rather than single kids with their families and their struggles," Weber said.

Being featured in the book has had a strong impact on the students, he added. “It’s great to teach them that it matters what they feel about things, and that [people] want to hear it and want to see it. I really want to give that opportunity for them to process and grow.” 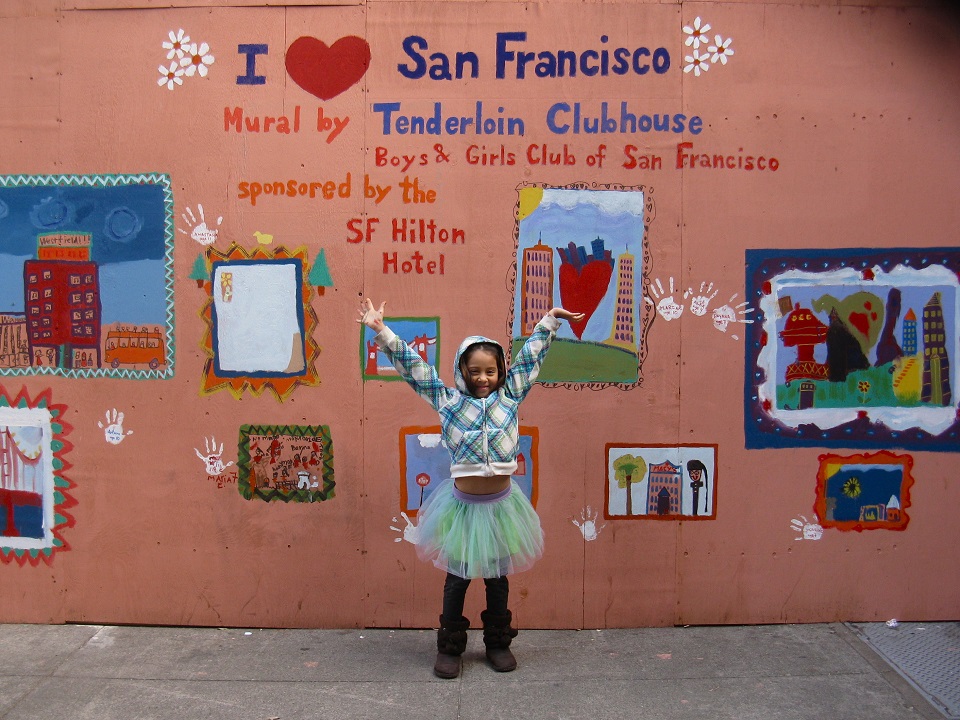 While the book focuses on life in the Tenderloin, Weber hopes that its message will resonate with youth citywide. ”That’s something that’s interesting for our youth to learn, that the neighborhoods and youth are different in different areas of the city. But also, they need to develop this pride of coming from here. It’s their home; it’s not something that they need to be ashamed of."

In Our Village: San Francisco Through the Eyes of Its Youth is on sale now at the Tenderloin Clubhouse (115 Jones St.) and online. An official launch event will be held next Thursday, Feb. 25th at Spotify's offices (982 Market St.)

San FranciscoTenderloin
About 13 hours ago