Perched at the edge of the Bay behind the much more famous Ferry Building, the Ferry Plaza East Building has now been vacant for more than two years. After seeing some new construction barriers around the exterior, we checked in to see what, if anything, is going on with this prime restaurant and entertainment space.

It turns out the barriers are for the BART Marine Barrier Project, which is unrelated to the building. (It involves an upgrade to the transit system's infrastructure, according to BART spokesperson Taylor Huckaby.)

Ferry Plaza East is still actively seeking a tenant, said Erick Tom, whose family holds lease No. L-8627 on the building as Ferry Plaza Limited Partnership. It's listed with Kidder Mathews, and "they’re actively engaged in speaking to different restaurant groups," Tom said. "We had one we thought was fairly serious, but they’re holding off on a lot of things."

He admitted any tenant would have to have "deep pockets," because of the size of the building (34,549 square feet) and its need for extensive improvements. "We're crossing our fingers," he said. 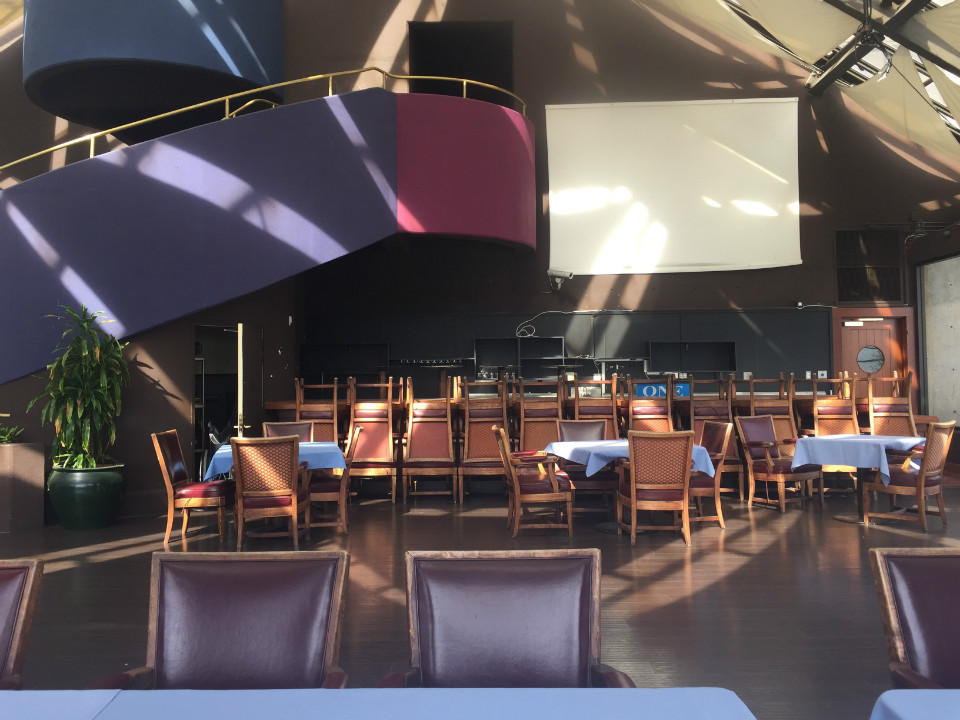 Those deep pockets could conceivably rake in deep profits. According to a San Francisco Business Times article from 2013, a restaurant in the space could potentially accrue as much as $20 million in annual sales. The Slanted Door, which is just down the way and also features Bay views, is the most profitable independently-owned restaurant in the city, with an annual gross of $16.9 million.

When the building was occupied, the Port was getting six percent of food revenues and eight percent of beverage sales, Tom told us. But given the building's long vacancy, Port sources say that's a point of negotiation for any future tenant. 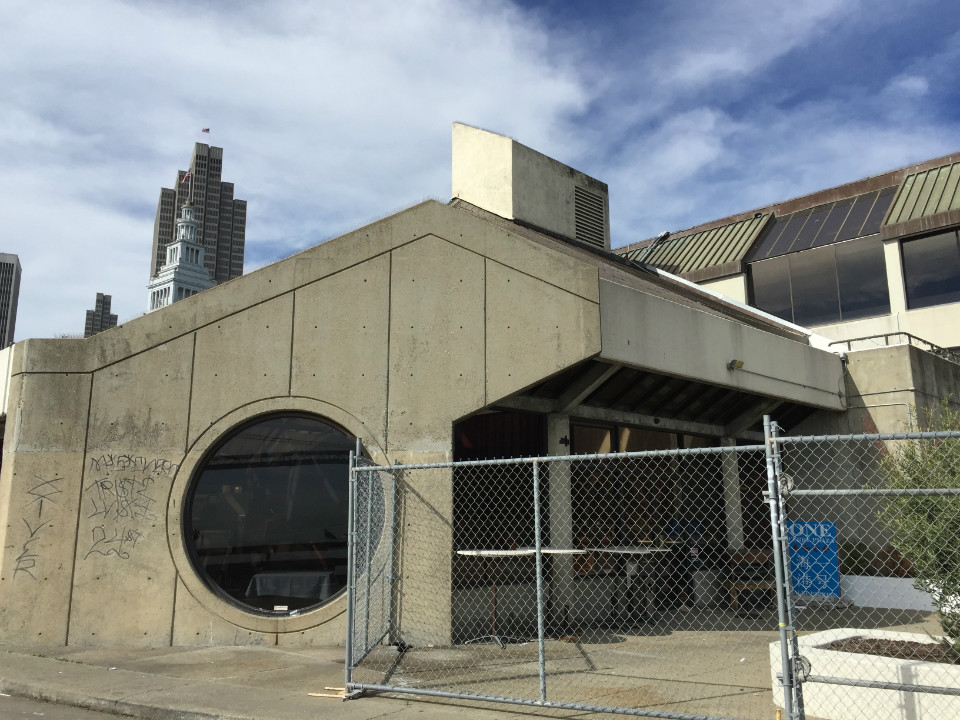 The building has been vacant since late 2013, but it housed several restaurants from 1982 forward, Tom said. The Port of San Francisco confirmed the most recent tenant was Carnelian, LLC (2010–2013), which first operated as Carnelian by the Bay restaurant, then as 1 Ferry Plaza Thai Cuisine.

When it was still open, Yelp reviewers praised the Thai restaurant's waterfront location, views of the Bay Bridge, reasonable prices, and—in general—the food. The biggest sticking appears to have been the decor. One Yelper, Ed U., said the space "looks like a TGI Friday's reimagined as a 1970's disco, with colored fluorescent lights blinking from the canvas-draped ceiling and beer sign neon on the windows."

Before Carnelian, the building was occupied by the World Trade Club, a members-only club for those associated with the maritime industry, from 2001–2006. The club was previously was housed in the Ferry Building, occupying nearly the entire third floor, Tom told us. But when the building closed to undergo massive renovations before re-opening in 2003 as the Ferry Building Marketplace, the club was temporarily displaced. "Anytime you shut down for a couple years, you lose membership," Tom explained, and it never really regained steam. 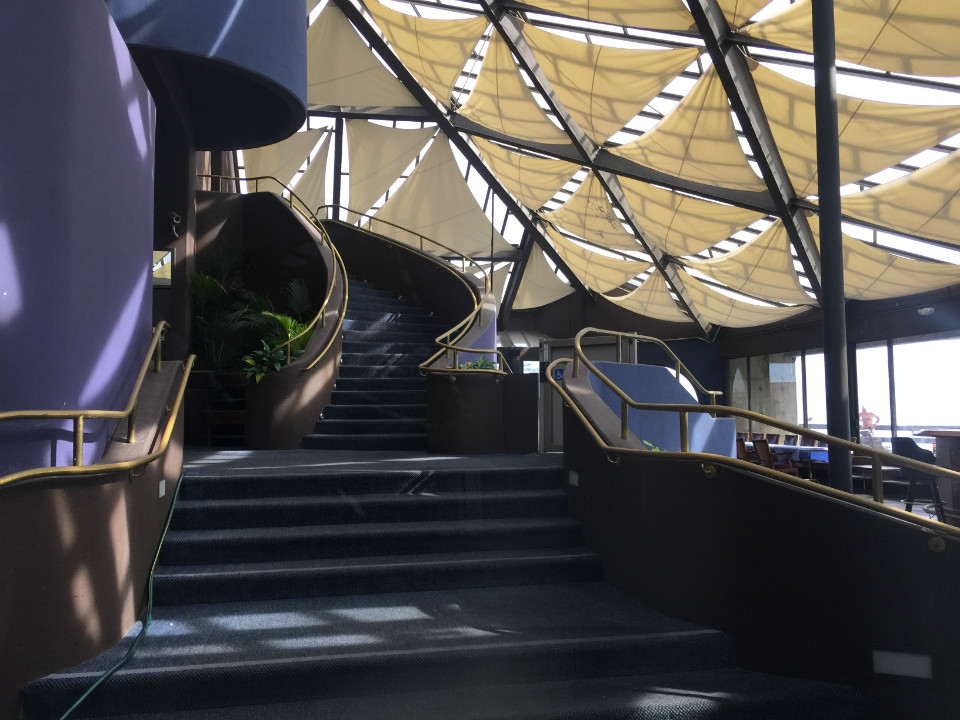 The space's decor hasn't changed since the Thai restaurant days, and Tom confirmed he's seeking a tenant who will give the place a total makeover. "I’d like to see them do a lot of extensive remodeling work in there," he said. "We don’t just want a fresh paint job on the place.”

Port sources told us the building can be occupied, but noted that "improvements to the building will require seismic evaluation." The potential cost for those improvements "depends on how extensive the renovation to the premises will be."

San FranciscoEmbarcadero
About 9 hours ago