Trees have become a divisive issue as the long-anticipated Irving Streetscape Improvement Project enters its execution phase. Citing aesthetic and environmental considerations, the Mid-Sunset Neighbors Association is contesting the choice of 68 windmill palms set for installation along Irving Street between 19th and 27th Avenues.

The windmill palms were chosen after a series of community meetings on the projects and a vote in February 2015. Nearly a year later, in January 2016, the association filed an appeal to have another vote on the issue.

The appeal was granted by the Board of Appeals, and tonight, the Department of Public Works and the community will come together to discuss and vote on which trees should be installed. 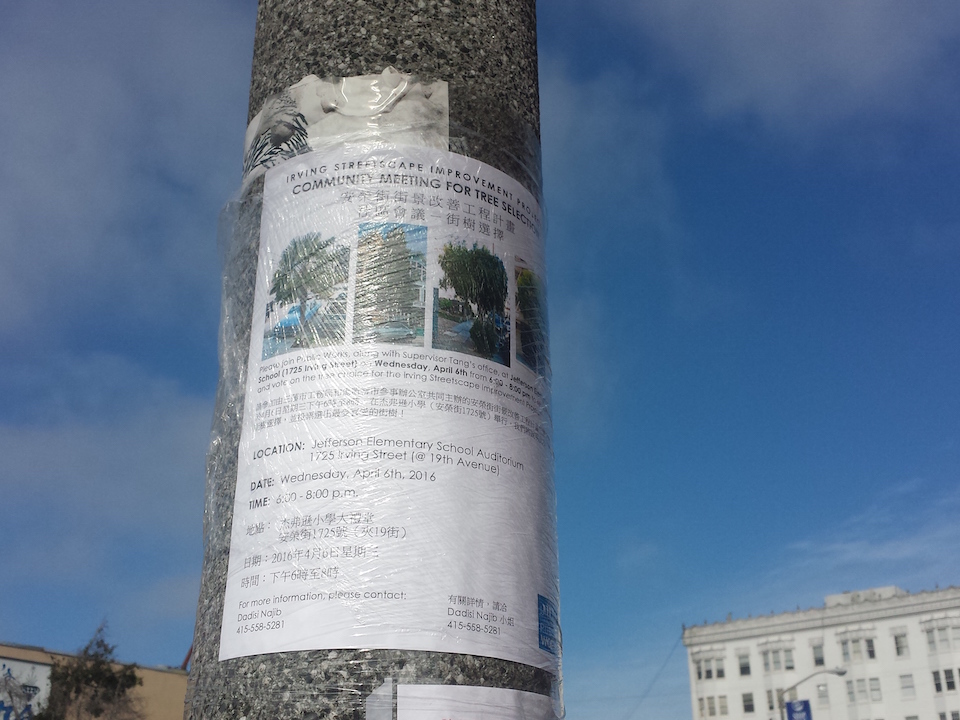 “The windmill palm is not the best tree for environmental benefits—it doesn’t absorb as much pollution as other trees,” said Sunset resident Leyla Alieva. She and her husband Shane Hill have been leading the charge for a tree change, filing the appeal and putting up posters along Irving Street for tonight’s critical meeting.

Alieva and Hill also say that windmill palms are hard to trim, and that their shallow root systems would not be able to withstand high winds. As an alternative, they favor a mix of trees for the neighborhood.

“Wow, you’re going to put 68 palm trees down Irving? This is going to look like a strip mall,” said Hill. “Make it look interesting, put several different trees in the neighborhood.”

Merchants along the business corridor, who will be charged with maintaining the trees after an initial year of city maintenance, disagree. They believe that the alternative trees favored by the association do not take into account their need for visible signage. 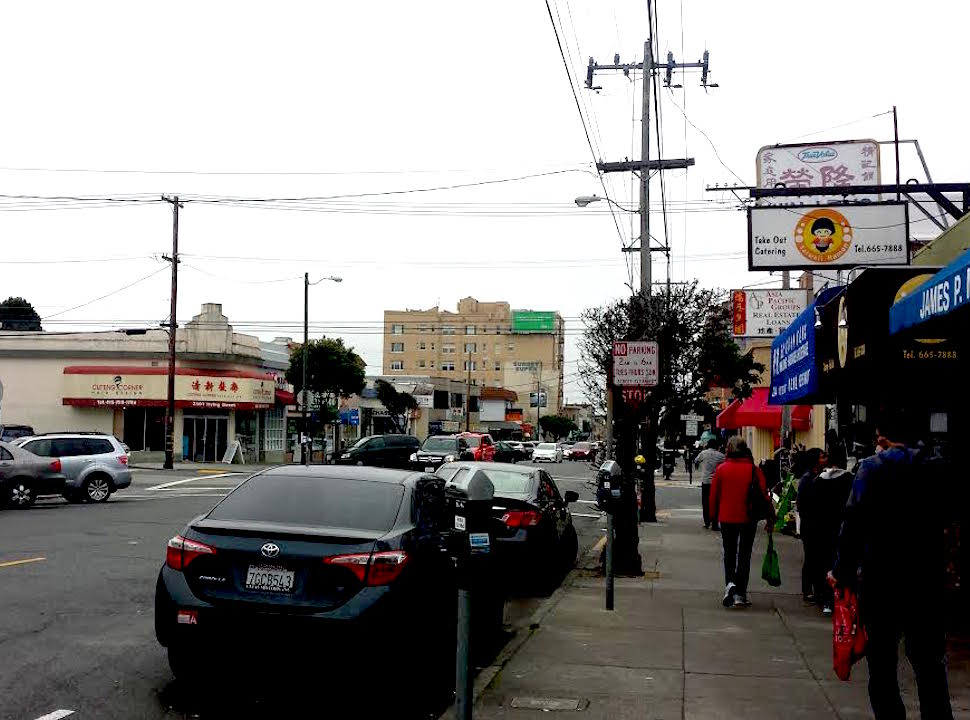 Irving Street does not have many trees along its business corridor. (Photo: Fiona Lee/Hoodline)

Because the previous vote only saw 10 to 20 merchants and neighbors come out, the neighborhood association believes that the vote is not representative of the community’s wishes.

Angela Tickler. of the Hard Wear clothing store on Irving Street, is both a resident and a merchant. She lives in the apartment above her store and has been heavily involved with the planning phase of the Irving Streetscape Project, including hosting meetings on the trees in her store.

“Part of what has been distressing is that we really tried to be inclusive,” Tickler says of the earlier vote in 2015. “We put up posters, we did everything we could to get people involved, and they were simply apathetic.” 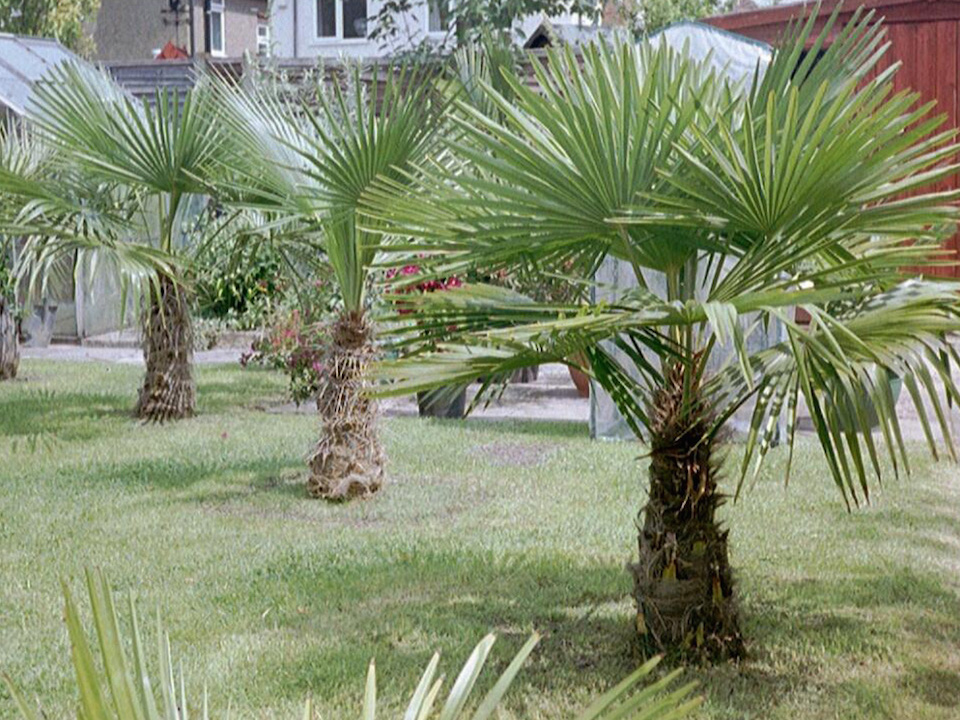 Despite their differences, both sides say that they would like to see a resolution and a compromise. Alieva and Hill have said they will go along with the results of the vote, even if it isn't what they would choose.

"Ultimately, everyone wants an end result that is both beautiful and functional," says Tickler, "I hope we can get there."