In this week's edition of SF Eats, we bring you three restaurant openings, one closure and a café that's temporarily closed for renovations.

In Mission Bay, food truck Casey's Pizza has opened up its first brick-and-mortar location at the corner of 4th and Long Bridge streets. The restaurant has been in the works for about a year, owner Casey Crynes told us in June.

In 2011, Crynes started out with a pizza truck, serving East Coast-style, thin-crust Neapolitan pizzas around SoMa, FiDi and Hayes Valley. 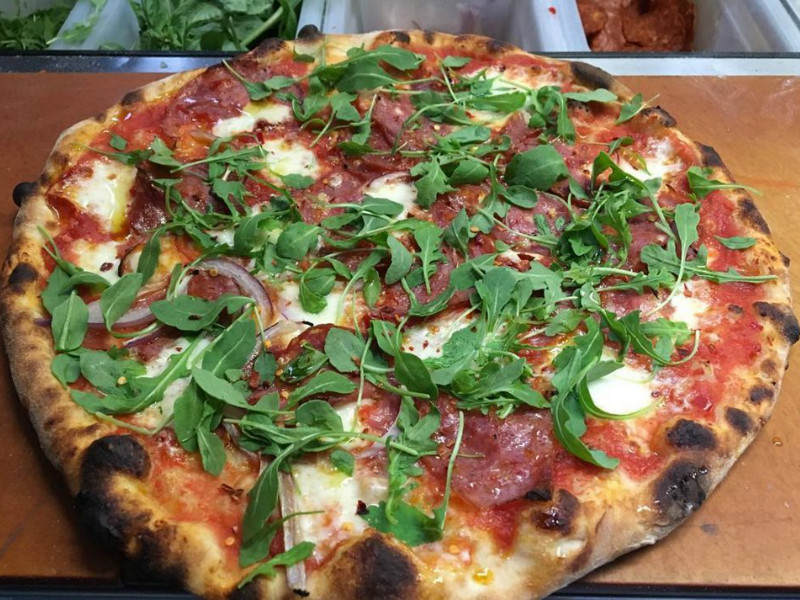 Over in the Tenderloin, Ono Sushi opened early last month. Located between the Halal Guys and a parking garage, the new Japanese restaurant offers sushi, noodles and other classics.

There are 24 types of rolls available with names like the Orange Dragon, OMG, Over The Rainbow, and many more. Diners can also enjoy donburi rice bowl options, tempura, teriyaki and hand rolls.

Tipster Albertino M. let us know that Naan 'n' Curry's outpost in South Beach is opening in two weeks. The eatery, established in 2002, took over the space after Bacon Bacon Café shuttered over the summer.

After its second location at 336 O'Farrell St. closed in April, the business has one other outpost in the Inner Sunset at 642 Irving St..

Albertino M. also told us about Black Point Café's temporary closure on the border of Fisherman's Wharf and Russian Hill.

The café opened next to Ghirardelli Square back in 2012 and became a favorite with the neighborhood.

Before Black Point closed for renovations, it offered a wide variety of breakfast and lunch options, as well as espresso drinks and tea.  Al added that the spot was also known for its "unusual display of miniature apple solar toys."

Finally, Al alerted us to Joe's Crab Shack's closure on 245 Jefferson Street. The location was the chain's only outpost in San Francisco and offered guests views of Pier 39 and the water.

"The front is closed of with a roll down gate and intermittent flashing light bulbs are unscrewed from the signage," said Al. "They're definitely done in Fisherman Wharf area, and you can put a fork in this one."

Joe's Crab Shack opened a San Francisco location in 2005, bringing its total number of outposts in California up to eight. In total, the company has 60 restaurants nationwide.

There are no details available yet on what will take over the space.

Thanks to Al M. for the tips!

Have you seen something interesting while you’re out and about? Text Hoodline and we’ll try to learn more: 415-200-3233.