For a majority of us, the place that we live doesn’t have a rich history, especially one that spotlights the longstanding lesbian community that is still rooted in the city of Oakland today. But for one queer couple, Rebecca Longworth and Joan Howard, their live-work space used to be a storied, rough-and-tumble, two-story lesbian bar called The Jubilee. The unassuming, boxy, light blue building at the corner of Bancroft and 50th Avenue in East Oakland was transformed into the legendary lesbian watering hole in the mid-70s after The Jubilee moved from its original location on what is now International Boulevard. 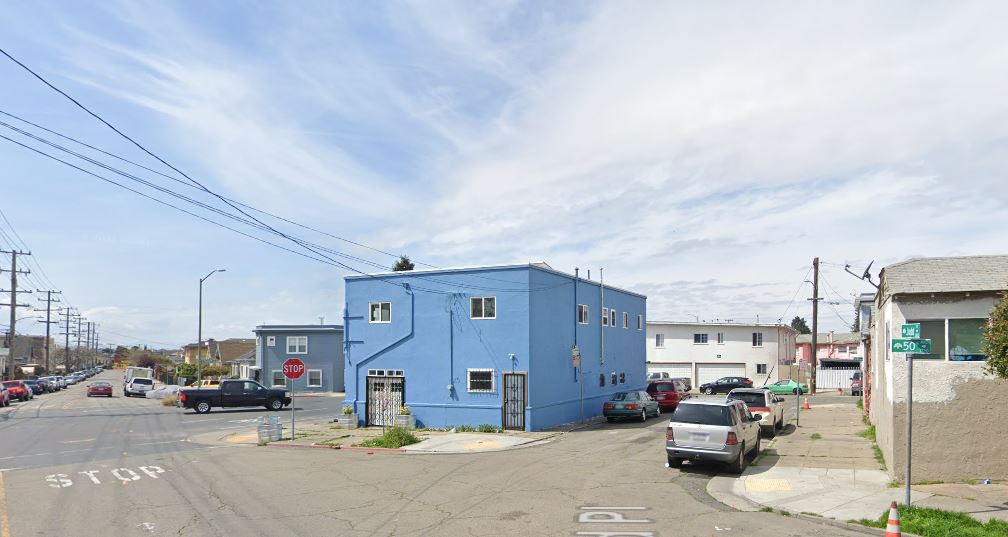 Longworth and Howard told Oaklandside that they bought the property in 2015 but didn’t know about the history of the building until 2019 when a friend told them they spotted a picture of the structure at the Oakland Museum’s Queer California exhibit. “It was an unexpected gift. It feels really nice to be keeping this as a queer space in some way. It feels like we’re part of its history now, and maybe we’re supposed to be part of its history,” the couple told Oaklandside. The pair says they did notice clues that their home may have been a drinking establishment in the past — like the section of shiny dancefloor in the upstairs room, and the exit sign that was still intact in what is now their kitchen.

Stories about what it was like inside The Jubilee back in its heyday are widely documented in the Wide Open Town History Project. Oaklandside notes that a regular at The Jubilee, T. Davis, was interviewed as part of the history project in 1991 saying that the bar was a magnet for the Bay Area’s large Black lesbian community. “Downstairs, older women held court, listening to country-western music. Upstairs we played Black music so there were a lot of Black girls there,” Davis said.

The bar had a raw vibe of toughness and was known for a lesbian crowd that played pool, guzzled beer, and loved softball.  The Jubilee had its own softball team that would play against teams from other lesbian bars in the Bay Area. (Patrons of the San Francisco lesbian bar Maud's, which used to be in Cole Valley, recall often getting beaten by the Jubilee's team and having to go to the winners' bar to buy them drinks.) When there were no other teams to play, patrons who liked the upstairs space would play against customers who preferred the downstairs area. “What I love so much is that it was really local — a bar firmly rooted in a working neighborhood. It was integrated into the community in a way that’s hard for queer spaces in general,” Howard told Oaklandside. 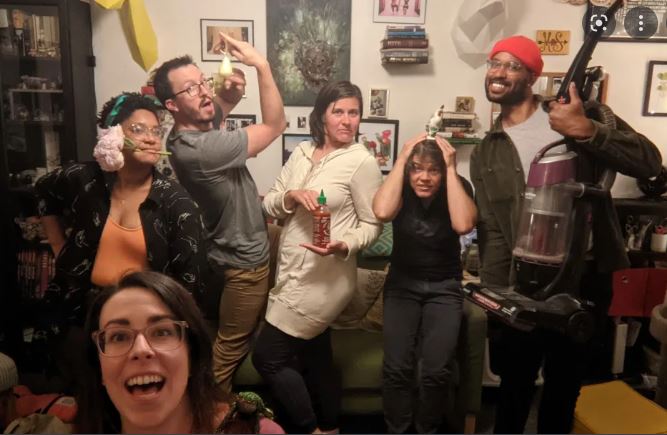 Fast forward to today and the space has several uses. The upstairs is now Longworth and Howard's home, as well as home to a rehearsal space and office for The Peripatetic Players, a theater company that is run by the couple. The downstairs has a second living space along with Howard’s wood shop where she makes props and designs theater sets. The couple says they were drawn to the boxiness of the building which creates large amounts of space inside. “I make art pieces that often involve things that come out of boxes. I have a thing for the potential of a box, and what can come out of it,” Howard told Oaklandside.

Celebrated Oakland Italian restaurant Oliveto is definitively closing down this weekend after a temporary reopening earlier this year.