Plans to put a Home Depot in a busy area of North Oakland appear to be no longer on the table. The developers behind the project, which faced a huge wave of backlash from pretty much everyone, have pulled out of the project in an area adjacent to the Rockridge neighborhood. Preliminary applications were filed to put the hardware superstore on the property at 5050 Broadway, as reported by Hoodline in April. The site was once the home of the Rockridge Shopping Center, which contained a Safeway market. The shopping center was demolished about five years ago — the Safeway store moved to an adjacent property — and the lot has been vacant ever since. 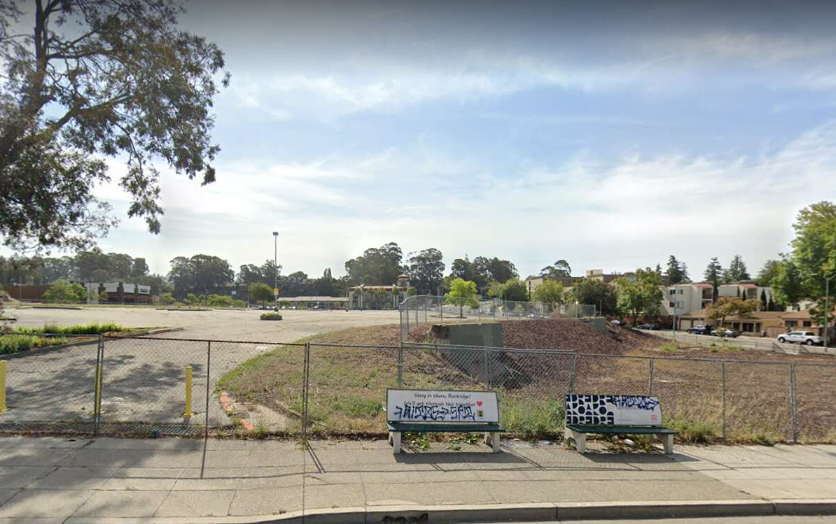 According to the East Bay Times, Oakland's Planning and Building Department told the developers of the Home Depot project that current zoning regulations prevent big-box retail stores from being built at the site. That news resulted in the developers pulling their application for the 102,000 square feet store and the accompanying 421-car parking lot. It's great news for the hundreds of people who vocally opposed the project. "Practically everybody in the community thought this was a bad location for a Home Depot. What we hear is, 'We need a good housing and retail combination, not a big box store,'" Oakland City Councilmember Dan Kalb, who represents the district where the 5050 Broadway property sits, told SFGate.

The city had already approved a new shopping center for the site long before the plans for the Home Depot were established. The rights to build the new shopping center were given to developer Terramar Retail Centers (TRC), which is based in Orange County, but the developer has failed to find an anchor tenant for it. Kalb now hopes that TRC revamps the plans for the shopping center by adding four to five stories of housing on top of it. Kalb says the property owner still needs to give the green light to the developer to add residential units to the project. "At this point, he's not allowing any housing. I've heard secondhand that he's saying he might be open to it, but nothing's in writing. So as of now, there's no legal way to put housing there, and the developer is kind of stuck between a rock and a hard place," Kalb told SFGate.

5050 Broadway is not far from the Rockridge BART Station, as well as the busy retail corridors on Telegraph, Piedmont, and College Avenues. Nearby residents seem to favor more housing on the site over shopping, but Kalb believes a residential component and a retail component in the project are equally important. "A lot of our residents in Oakland are going to Emeryville and Walnut Creek to do their shopping when they could stay in Oakland if we had more places for them to shop. So I want to keep a retail feel to it and a good architectural design, which is very important," Kalb told SFGate.