Tomorrow, London Breed will be sworn in as Supervisor of District Five, an area which includes the Lower Haight, Upper Haight, Hayes Valley, the Inner Sunset, the Fillmore, and other nearby neighborhoods. Last week, we sat down with London at the African American Art & Culture Complex to ask her about the recent campaign, issues facing the district, and her top priorities for her term at City Hall.

We asked readers of our blogs for questions for London, and we posed several of the most common ones to her during our interview. What follows is an admittedly lengthy transcript of our conversation. 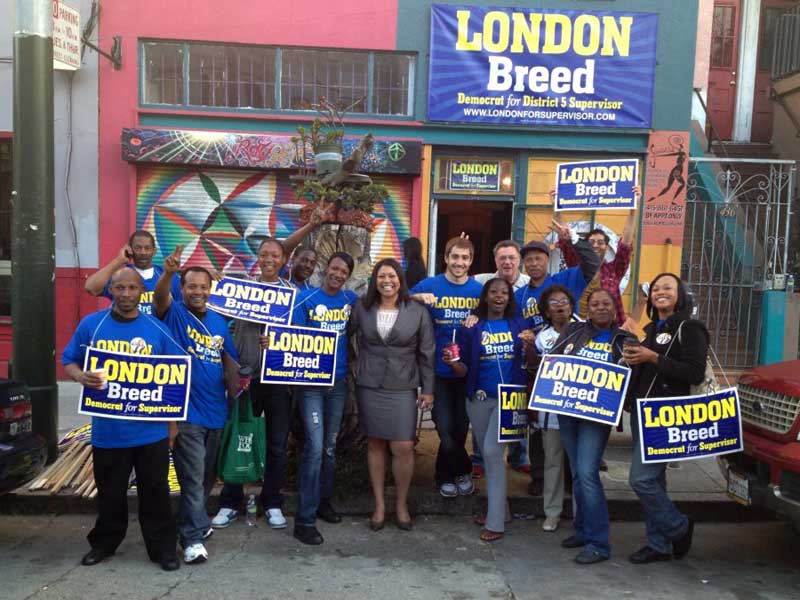 Facebook/London4District5
Thanks to London Breed for taking the time to chat with us. Tomorrow's swearing-in ceremony with Kamala Harris occurs at 10am in the South Light Court of City Hall, with a reception following at 6pm at the African American Arts & Culture Complex, 762 Fulton Street. If you'd like to attend either event, you're asked to RSVP to 415-692-3556 or info@londonforsupervisor.com by 5pm today (Monday).
Neighborhoods
Alamo Square, Cole Valley, Divisadero, Hayes Valley, Inner Sunset, Lower Haight, NoPa, Upper Haight