Flickr/mikemccaffrey
By Camden Avery - Published on June 26, 2013.
San FranciscoUpper Haight
Yesterday the SFMTA approved the funding to make bicycle improvements to the Masonic corridor north of the Panhandle.

The funding is coming from the federal level and is slated to include the city's first elevated bikeway. It'll eliminate a bunch of parking on Masonic but add bike lanes for safer transit, and morph the barren asphalt expanse that goes up the hill into a tree-lined boulevard (ooh la la), not unlike the stretch of Gough between Market and Fell. At least that's the plan. It's going to look something like this: 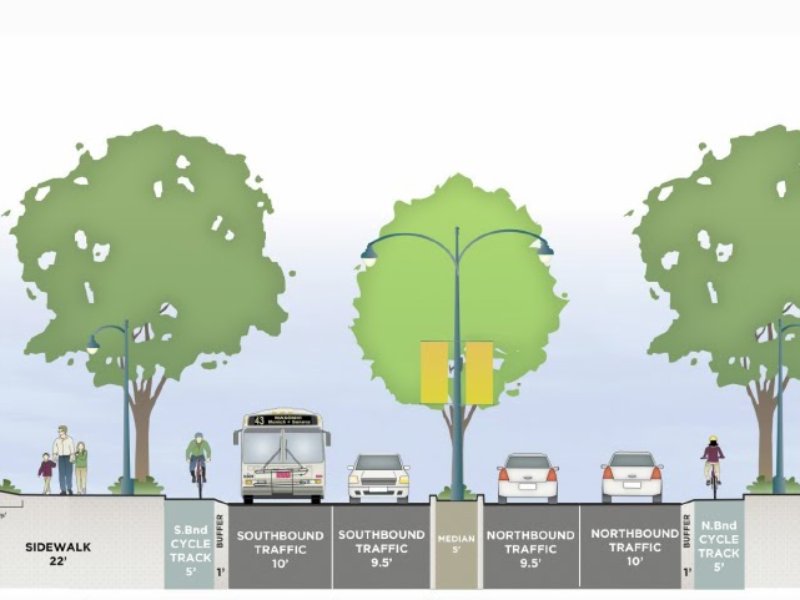 The NOPA neighborhood association and the SF Bicycle Coalition both campaigned for the improvements, the opposition to which was based on the elimination of parking spaces along Masonic that will result from the change. The SFMTA conducted an extensive review of traffic on the street and the impact of the proposed improvements. You can read their report (finalized earlier this spring) right here. We're excited to see what the results look like.
San FranciscoUpper Haight
About 11 hours ago