The Story of Patty Hearst And 1827 Golden Gate Avenue

Photo: mholloway63
By Nuala Sawyer - Published on June 18, 2014.
San FranciscoDivisaderoNoPa
The simple brick building at 1827 Golden Gate Avenue looks like any other 1920s apartment in the neighborhood.
In the spring of 1974, however, it was where the Symbionese Liberation Army (SLA) took 19-year-old Patty Hearst after kidnapping her from her apartment in Berkeley.  Three days after the kidnapping, the SLA  announced that they were keeping Hearst as a "prisoner of war." After taking her briefly to Daly City, they relocated her to NoPa for the duration of her imprisonment. 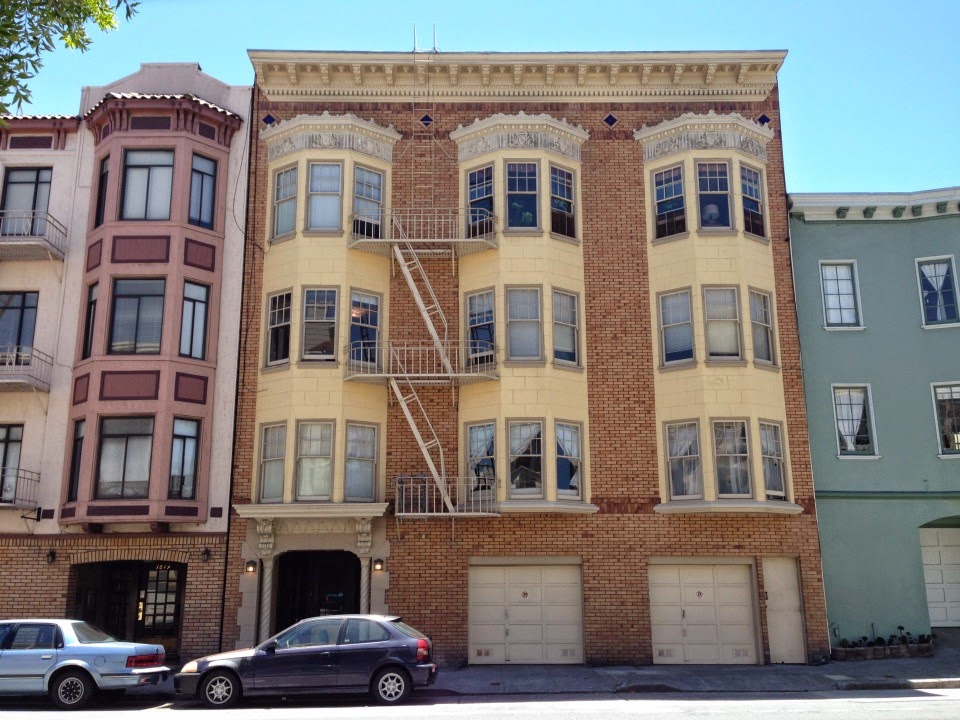 Photo: Nuala Sawyer / Hoodline
10 members of the left-wing guerrilla revolutionary group crammed into apartment #6, where they held Patty as a bargaining chip in order to get the two SLA members who had murdered Oakland School Superintendent Marcus Foster released from prison. The tactic didn't work.
Evidence of the trial transcript indicate that Hearst spent a good amount of time locked in a closet while at 1827 Golden Gate. It was from there that she made the famous tape recording to her father asking for his help. In the recording, you can begin to notice her defense of the SLA, reflecting what many identified as Stockholm Syndrome.
Nearly two months after her capture, Patty emerged in publicly-released photos as "Tania," dressed in revolutionary gear and fully armed. On April 15th, she participated in a bank holdup in the Sunset, fully cementing her support for the SLA movement. It took a full year for her to be caught, but in 1975 she was tracked down to an apartment in Cow Hollow, closing a bizarre chapter of San Francisco history.
So there you have it. Residents of 1827 Golden Gate # 6, your closet has some history. And now when you pass that unremarkable brick building, you'll know a little bit about the role it played in a guerrilla revolutionary hostage situation in the long-ago spring of 1974.
San FranciscoDivisaderoNoPa
About 21 hours ago