Thriftin' The Haight: Decades of Fashion

Photos: Lisa Gordon/Hoodline
By Lisa Gordon - Published on December 10, 2014.
San FranciscoUpper Haight
Last month, we kicked off a series on the Haight's many thrift stores, starting with Wasteland. Next up in the Thriftin’ in the Haight series? Decades of Fashion, located at 1653 Haight St.
Decades of Fashion is that store you’ve walked by countless times. You know it—it's the one with the stairs and the mannequins and the painted signs. If you don’t know it, you’re probably thinking it's just like all the other stores on Haight. But trust us, it’s not.
Decades of Fashion is the real deal, and so is its owner, Cicely Hansen, who moved here from Los Altos after being discovered as a fashion model at a Battle of the Bands show at the Cow Palace. She fell in love with San Francisco, and after returning home and finishing high school (she “thinks”), told her sister to “drive me to San Francisco, don’t tell Mom and Dad, and drop me off at the corner of Haight and Asbury.” It was 1966, and Cicely was only 17 years old. Now, she’s your neighborhood vintage clothing restorer, fashion designer, and local fixture.
We talked to Cicely to learn more about the history of the store and her life on Haight. 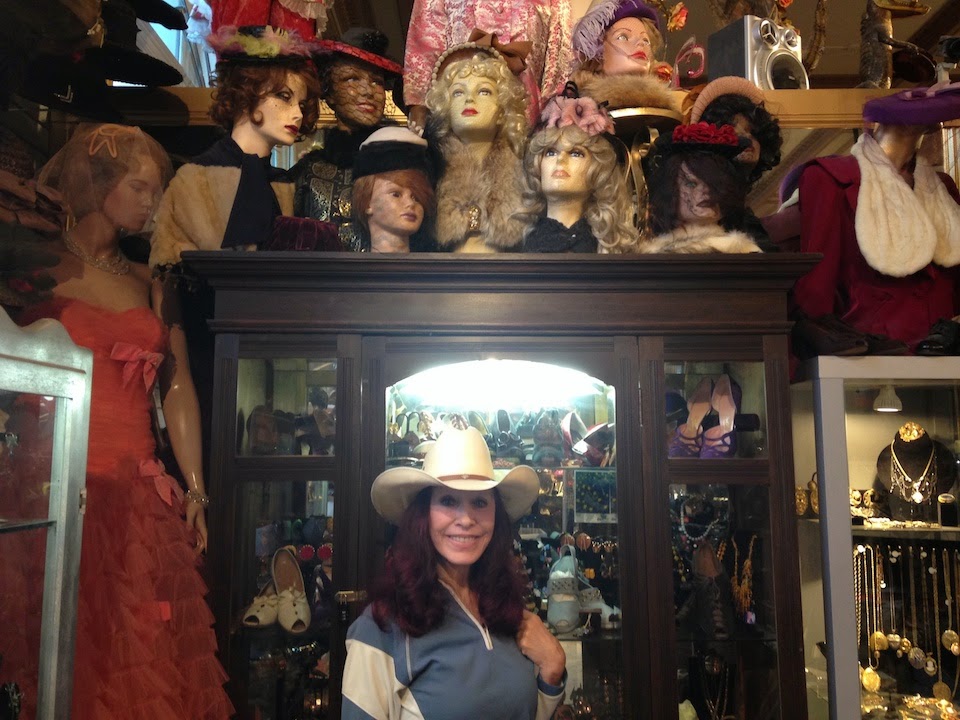 What’s the history of the store?
“I had my first store here in 1968. After being a hippie and painting store windows and modeling, I got married when was 19 and started restoring silk lampshades. I would also find vintage clothing that had holes in it and restore it. We bought a house with a garage and set the things up there. Pretty soon people were knocking on the door, and I had my own store,” Cicely said.
(Haight locals will enjoy some earlier details of Cicely’s life, such as how she found a “nice woman” who let her live in her house on Shrader, where it wasn’t the young boy who peed in the corner of the house (“he was a real free spirit"), but the ménage a trois she witnessed that ultimately led Cicely to leave.)
Years later, life took over, and she went back to Monterey to take care of her parents, who tragically died, along with her sister, within weeks of one another.
“I thought, where was I happy?" Cicely told us. "I was really happy when I was living in the Haight."
It was 2005, there was one store for rent on the entire street, the location of today's Buyer’s Best Friend. She opened up shop there, sleeping on the floor because couldn’t afford to commute, and built the foundation for the store. She ultimately opened up in its current location on November 11th, 2011 at 11:11am, in a building that was built in 1911. "I thought, nobody’s gonna go up the stairs. What am I gonna do?" she said. "But, the stairs were a non-issue. It was so fabulous.” 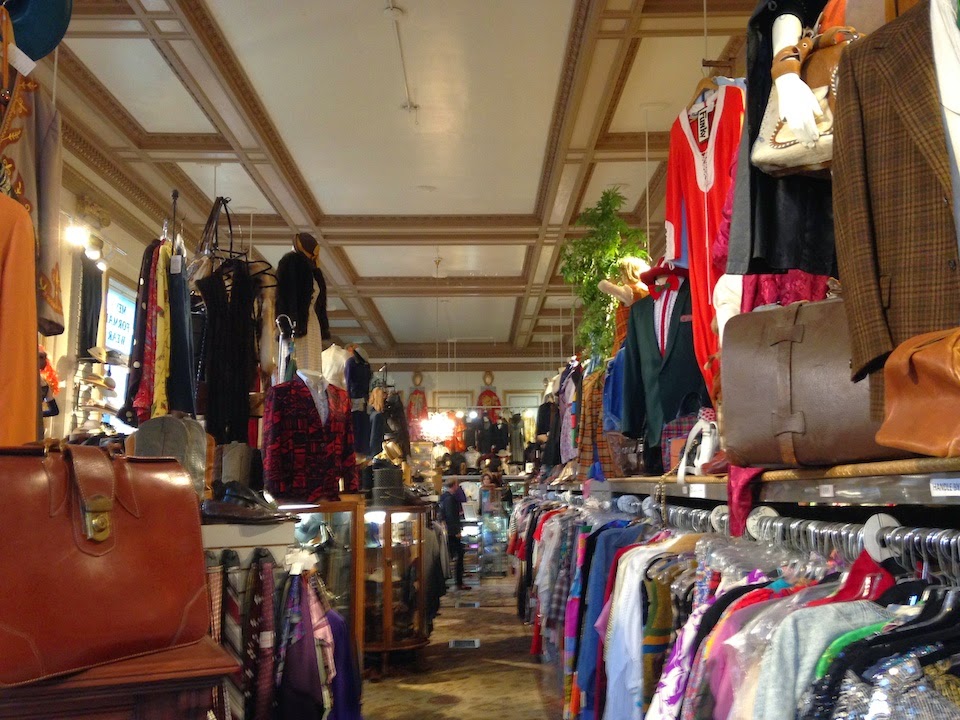 I’ve heard celebrities like to come here. Is that right?
"Not only did people come in, crazy things have happened. Florence + the Machine came in; she’s now a client. Carlos Santana. Gaultier had a showing at DeYoung, and he came in with his entourage—we had not a clue who they were; they were touching things they shouldn’t and I’m saying, don’t touch that—and then they asked if we could dress them for the gala.”
How is your store different from the others on the street?
"Because I started 47 years ago, I have people who know me,” she says. “And I have the biggest store in the city, so I can carry more.” She also stocks mens’ items—a lot of them. “A lot of men get shortchanged in vintage world, “ she told us. “Rumor is you got buried in your best suit. I really go out and track men’s suits.”
Cicely adds that one major thing that sets her store apart is her focus on the fashion industry. “We have talent here. Milliners, designers, people with fashion degrees and degrees in fashion history, people who specialize in men’s styling. I can assign a men’s stylist to you. You don’t have to be groping around the dark on your own." What do people shop for here?
"We have Yves St Laurent, Chloe, Gucci, Versace as clients. They come and buy their old couture pieces back.”
San Francisco, she adds, is theme-party central. Indeed, Cicely’s store is known as the place to go if you have a big bash to dress up for. “If I don’t get to do a '20s party per month, it’s shocking. '20s parties. '70s parties. It’s so much fun.”
In fact, all those 1920s parties were the catalyst for the store’s own dress line. “We would sell a '20s dress for these parties. But when you’re at a party you expect people to grab you and kiss you spin you and maybe even get drunk and dance with you. So I didn’t want it to be like what it’s like when I’m at the Gatsby Picnic and I’m a judge and I’m going 'don’t touch me, don’t breathe on me, no I don’t dance, I’m in $1,500 worth of clothes, don’t look at me.'” The line is called, fittingly, Fabulous Flapper.
What are some of your favorite items?
"A gown I wore, when I co-hosted a charity event with Cloris Leachman for a restoration of a beautiful old home in Vermont. I wore 1915 beautiful Edwardian piece.” 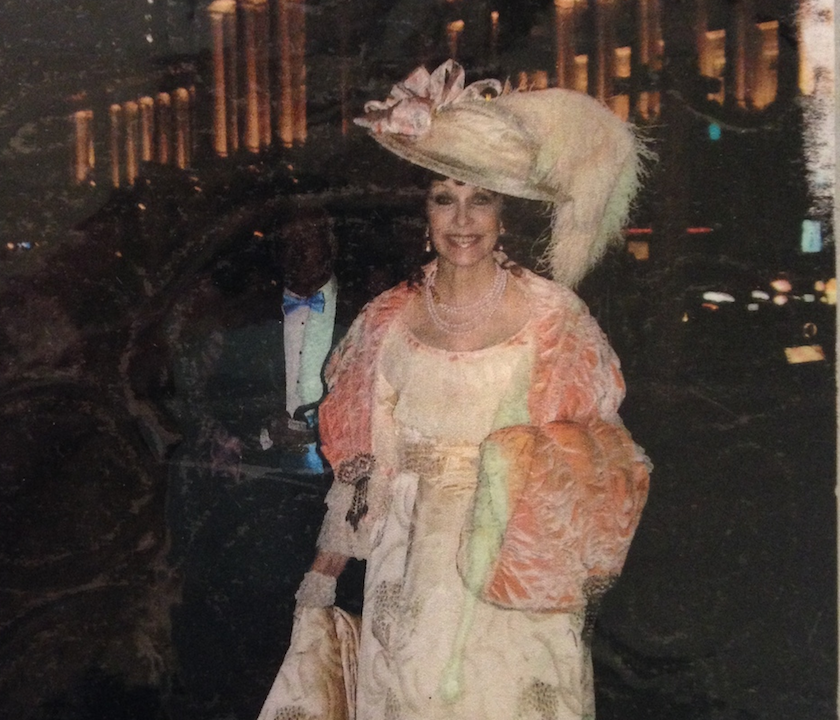 What was Haight Street like back then?
"You could stay on the street ‘til the middle of the night. There was none of this vile talking, no swearing. People sat on the street because it was clean. I walked barefoot. Now, when I say, hey could you not have your dog poop on my sidewalk, they say, ‘it’s Haight Street, it’s always been like this.’ I say, 'you’re wrong, you were not here, I was. It was never like this.'”
And what’s it like now?
At one point, Cicely told us, she was referred to as “the bitch of Haight Street” because of her objections to some of the more unsavory changes to the neighborhood. Cicely says that she’s just trying to run a classy business. “I am trying to bring Haight Street back to a level it deserves and belongs." That's the reason she’s petitioning to have Haight Street spruced up including a proposal to put stars on the sidewalk—similar to what they have in Hollywood—to commemorate the history of the Haight.
Despite all that, are you happy with your store?
"I love it, if only I didn’t have to face the little bit of street stuff ... but there are some fabulous stores on this street. Relic is fabulous. I’m really good friends with the La Rosa people. They’re fabulous, I’ve known them for years. The lovely people who own Buyer’s Best Friend, they had me put together '20s outfits for their grand opening. The street has so much to offer. I just wish the city would step up and re-do the street like they’re doing Castro so that maybe people will have a little more respect."
“But some of the people who come in here are so fab. They’re still coming in and wanting to talk about the Haight. And because I was here I get to talk about the fact that, yes I did live across the street from the Grateful Dead, and Pig Pen used to chase me up the street. Rock Scully, their manager, used to hide me in the closet. And yes, Janice Joplin hated me because Tim Fish loved me, and she loved him. It’s fun to talk about that.”
What are people shopping for right now?
"That special, beautiful dress, '20s looks, and vintage men’s suits."
When are you the busiest?
"Around Burning Man and Halloween." 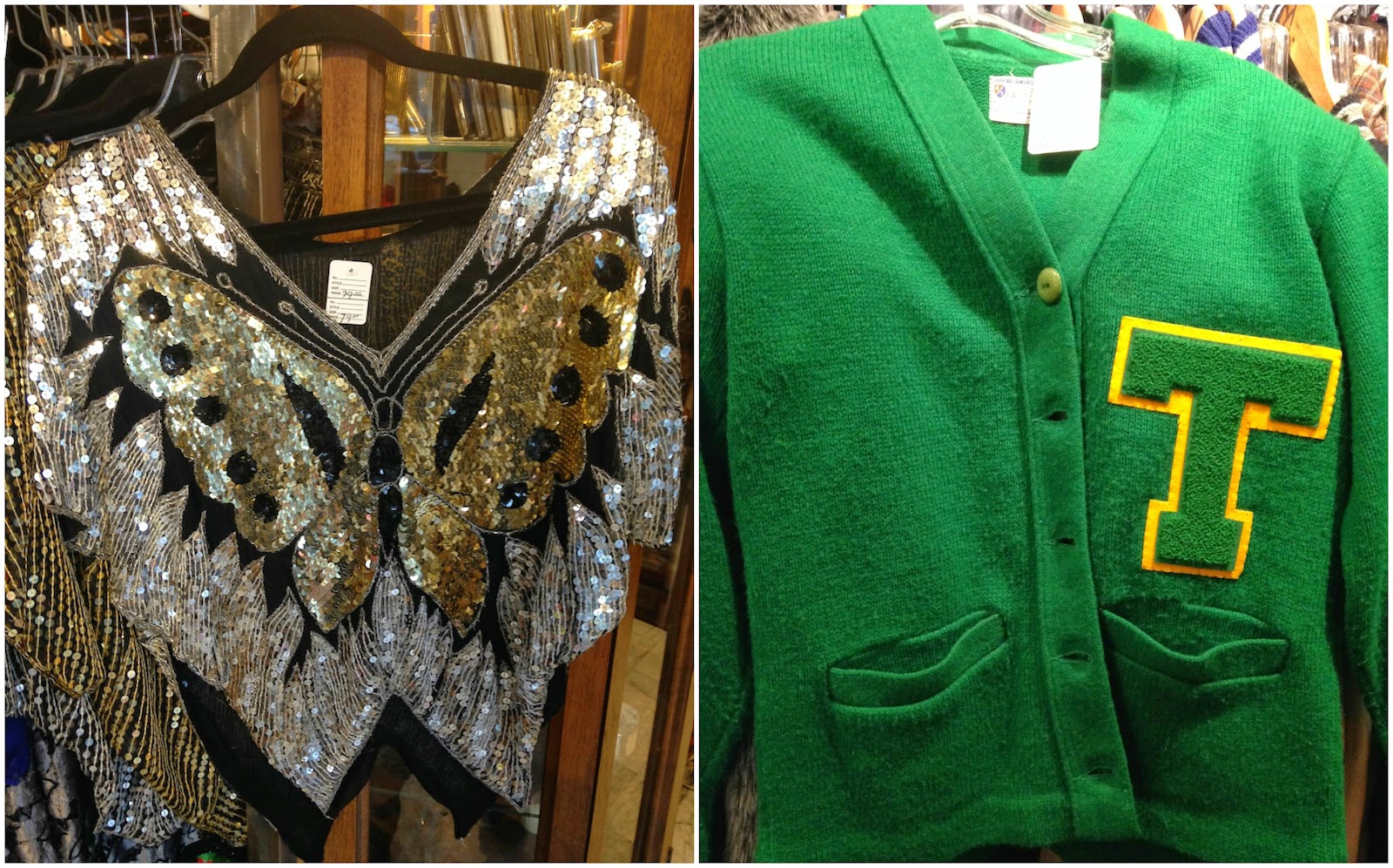 What I wanted:
'70s butterfly top
'50s letterman sweater
Anything from the Fabulous Flapper line
Overhead while shopping:
"Gail would be helpful with that because she knows what '20s and '30s veils look like, and she knows which are the newer veils and which are the older veils. Not new—50 years old is not new.”
San FranciscoUpper Haight
About 16 hours ago