Flickr/Nathan Yergler
By Walter Thompson - Published on January 09, 2015.
San FranciscoCole ValleyDuboce TriangleLower HaightInner Sunset
If you're an N-Judah rider, your weekend transit plans are about to change, as the Sunset Tunnel's major repair project resumes tonight.
The ongoing work on the Sunset Tunnel Improvement Project kicks off at 8pm tonight and continues until 5am on Monday. With 12 more weekends planned to complete Sunset Tunnel construction before the project’s projected end date of June 2015, this won't be the last period of curtailed N-Judah service: the agency has identified the weekends of January 23rd and 30th as its next tentative work periods.
The ongoing tunnel work may seem inconvenient, but the 86-year-old tunnel is badly in need of an upgrade. In addition to the trackbed work, SFMTA will use the time to retrofit retaining walls and foundations at the tunnel portal retaining walls. The work involves both the The N-Judah Rapid Project and the SFMTA's trackway improvement initiative. 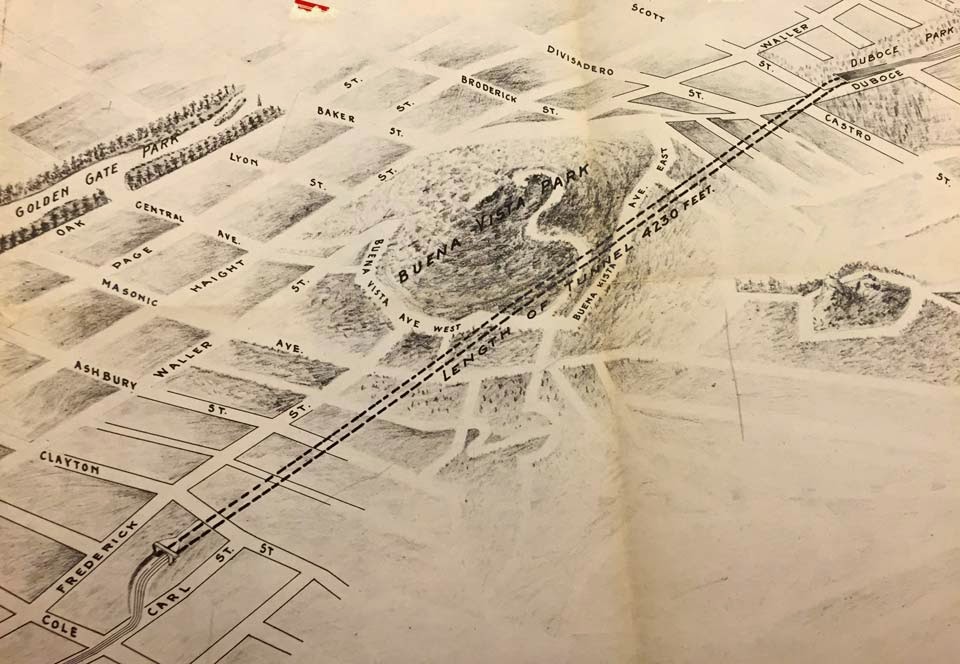 SFPL History Center
Most activity will occur inside the tunnel and around its entrances, but this weekend's ongoing work creates noise, shuttle buses and parking restrictions. Farther west, Transit Signal Priority system (TSP) upgrades bring construction to the Inner Sunset. Here’s a breakdown:
Noise:
Starting tonight and ending tomorrow afternoon, crews will begin moving gravel into the tunnel’s Cole Valley mouth. From Saturday to Sunday, trucks will move to the east portal near Duboce Park to bring in gravel for a more stable trackbed. SFMTA said it will do its “best to keep the noise down, but the work will be audible throughout the weekend.”
Parking Restrictions:
From midnight tonight until 5am Monday, parking restrictions will be in place on both sides of Carl between Clayton and Cole and on both sides of Duboce from Steiner to Scott. (And no, you can’t get a residential parking permit by midnight.) 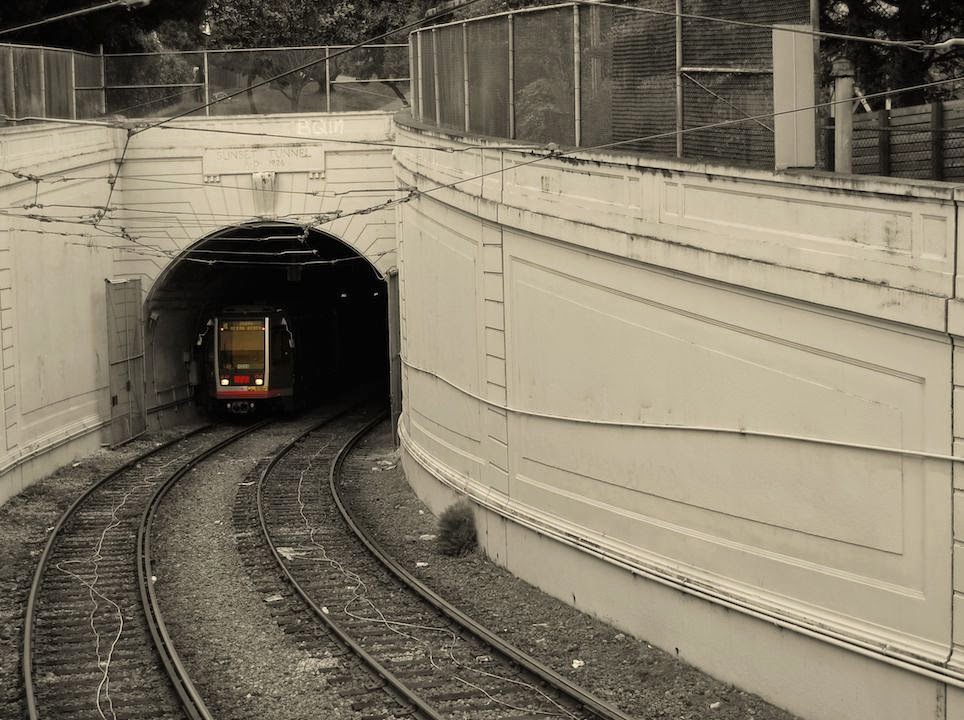 Flickr/Roshan Vyas
Shuttle Buses:
The good news is that N-Owl bus service will not be disrupted. As for the rest, shuttle bus service will replace light rail between Ocean Beach and Church & Duboce, where Metro riders may transfer and ride all the way to Caltrain, per usual.
Shuttle buses will begin running tonight at 7pm and will continue until early Monday. Along the tunnel section, the N-Judah will stop along Haight before resuming its regular route in Cole Valley and heading to its terminus at La Playa & Judah.
TSP Upgrades, Irving St. between 3rd and 9th avenues:
According to SFMTA, Transit Signal Priority upgrades will speed up light rail by holding green lights longer to “reduce dwell time at traffic signals.” In the Inner Sunset, a crew will begin installing new signal loops between the tracks at Irving at 7th and 8th avenues around 7 pm. Although the work will continue through Saturday, the agency will “schedule the work to avoid late night noise.”
Wheelchair Platforms, Judah and 28th Avenue:
Currently under construction, two new platforms will include longer boarding islands and ADA (Americans with Disabilities Act) compliant curb ramps “making Muni Metro system safer and easier to use for all customers,” SFMTA said.
The forecast says it’ll be partly cloudy and in the high 50s this, so consider using this weekend as an opportunity to see the city from a new perspective (such as the sweeping view from the 33-Stanyan as it makes the hairpin turn from Market onto Clayton).
San FranciscoCole ValleyDuboce TriangleLower HaightInner Sunset
About 13 hours ago