Souls Of The Tenderloin

Last week, we took a trip through the Civic Center area with Dijon of Souls of Society, meeting interesting individuals along the way. Now, we present our first Tenderloin installment of our "Souls Of" series, featuring photos and brief on-the-street interviews of people we met on a recent visit to the neighborhood. 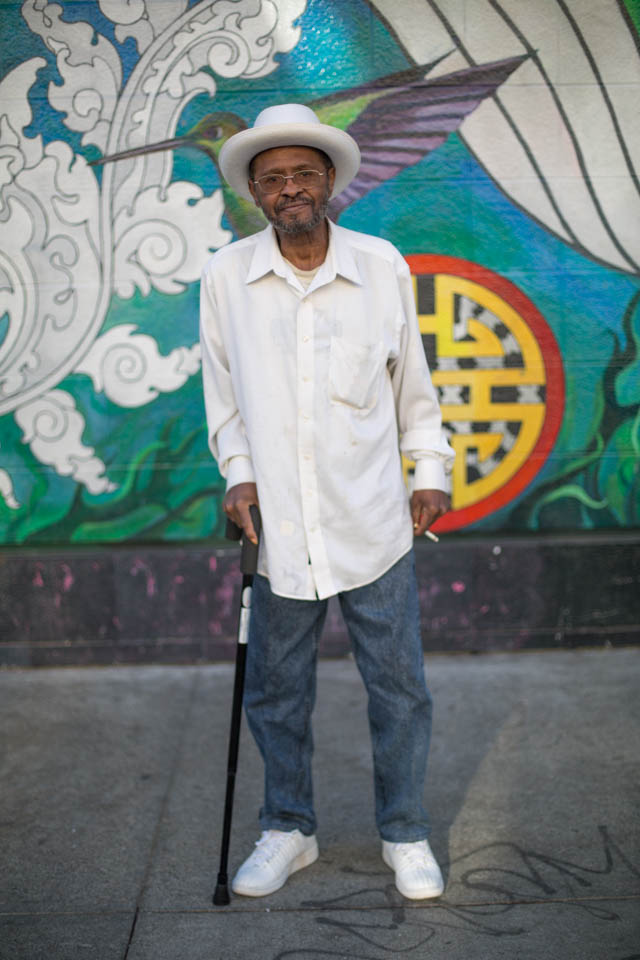 "I came to the bay when I was four years old from Oklahoma. I moved over here from Potrero Hill three years ago."

“There’s too much dope down here, a lot of the people I know here are on it and I don’t much care for the dope. That’s the worst part of living down here.”

“I hear you, that’s the worst part. Is there a good part about this place?”

“There really ain’t no good part, I don’t like it down here. I’m trying to get my birth certificate so I can get out of here.” 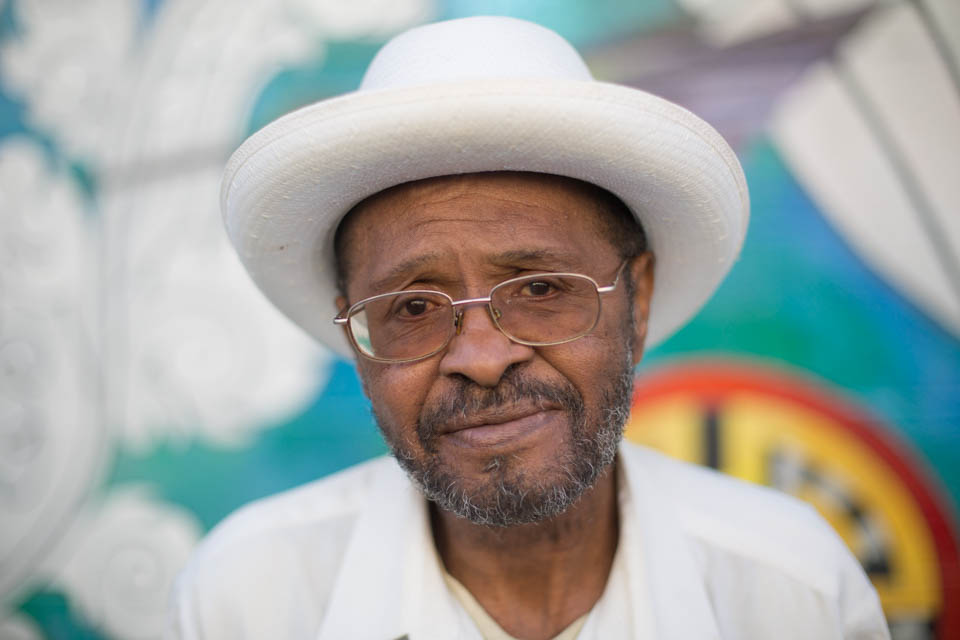 “When I was younger I wanted to be a lawyer but I missed that dream a long time ago.” 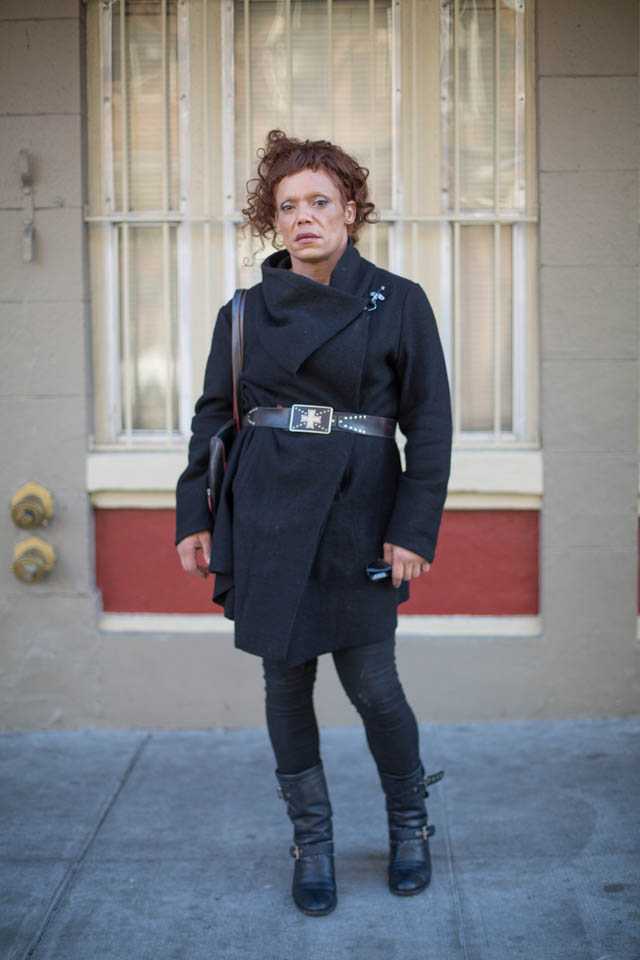 “I’m a musician and I’ve been struggling with my music for too long.”

“What kind of music do you play?”

“It is but I have no business sense.”

“What inspires you to create?” 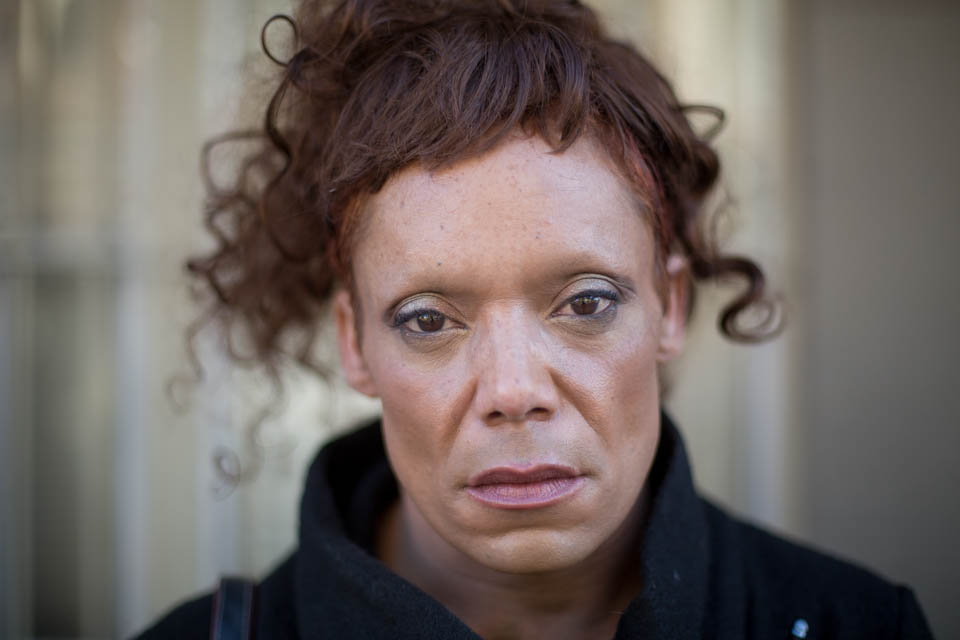 “How long you been in San Francisco?”

“High is when you’re on top right? Are we ever really on top? I wanna be on top, but I’m kinda old now, and I don’t want to be part of the new world order.”

“I do know but I want to hear your perspective.”

“I got really freaked out because these people want to depopulate the world because they’re so greedy and evil. The Anunnaki is supposed to come back and destroy the NWO though. The Anunnaki genetically modified us thousands of years ago to be slave labor to mine gold for them because gold is a super conductive material. There’s all different kinds of planets, all different kinds of galaxies. There’s a lot going on.” 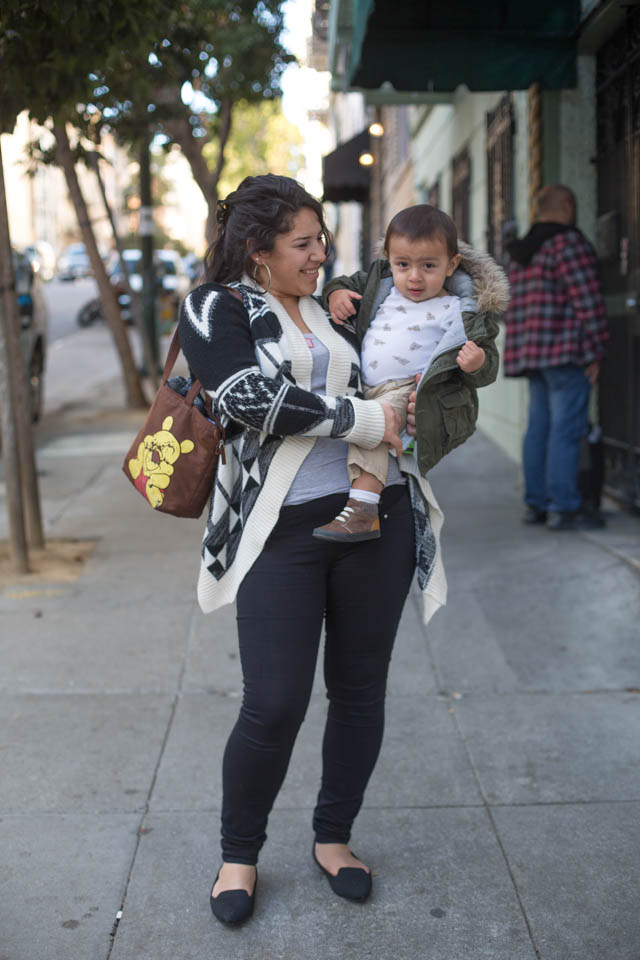 “What’s your favorite thing about being a mom?”

“The priceless time I get with my son, it’s nice to pick him up and have him run up to me to give me a hug. It’s really his company overall. He has his moments like anyone else but his soul is so innocent and pure.”

“Did you always wanna be a mom?”

“I didn’t. I was over there in the Mission doing my thing, I got with someone and it turned into the biggest gift of my life.”

“What was your life like before you became a mom? Did you party a lot?”

“It wasn’t exactly partying. I was doing doing drugs and running with gangs and stuff. This got me away from all of that. I try to keep a healthy environment for him.” 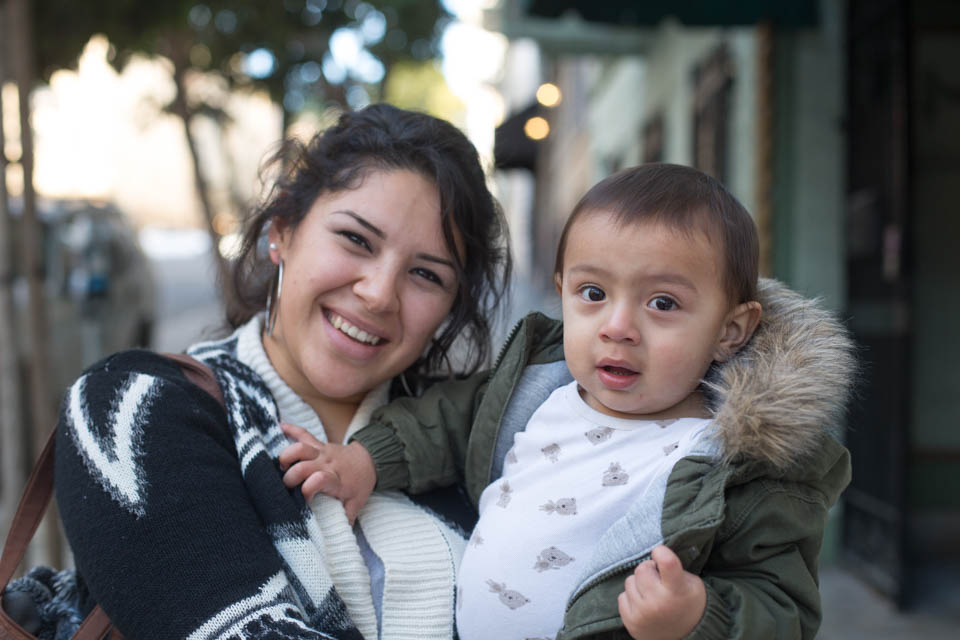 “Do you have any specific aspirations for him?”

“I want him to do him. Whatever is going to make him happy and give him a better life than me. I used to be bitter about some of the things that happened to me, the depression I kept myself in or all the people I was surrounding myself with, the whole life I was living was full of shit. But now it’s real, when you change your outlook everything changes. Now I see everything as happening for a reason.” 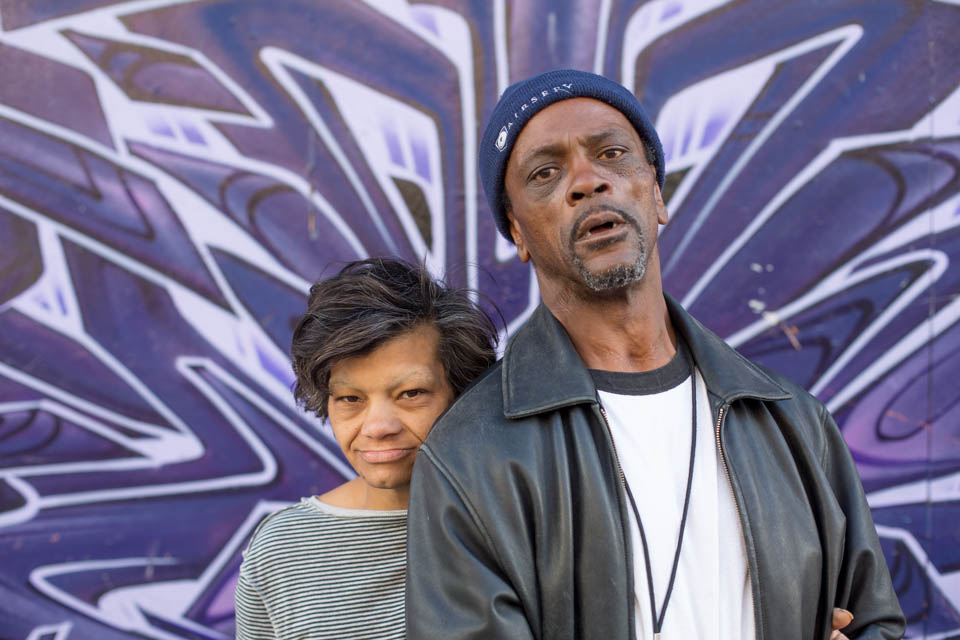 Him - “The worst is when it’s pouring down rain and you’ve got nowhere to go. If you don’t let it manipulate your mind you’ll be able to conquer it. I’ve always been able to conquer it because the man from up above gives me the strength and the knowledge to escape whatever it is.

"Being under the influence of drugs is what keeps a lot of us out here but I don’t use that as an excuse because even though it’s a mind-altering substance that don’t mean I got to let it alter me so I can’t walk and chew bubble gum at the same time.”

“Are you using drugs now?”

“Yeah, I’m an addict, I’ve been an addict for number of years.”

“What’s your drug of choice?”

“My drug of choice is crack cocaine.”

“It’s just a purer form. To me drugs is drugs.”

“Could you ever imagine yourself not doing crack?”

“I’ve been off of drugs before. I was sober for a year. I had a choice to stay incarcerated in San Quentin prison or go to a drug treatment program, of course I took the lighter. I felt like I was winning because I got to get out of jail and I got to see another perspective.”

“I hear you, well thanks for sharing with me.”

“Yeah, I’m a firm believer that God works in mysterious ways and He’s the one creating all this so we just gonna let it play out and learn.” 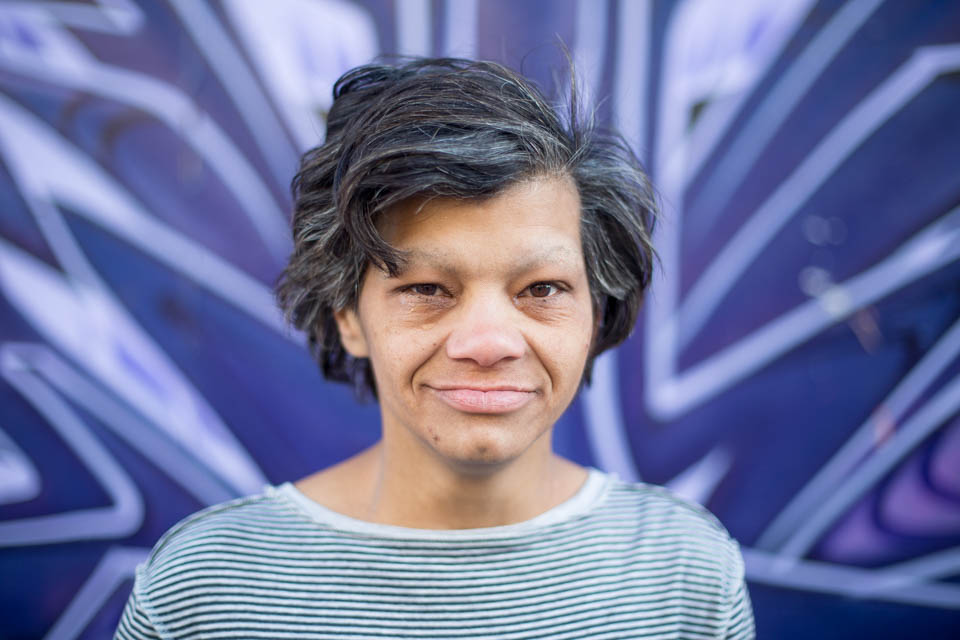 “I can’t continue to go backwards no more.”

“What made you realize that?”

“Thanks for having an open heart and being willing to listen and learn.”

Stay tuned for more installments coming to a neighborhood near you.