The Office of Mayor Ed Lee released a new Central Market/Tenderloin Strategy on Friday with the hope that a new approach will transform the entire Mid-Market, Tenderloin and Sixth Street region within the next three to five years.

The goal of the new strategy, which will guide policy in the area going forward, is to build “a diverse, healthy, mixed-income neighborhood that offers safety and well-being to all who live, work and visit Central Market and the Tenderloin.”

To do so, the strategy proposes better coordination between public and private entities that provide resources to take care of the low-income community, create new economic opportunities, and promote safe and clean shared spaces. The plan prioritizes activities that satisfy two or more of these initiatives. The Tenderloin Pit Stop Program, according to the 37-page document, is an example of a two-pronged initiative the city would prioritize, given that it promotes cleaner streets for all and increased dignity for homeless residents. 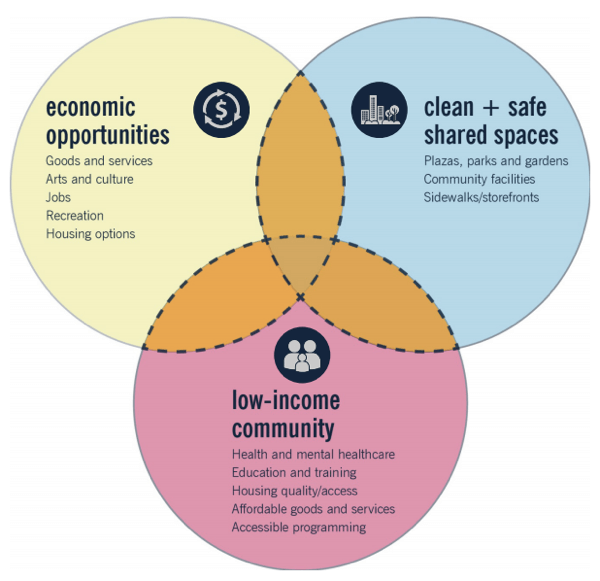 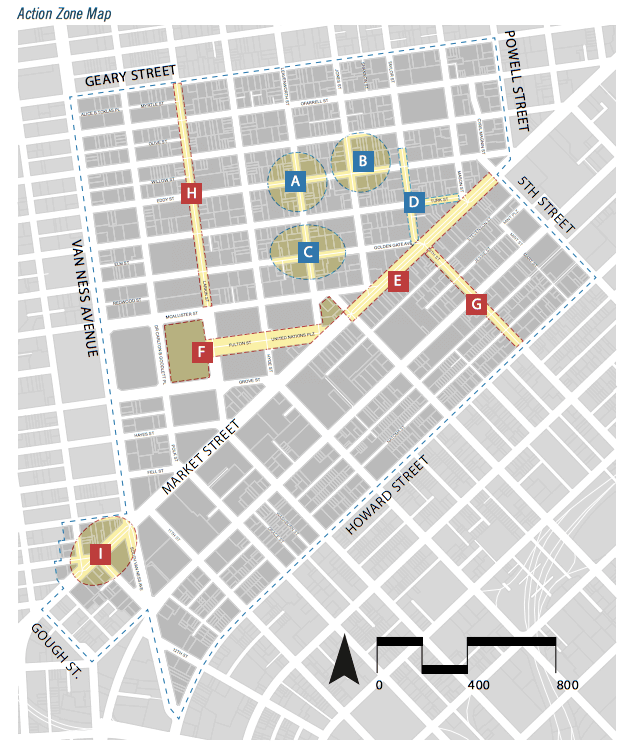 Mayor Lee released his previous Central Market Economic Strategy (CMES) at the end of 2011, months after the Board of Supervisors approved the controversial Central Market/Tenderloin Payroll Expense Tax Exclusion and other city departments began devising the Better Market Street Plan, which is now undergoing an environmental review.

According to Mayor Lee's latest press release, the 2011 strategy has brought 12,000 new employees, 5,600 new housing units that either permitted or under construction, and a host of new businesses and arts venues to the Central Market area. Per the Mayor's office, more than three-quarters of the area's current housing stock are permanently affordable or rent reduced and 20 percent of the new units being constructed will be below market rate.

Though the Mayor's Office sees the 2011 strategy as a success, community feedback in 2013 revealed "ongoing frustration with the lack of safety, cleanliness, and positive activity on sidewalks and in plazas, as well as a desire for greater support in caring for the mentally ill." Residents called for better parks and infrastructure, as well as new businesses that would benefit the neighborhood. Per the newly released Strategy: "While the initial CMES approached Market Street very much as a core downtown thoroughfare, it became increasingly clear that making meaningful, sustainable improvements benefiting neighborhood residents would require a different approach," and the new strategy aims to reflect that feedback.

While Mayor Lee has deemed the tax break a success as well, it's had its detractors. Supervisor John Avalos told the San Francisco Chronicle , “What's the point of saving Mid-Market when one consequence of the tax break has been that many of San Francisco’s longtime residents have been turned out for new Mid-Market workers who can withstand the affordability crisis?”

And, as Central City Extra has reported in depth, some members of the Citizens Advisory Committee — the group of community members appointed by the Board of Supervisors to oversee the Community Benefit Agreements companies must sign in order to be eligible for tax break — have resigned, disheartened by their limited involvement in the process.

Mayor Lee's new strategy does admit that there are few examples of neighborhoods effectively bridging an income gap as large as the one currently seen in Mid-Market and the Tenderloin, but argues that the city must find ways to do so to ensure "that Central Market/Tenderloin feels like one shared neighborhood and not two different worlds."