The Lower Haight's newest restaurant is now open for business at 509 Haight St.

Stone Bowl (or Stone Bowl+, if you believe the awning) opened last night at the location most recently occupied by Sushi 509. The space is hardly recognizable from its previous incarnation — the sushi bar has been removed, and a large communal table now occupies the center of the restaurant: 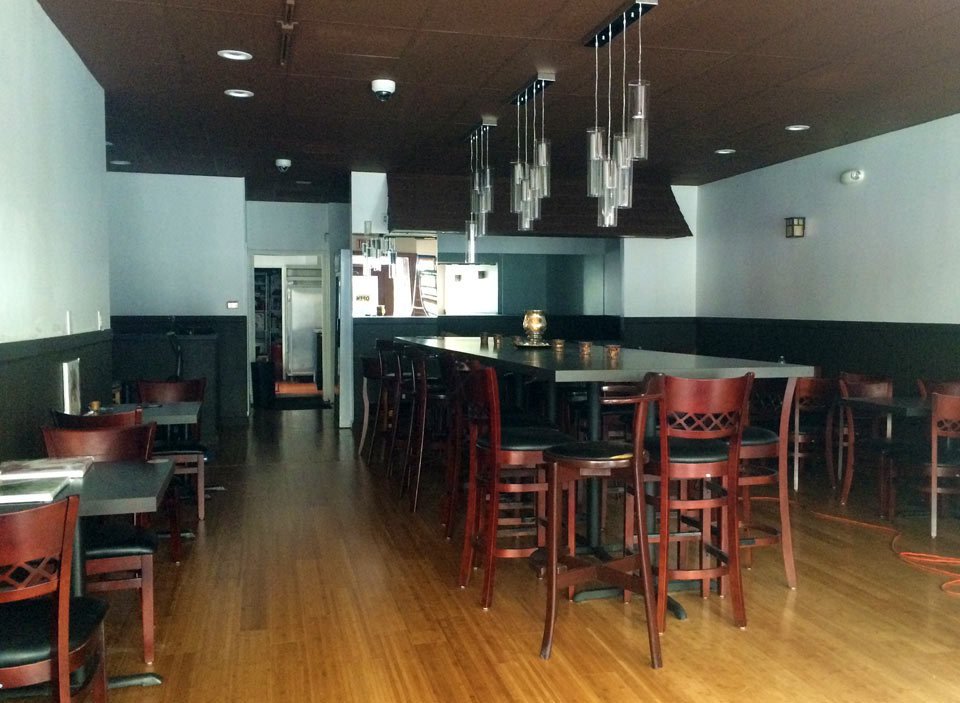 A Stone Bowl employee named Jenna told us yesterday that the restaurant has opened with a limited menu, but will expand in the weeks ahead. The debut offerings include the following small dishes:

The restaurant will eventually serve lunch, but for now is open for dinner service from 5pm to 10pm, seven days a week. Jenna told us it will also be open for brunch on Saturdays.

There's no website or Yelp page for Stone Bowl yet, so if you try it, you'll just have to form your own opinion. (Then, come back here and let us know what you think.)