The first ever Prototyping Festival to appear on Market Street happened only five months ago, but work is already taking place behind the scenes to launch the next one. The "Central Market Showcase," on Market between Sixth and Seventh streets, will launch on September 27th, revisiting 10 of the prototypes from this spring's edition. This time, they'll be up for a month, instead of the previous four days.

Last April's Prototyping Festival took over two miles of Market Street, and included a ping-pong table, an interactive sound installation, and a large community chalkboard, among many, many other art installations. All told, 52 separate prototypes ran along the busy commercial corridor.

The goal of the festival, which was organized by the SF Planning Department, the Yerba Buena Center for the Arts and the Knight Foundation, was to “build a more connected, beautiful San Francisco.” The installations—many of which were interactive—did indeed seem to bring the community together; office workers, local residents and tourists could be found interacting with each piece. 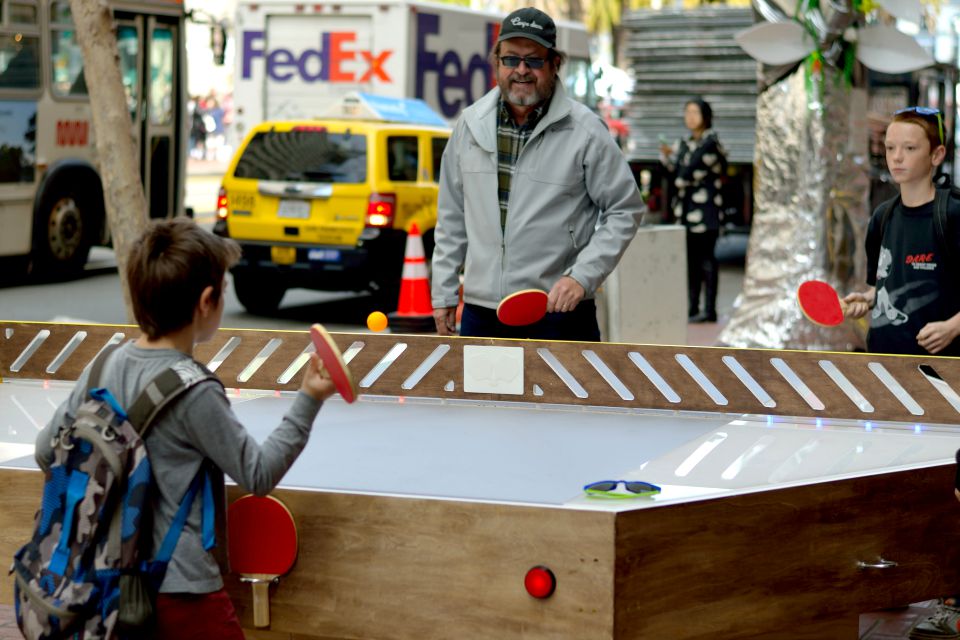 If you felt particularly strongly about one installation, there's a meeting tomorrow, September 3rd, to decide which 10 of April's prototypes should be reworked for the Central Market iteration. The meeting will take place at 5pm at the Center for New Music (55 Taylor St.).

Proposals for new prototypes will be solicited down the road, in time for the next large-scale festival in 2016. We'll keep you updated as plans develop.

San FranciscoMid-Market
About 3 hours ago