The Mina Group, the umbrella company for chef Michael Mina's coast-to-coast restaurant empire, has filed for a liquor license at 350 Mission St., the future home of a building of the same name (scheduled for completion later this year) that will be fully occupied by Salesforce. The building is adjacent to the forthcoming Salesforce Tower, set to debut in 2018.

According to the liquor license, the restaurant will be named Middle'terranea, a moniker that is familiar to Mina fans: it was the name of the company's first pop-up at the Marina's Mina Test Kitchen, which debuted this summer.

While a PR rep for Mina Group confirmed via email that "we are working on a project of a yet-to-be-determined nature in the 350 Mission building," she said "it will not be Middle’terranea ... We were thrilled it was such a success at the Mina Test Kitchen and are excited to see what the future holds, but we currently do not have plans to open Middle’terranea." So Mina will indeed open something there, but we'll have to wait and see what the concept will be. 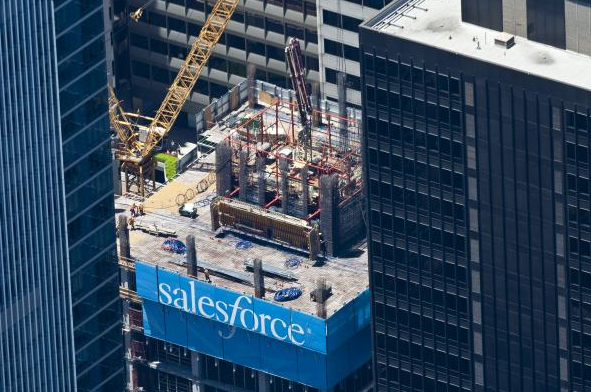 Earlier this year, Mina leased the former Cafe Claude Marina space (2120 Greenwich St.) to serve as the Test Kitchen, which Inside Scoop reported would house "rotating temporary restaurants prior to its to-be-determined permanent concept." According to Eater SF, "the most successful or promising ideas might eventually find their way out into the rest of the Mina Group."

Middle'terranea, the first pop-up to debut in the space, was a collaboration between Mina and Adam Sobel, the executive chef of RN74 (301 Mission St.), which is also a Mina restaurant and would be located right down the way from the planned new spot. It served food inspired by the cuisines of Turkey, Israel, Lebanon, and Egypt, and met with critical acclaim and strong crowds throughout its three-month stint. The Mina Test Kitchen is currently hosting a second pop-up, which started October 31st and has the theme "Little Italy."

The debut of the 350 Mission space will be the latest in a plethora of concepts for the prolific Mina: he opened Pabu and The Ramen Bar in the Financial District last year, and debuted a new location of his Bourbon Steak chain, as well as a luxe Michael Mina Tailgate party for 49ers fans, at Levi's Stadium in Santa Clara.