If your nights or weekends have been hampered by Muni tunnel construction, brace yourselves for 2016, when the Twin Peaks Tunnel will undergo work to improve stability, safety, and train speed. The tunnel connects Castro Station with West Portal Station and is used by Muni lines K, L, and M.

Since our earlier coverage of the coming Twin Peaks Tunnel Trackway Improvements plan and a flurry of community meetings held in March, there has been little movement or news on when the project would begin, other than a projected Winter 2016 tentative start date. With the official first day of winter coming up this Tuesday, Dec. 22nd, we contacted SFMTA Project Manager David Greenaway to get an update on the project, the anticipated start times, and the closures to expect during the track-replacement and seismic reinforcements. 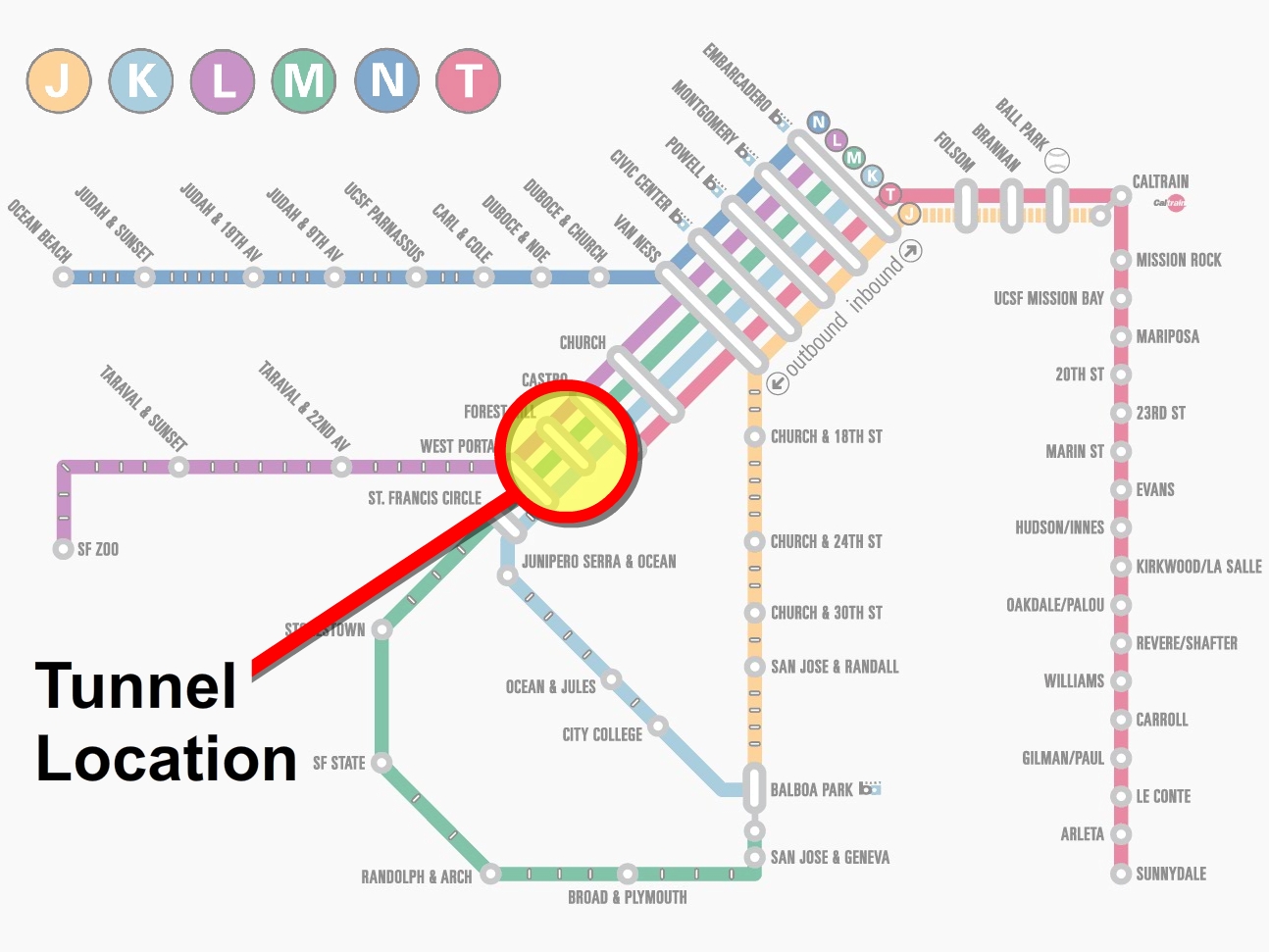 Greenaway told us that SFMTA will be awarding a construction contract in January, with the contractor proceeding in April. "After that, construction will break ground around June," he explained. "The contractor has 400 days to complete the work."

While the contractor will have a 400-day window, they will only be allowed 21 weekends to perform the work. During some or all of these weekends, the tunnel will be completely closed from Friday night through early Monday before commuters use the trains. Above-ground shuttles will run in place of the trains during weekend closures, as has been the case with the ongoing Sunset Tunnel construction, which began in Nov. 2014 and will finish up, according to our latest update, early next year.

The start time may even be pushed further, according to Greenaway. "There is a disagreement between two of the bidders on the contract which, should either of them choose to file a legal action, has the potential to push the dates out by three months."

We'll have to wait for the contract to be awarded to learn more about specifics of the actual start time, but for now, you can learn more about the specific work that's planned by checking out the project's website.