The vandalism of Super Bowl statues has continued: last night, the statue in Alamo Square, which had previously had its sign defaced to read "Superb Owl 50," was knocked on its side, with the bottom display now reading "Oops." (Tipster SFCitizen submitted the photo of it above.)

Tipster Jackie also saw the fallen statue. "I was up early to go catch a flight, and I walked by Alamo Square, and lo and behold, the Super Bowl 50 statue had been knocked over overnight. I think we've all been waiting to see when that would happen! Pretty hard to do given how heavy those things are supposed to be."

As if that wasn't enough, tipster Will G. let us know that the sign on Twin Peaks has been altered to read "Up R Bowel." 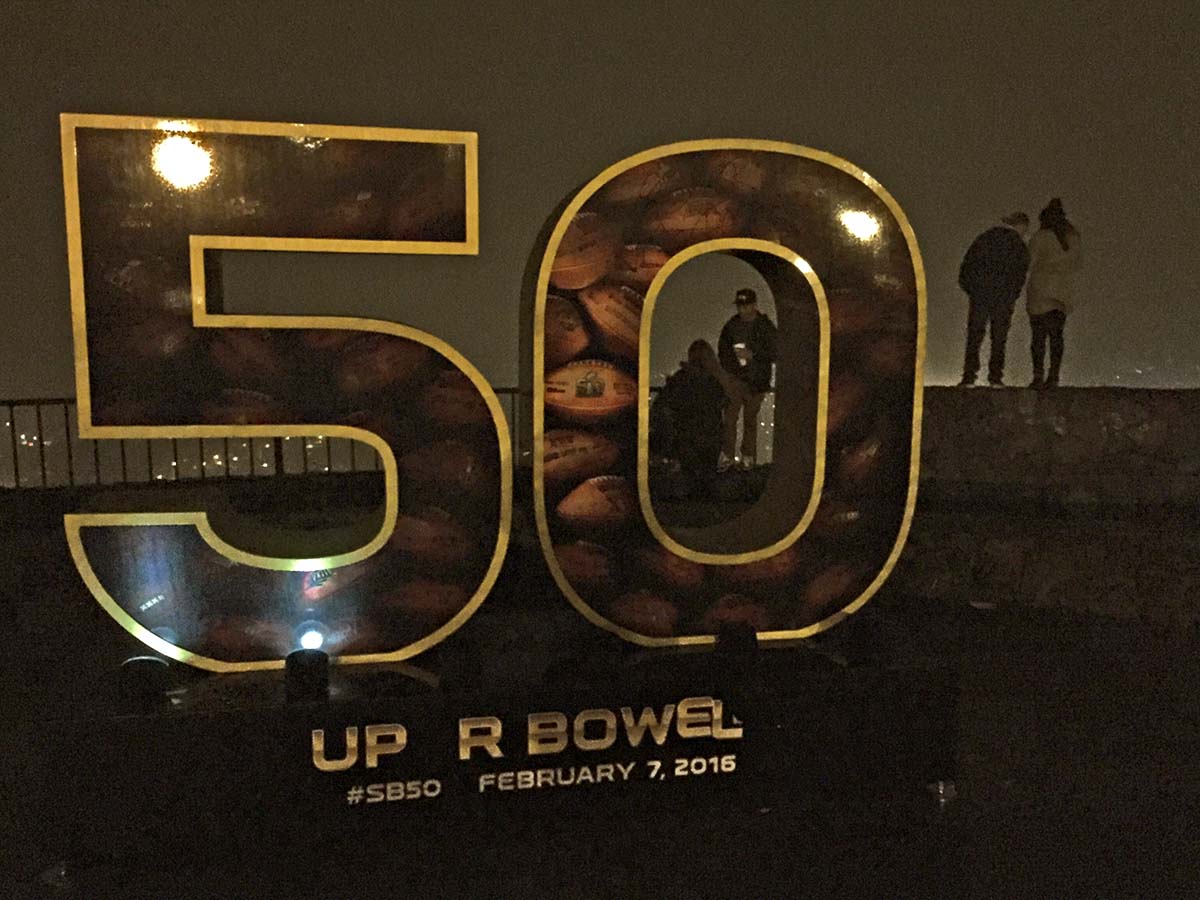