For those who live, work and frequent the city's center, witnessing mental and physical health crises unfold on the street is commonplace. But knowing if or how to respond—call 311? 911? Keep moving and try not to stare?—isn't always obvious.

That's the need that new smartphone app Concrn hopes to satisfy. With the app, people can report what you're seeing and where to a civilian response team—"when 911 isn't the best option," according to the company's motto. Once they're alerted of an issue in the Tenderloin, they'll send a trained volunteer crisis responder to assess the situation and assist the individual with whatever (nonviolent) issue is going on—whether that's a physical ailment, mental health or substance abuse problem or help accessing needed services.

This still-under-development app is the brainchild of Jacob Savage, a Palo Alto native who spent years working to become a police officer. In high school, Savage became a volunteer police cadet, riding around with his local police force in full uniform, he said. But after studying policing in college and realizing that corrections don't seem to correct, Savage says he had an existential crisis and abandoned the endeavor altogether.

Instead, he turned to music—which, after two years, led him to a music festival in Eugene, Ore. where he found CAHOOTS, a crisis intervention team that's contracted by the city to assist individuals when non-criminal matters are called in to the police. Intrigued by the idea of assisting the public without being "obligated to perpetuate unjust laws," Savage returned to the Bay Area to build something similar, he said.

As soon as Broke-Ass Stuart broke news of Concrn's app and Tenderloin street team last month, Savage and his small team quickly learned just how much demand there is for such a tool. Both their technology and tiny coalition of crisis responders were overwhelmed by the surge of requests they immediately received. 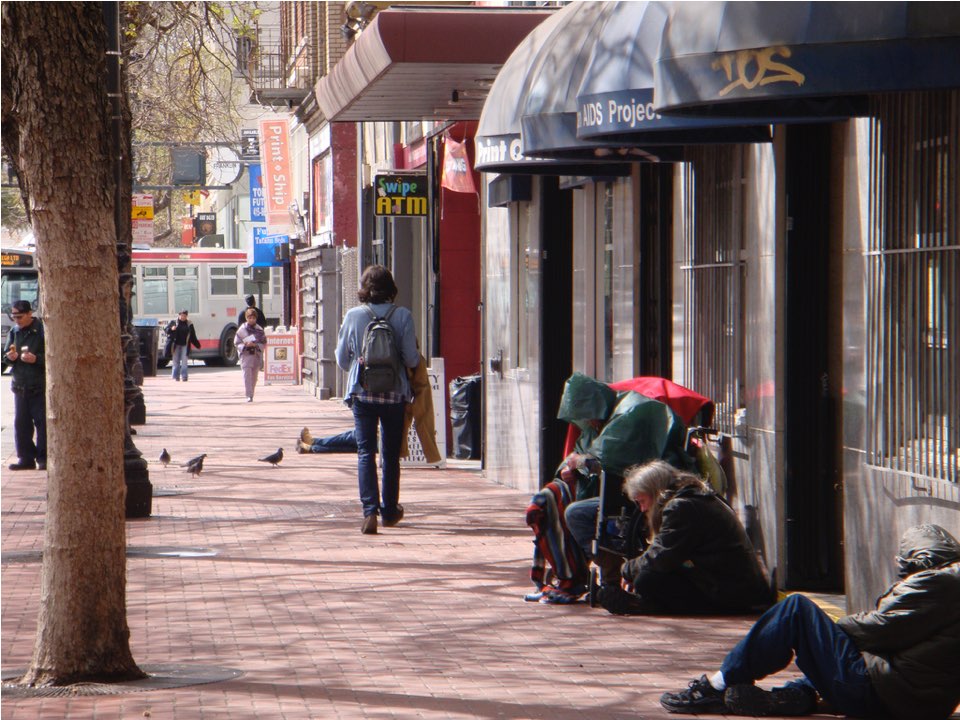 To shore up the technology and bolster their response capabilities, Concrn is hosting a hackathon and crisis response training this weekend at 717 California St. While they now have plenty of "cooks in the kitchen" to work on the app, Savage says volunteer crisis responders are still in high demand.

The training, 10am-2pm Sunday, April 3rd, is considered a 101 in compassionate response, and teaches volunteers "what to be conscious of and aware of when you're on the street," Savage says. More specifically, students learn techniques for approaching people in a way that's not authoritative, connecting individuals with services, de-escalating situations and creating space for people to go through their crisis and not suppress it for a later date.

However, street outreach is a lot like driving, he said; much of it can't be taught in class. The four-hour training is like securing a learner's permit. Once volunteers complete the day's curriculum, they're qualified to put on a Concrn T-shirt and shadow one of the trained responders to work with folks in need on the streets of the Tenderloin.

Concrn has also developed its own 100-hour certification program, which includes time in-class and on the street. Volunteers can periodically participate in the trainings to graduate to a "lead responder" for the service.

Those interested in taking Concern's training this weekend will need to pay $49. But a handful of scholarships are available, Savage says, and anyone who can't afford the fee is encouraged to apply.

As for the commitment level they're looking for from street team volunteers, Savage says they'd like scholarship recipients to dedicate three hours to crisis response each week. From those who pay the full fee, they're hoping to get at least three hours every other week. In addition to street-level outreach, weekly service hours can include behind-the scenes work, including following up with clients and partnering service providers and ongoing training sessions.

We'll let you know once Concrn's street team is staffed up and their iPhone, Android and web apps are back online. In the meantime, let us know what you think of this concept in the comments. Will you consider volunteering or using the app to seek help for people in crisis?

San FranciscoTenderloinMid-MarketCivic Center
About 16 hours ago