Grand View Park is a small, tree-topped peak that soars above rows of houses, interrupting the uniform grid layout of the Inner Sunset. At 666 feet, reaching the peak is a devilish climb, but the Bay views are well worth the effort. 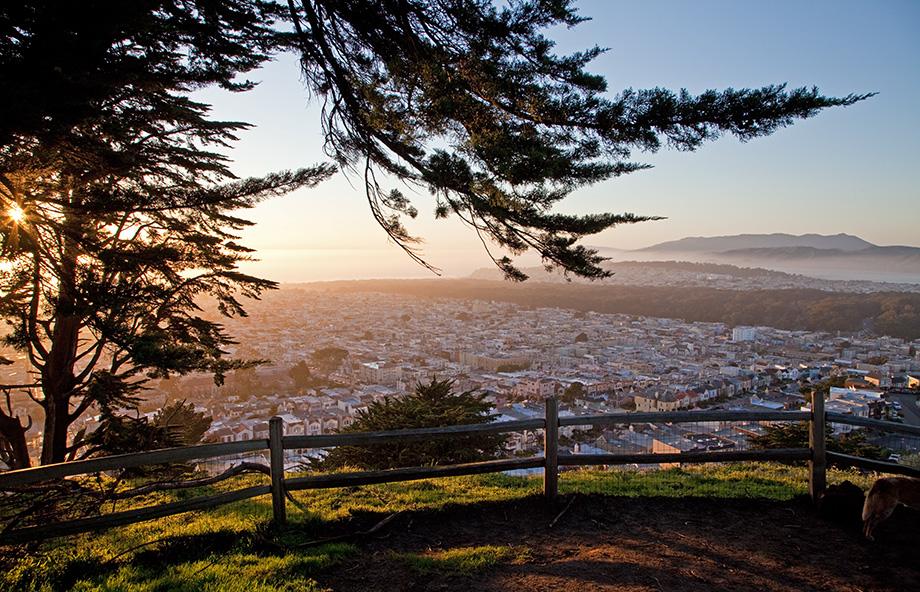 An expedition to the peak isn't just good exercise; it's also a lesson in natural history, as the summit is made from red Franciscan Chert, layered bedrock formed while this area was still at the bottom of the ocean floor 140 million years ago. Eucalyptus and Monterey Cypress trees said to be planted by John McLaren, the first superintendent of Golden Gate Park, stud the top of the hillside.

When it’s clear out, the panorama at the top encompass the Pacific, the East Bay, Daly City, and the Marin Headlands, not to mention parts of downtown San Francisco and the full length of Golden Gate Park. There's a bench at the top for those who want to sit and relax, but other than for 4th of July fireworks, there's rarely a crowd. Most visitors are locals who climb the steps for exercise and stretching at the top, teenagers gathering in small groups and, of course, photographers hoping to catch a beautiful sunset. 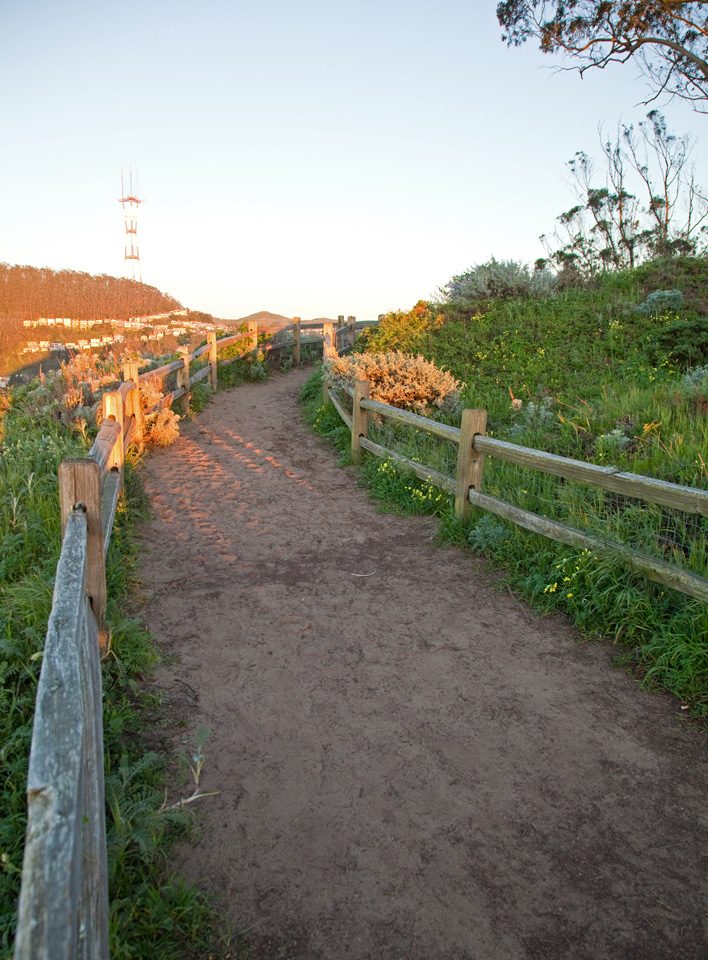 A sandy trail circles the top of the park, giving you more views of the City and the flowers that cover the hill. Turtle Hill is one of the last stands for native dune plants that once thrived throughout the rolling sands of the Sunset, including the endangered Franciscan Wallflower and dune tansy. The park is also home to beach strawberry, poppies and yellow bush (or tree) lupine, the yellow flowers that are blanketing the hillside at the moment. In spring, the Green Hairstreak, a small iridescent green butterfly, visits the park in search of mates.

Once common throughout San Francisco, this bright butterfly now survives in only two areas of the City: the Presidio and Golden Gate Heights. Turtle Hill and Golden Gate Heights are in an area known as the Green Hairstreak Corridor. The Green Hairstreak Project, managed by the organization Nature in the City, is dedicated to keeping the butterflies from vanishing by creating and maintaining habitat gardens that connect the two larger breeding areas within the Corridor. 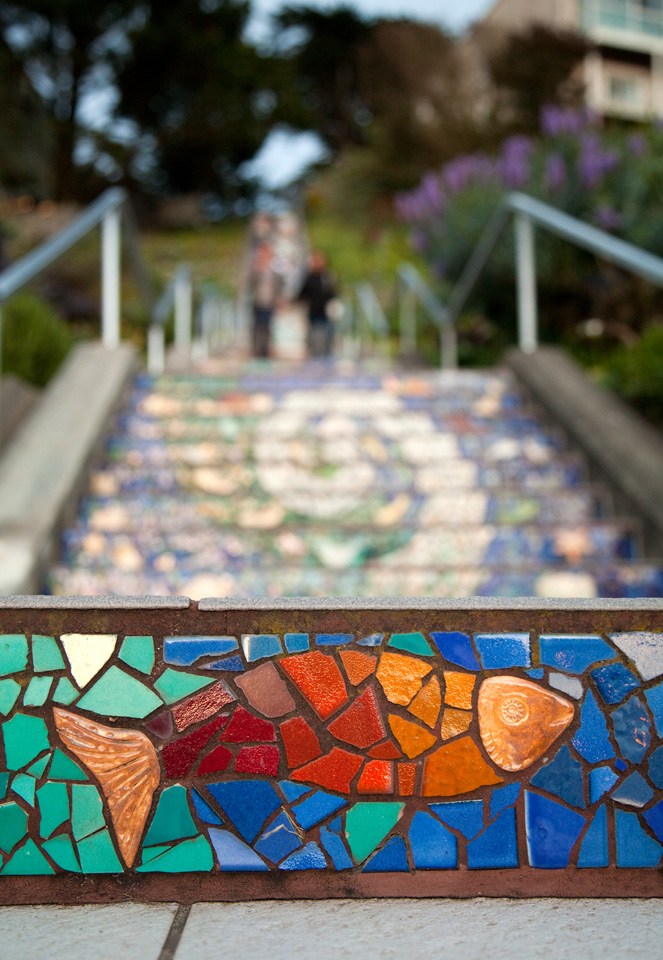 The most colorful and artistic path to the park starts at the 16th Avenue Tiled Steps (Moraga & 16th Ave.), which were renovated in 2005 with a mosaic that forms a sea-to-sky design. Climbers will make their way past designs that include shells, fish, turtles, birds and at the very top, the sun. A community project supported by residents and businesses, the handmade mosaics are fashioned from tile, stained glass and pieces of mirror. The steps lead up to 15th Avenue, where a wooden staircase leads to the summit.

Getting There Via Muni:

66-Quintara: disembark at 16th Avenue and Moraga, proceed up the stairs to the park.

28-19th Avenue: stop at Moraga Street, walk east along Moraga to 16th Avenue, then proceed up the stairs.

San FranciscoInner Sunset
About 8 hours ago

Hoodline
About 9 hours ago