The Forgotten History Of The Haight’s Long-Lost Ballpark

On April 3rd, Major League Baseball's 2016 season will officially kick off, with throngs of excited fans filling stadiums across the country. But on that very same date 129 years ago, in 1887, San Francisco's baseball fans were feeling the same excitement for a different opening day: the debut of the brand-new Haight Street Grounds. Also sometimes referred to as the California League Grounds, or just the League Grounds, the then-new ballpark was bordered by Frederick, Waller, Cole and Stanyan Streets. 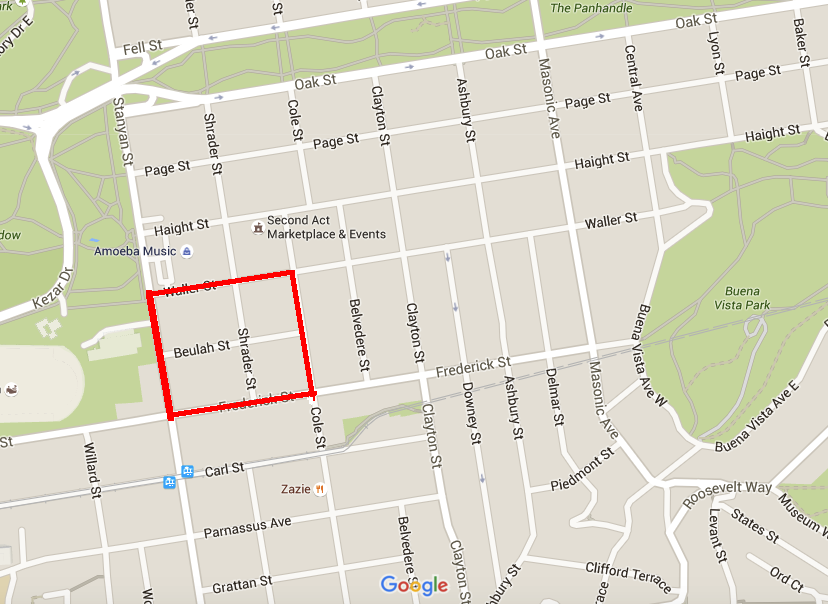 The history of San Francisco baseball can sometimes be difficult to pinpoint and validate, due to poor record-keeping and the loss of many documents and photos during the 1906 earthquake and fire. But historians do know that baseball was alive and well in San Francisco in the late 1800s—and the Upper Haight played a big role in that history.

Angus Macfarlane is one such baseball “treasure hunter,” a term he prefers to “historian." A lifelong San Francisco resident, Macfarlane grew up at Haight and Ashbury, played baseball in his youth, and worked as a juvenile probation officer for 30 years. Now 68 and retired, he spends his days learning as much as he can about baseball’s past, especially where it intertwines with San Francisco's history.

The history of where baseball started in the city is really “nonexistent,” said Macfarlane. “Baseball was a product of evolution. San Francisco didn’t have much of a population before 1848, when gold seekers came out. The earliest documented games played in San Francisco were in 1851, but it’s my feeling—and others share this feeling—that baseball came out as early as 1848." It wasn’t until 1860, though, that the “first complete game report” (including players, scores, etc.) was recorded.

According to Macfarlane's research, baseball parks began to sprout up in San Francisco in the late 1860s. By the 1880s, there were two major fields: Central Park (established in 1884), and the Haight Street Grounds (established in 1887). They were home to the semi-professional teams of the California League. 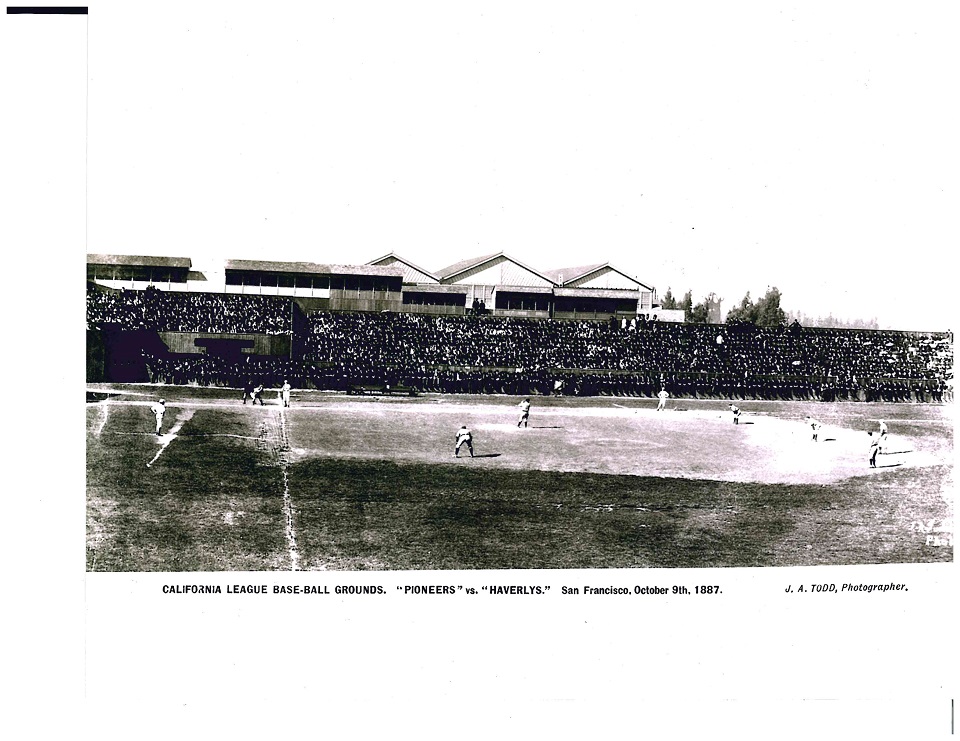 When the Haight Street Grounds debuted in 1887, the California League had four teams: The Pioneers, The Haverlys, The Altas and The Greenhood & Morans. The California League was one of “the first stumbling steps towards true professionalism" in city baseball, said Macfarlane, with some players even using it as a stepping stone to the "major leagues" back East.

The California League teams originally played at Central Park, located at Eighth and Market streets, and owned by Daniel R. McNeil. At the time, baseball was undergoing a transition from an “amateur game to a professional one,” said Macfarlane, and McNeil, the field's owner, began demanding a huge cut from the games, setting terms and conditions to which the California League objected.

“[The League] understood that McNeil had an overhead to meet,” said Macfarlane, but they thought he was going too far. They eventually made the decision “to drop McNeil and his excessive and arbitrary demands, and establish their own park, in order to operate on their [own] terms.” And so, the idea for the Haight Street Grounds was born. 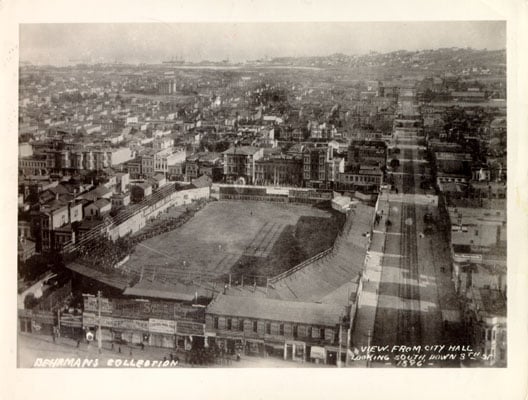 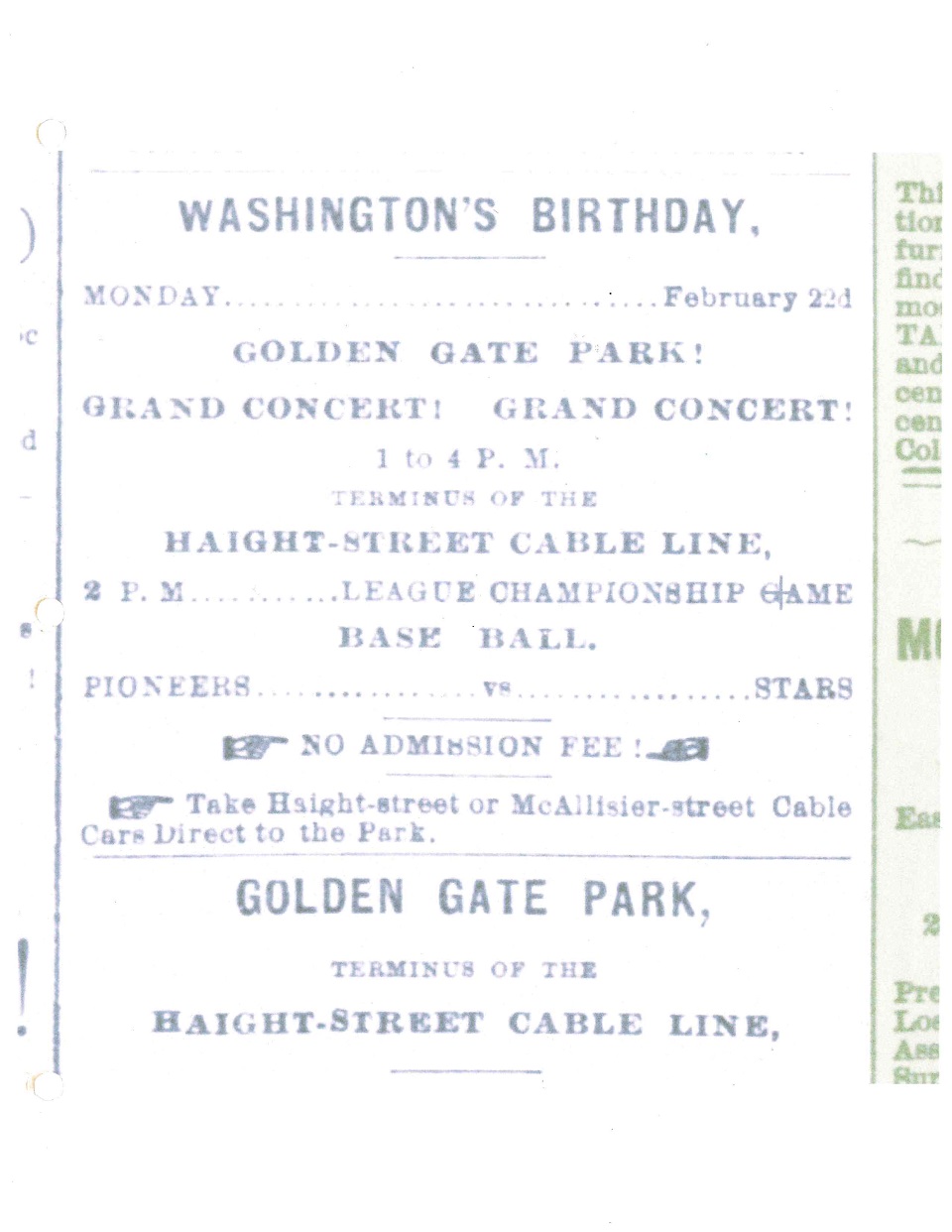 On Washington's birthday, February 22nd, 1886, the League held a “‘test” game at the future site of the Haight Street Grounds. It was a success, and so they made the decision to move the League to the Upper Haight—a decision influenced by the cable car lines that went straight down Haight Street to Golden Gate Park, making it convenient for fans to travel.

The cable car connection wasn’t a coincidence: Charles Crocker, one of the “Big Four” businessmen in California and the chief contractor of the Central Pacific Railroad, owned the cable car system, and he also owned the land that the California League eventually leased for the Haight Street Grounds. 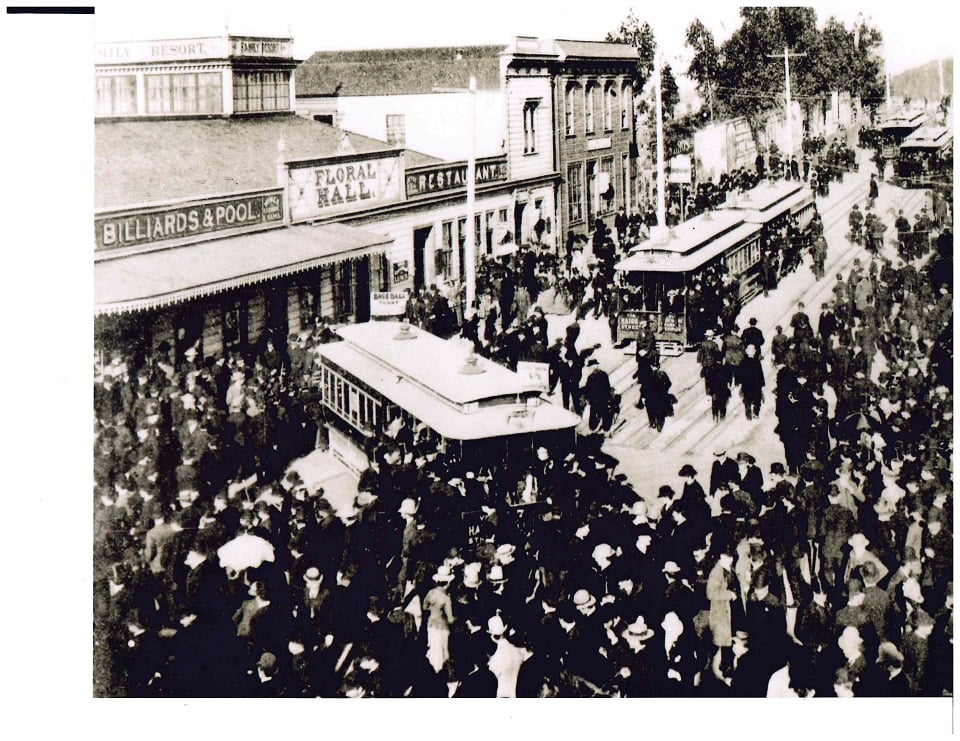 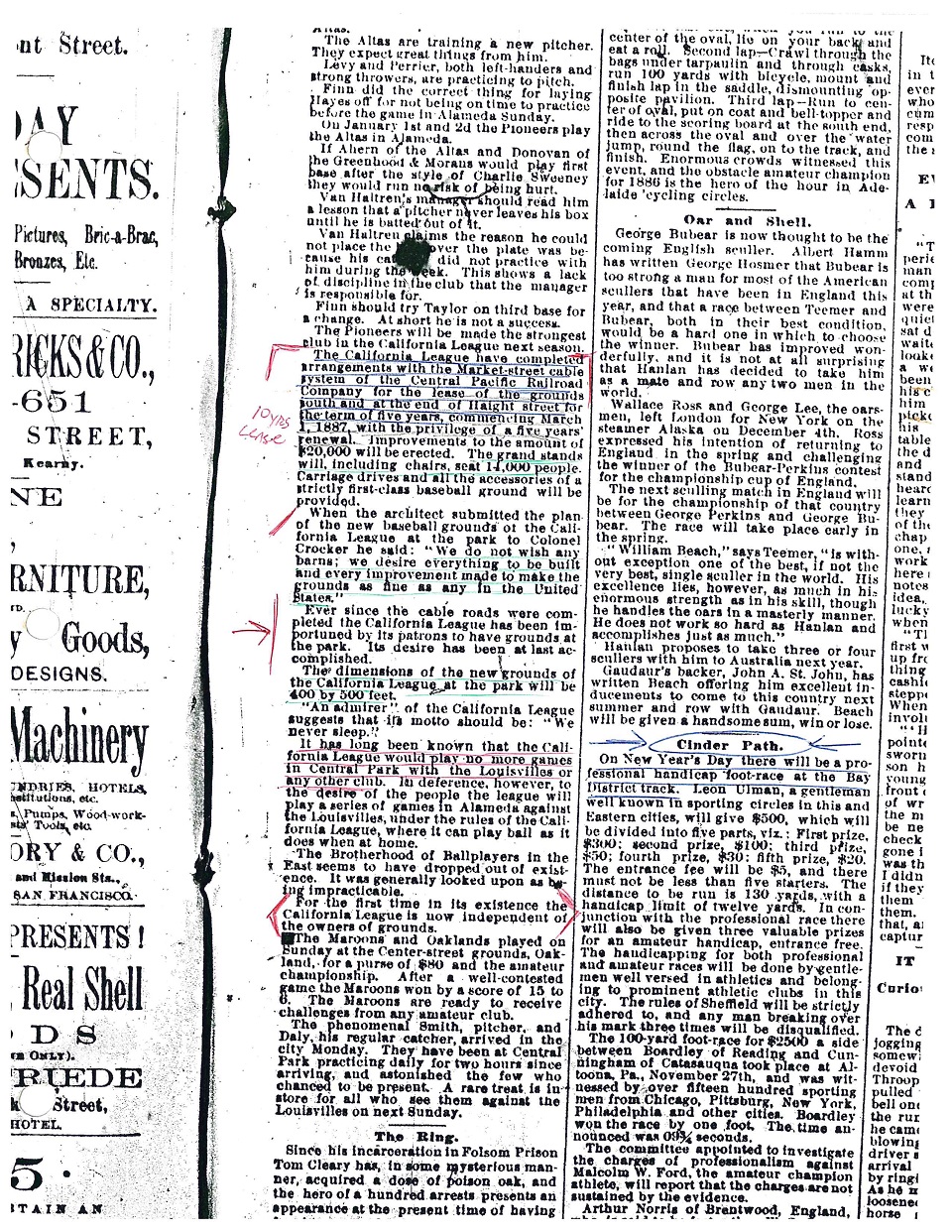 On that first day in April 1887, the Haight Street Grounds featured the Haverlys versus the Pioneers. It’s estimated that 10,000 people showed up, watching “the Haverlys beat the Pioneers in a 10-inning game, 5 to 4.”

From there, the crowds only grew. The Haight Street Grounds were estimated to hold 14,000 to 15,000 people, but they could accommodate even more for the biggest games. “The biggest crowd they had, paying to get in, was 22,000 ... who came to a championship game,” said Macfarlane.

The cost of entry was an enviable 25 cents a head, and ladies were admitted for free. Teams generally played there once a week. 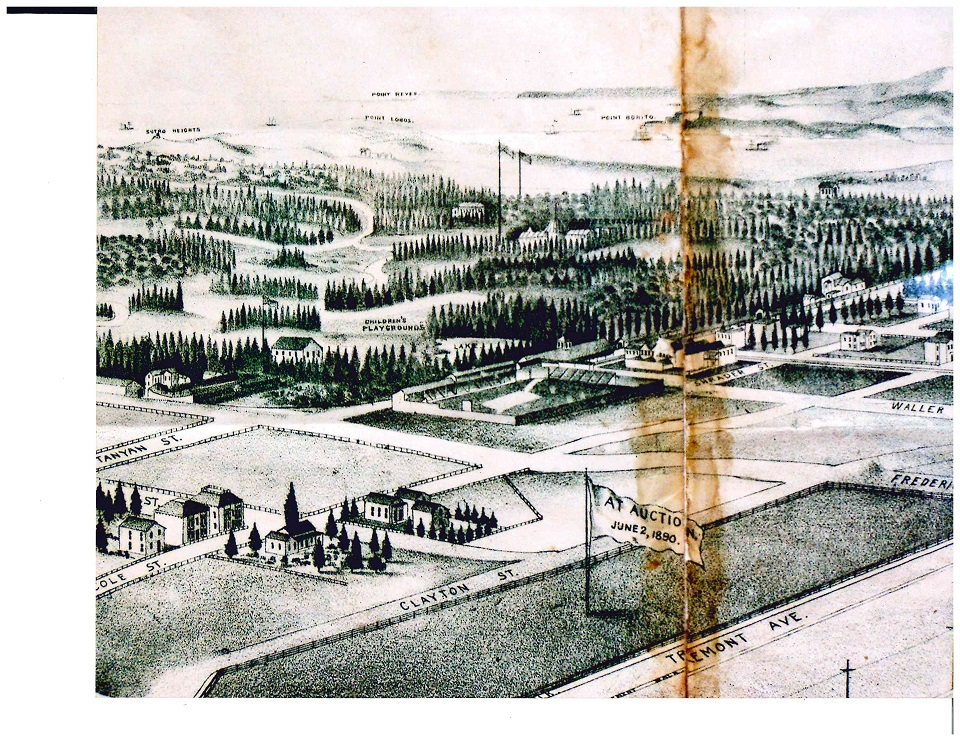 In addition to hosting California League baseball games, the Grounds also hosted football games for UC Berkeley and Stanford in the early 1890s, before either of the academic institutions had their own stadiums. The first four face-offs between the two teams, which would later become known in college football as the “Big Game,” were played at the Haight Street Grounds. 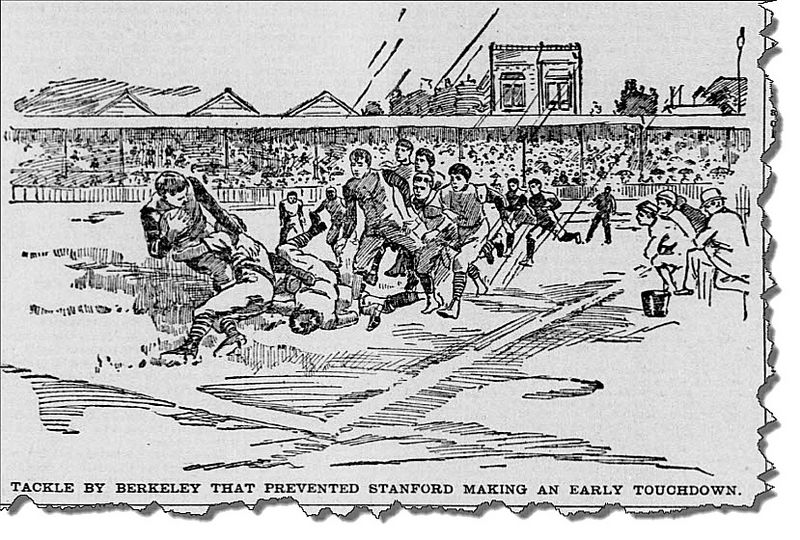 The popularity of the Haight Street Grounds sparked some animosity from Central Park, as it seriously impacted the older park's bottomline. So at the end of the 1887 major league season, McNeil, Central Park's owner, decided to bring in professional teams from the East Coast, in hopes of drawing back the lost crowd. He secured the St. Louis Browns, the Chicago White Stockings and the Philadelphia Phillies.

In response, the Haight Street Grounds brought the New York Giants to San Francisco to play at their field in November 1887, marking the first (but certainly not the last) time the team would play in California. One fun fact: The Giants' Roger Connor, who was on the roster at the time of the Haight Street Grounds games, held the league's home run record (138) for decades, finally being surpassed by Babe Ruth in 1921. 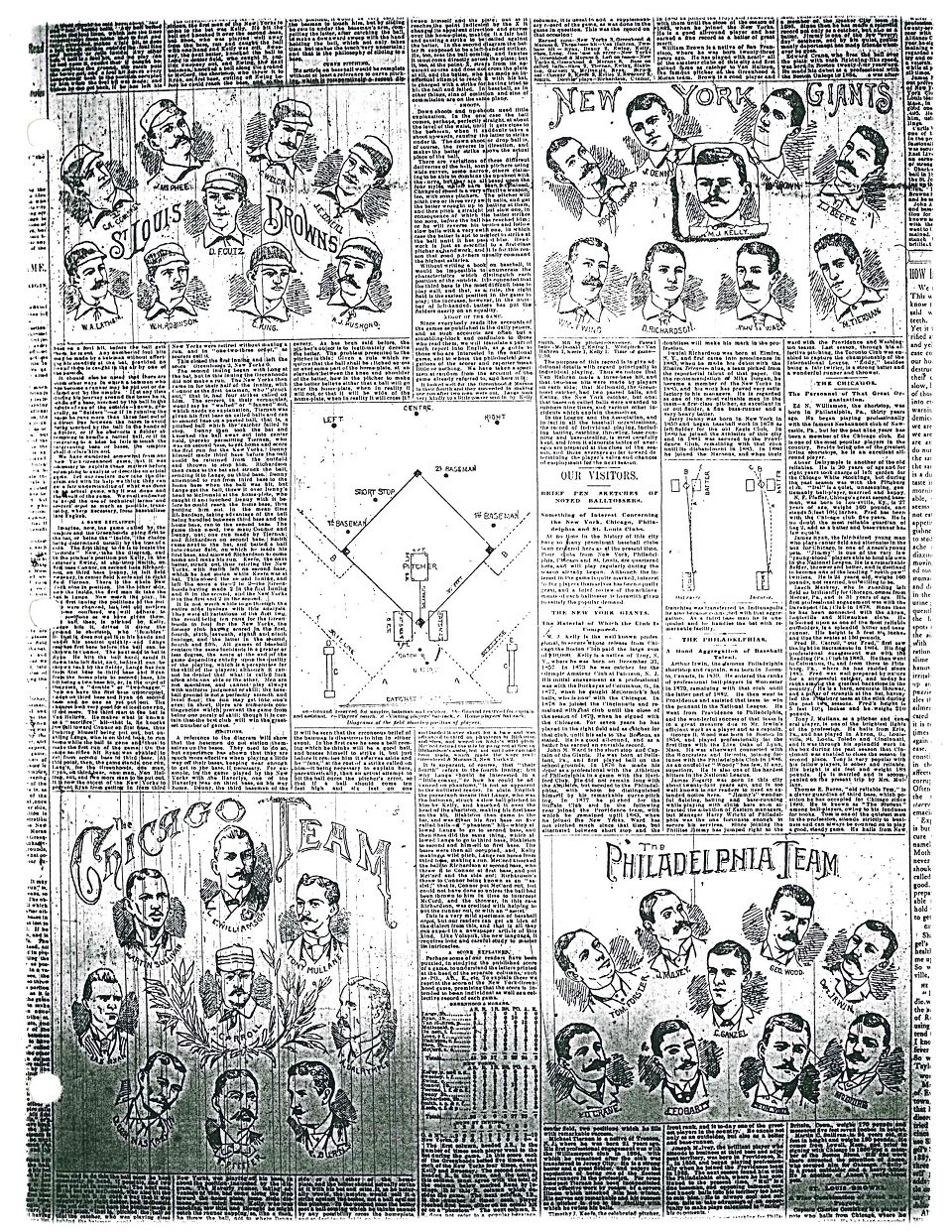 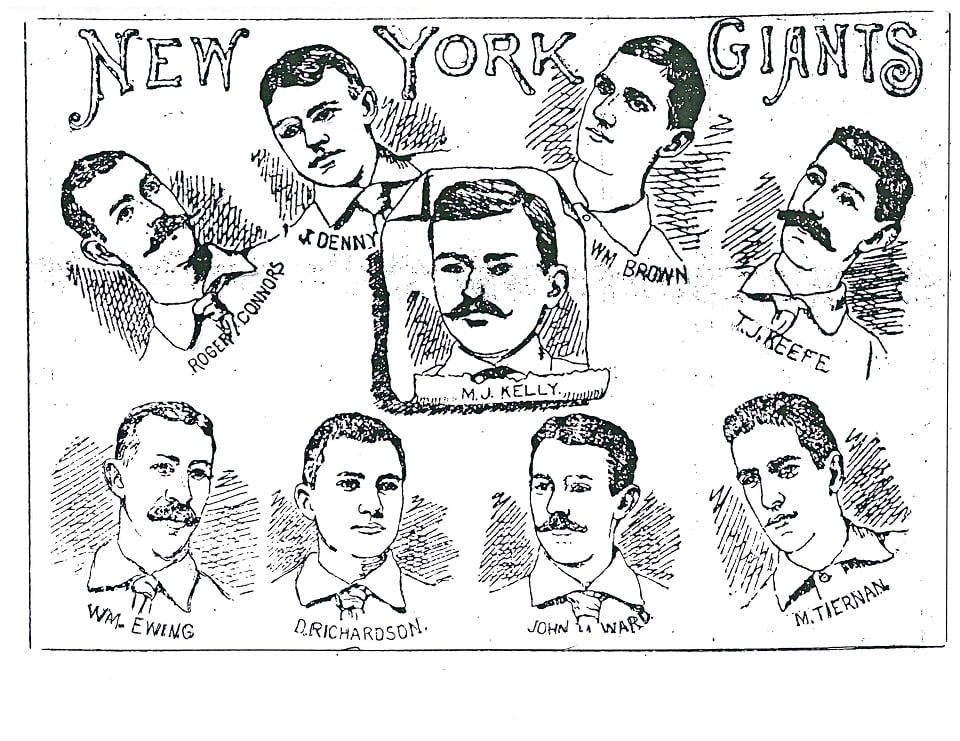 It was a park that was literally fit for a king: the King of Hawaii, King Kalakaua, attended a game at the Grounds on December 20th, 1890. On that day, "the directors' box was reserved for King Kalakaua and his party and was prettily decorated in front with the Hawaiian standard and evergreens," wrote the Daily Alta California. "The grand stand and boxes were filled with ladies and their escorts, while the bleachers were crowded with the devotees of the national sport." 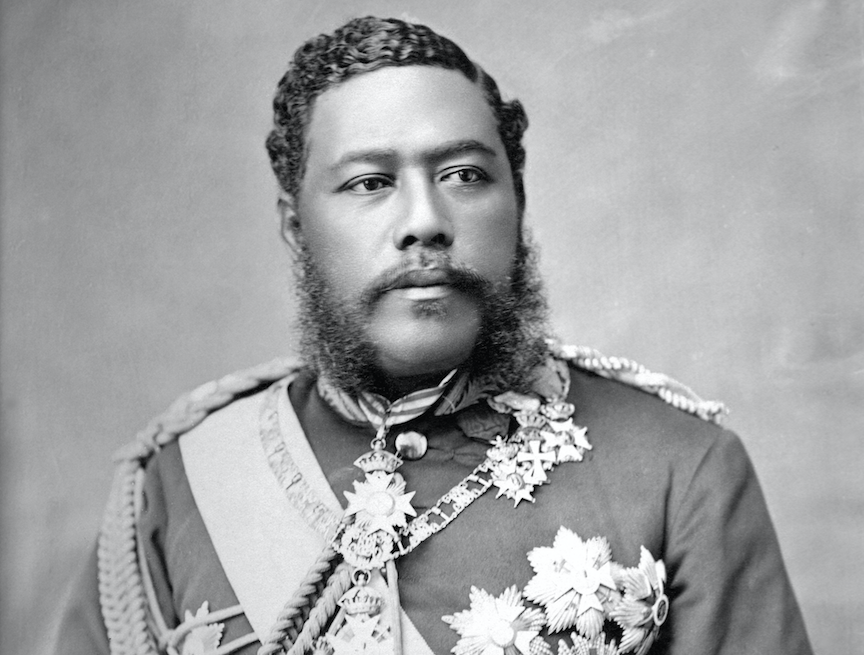 The good times began to come to an end in 1890, when America underwent an economic collapse, which peaked in 1893. That same year, the California League ceased operations, and the Haight Street Grounds lost its biggest financial backer. It managed to stay in business for a few more years, welcoming some out-of-town teams, such as the Boston Beaneaters of the National League, to use its facilities.

The last game at the Haight Street Grounds was held on March 9th, 1895. Almost immediately afterward, the land was auctioned off as plots, and water lines and sewer systems were put in for new residences. The area began to resemble the one we know today. 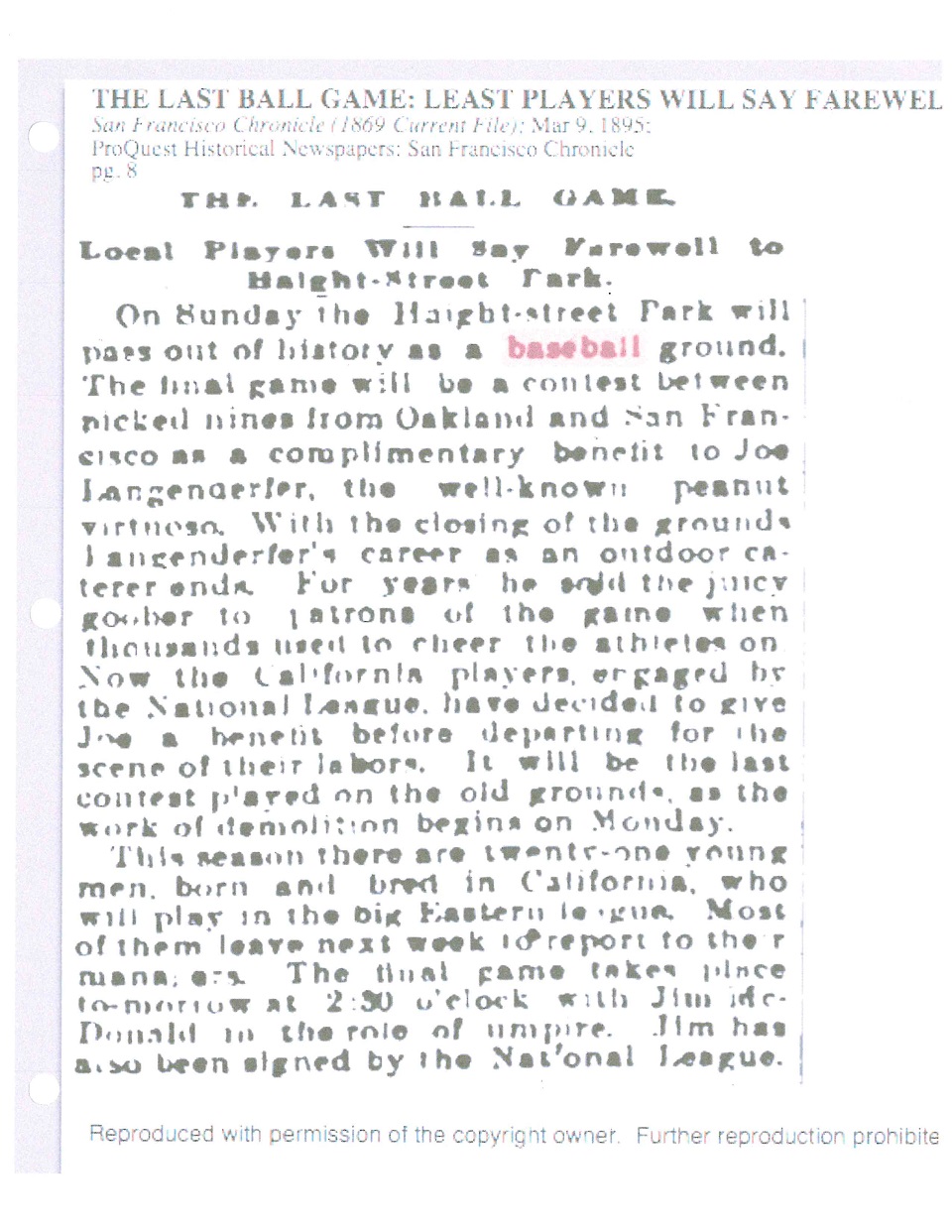 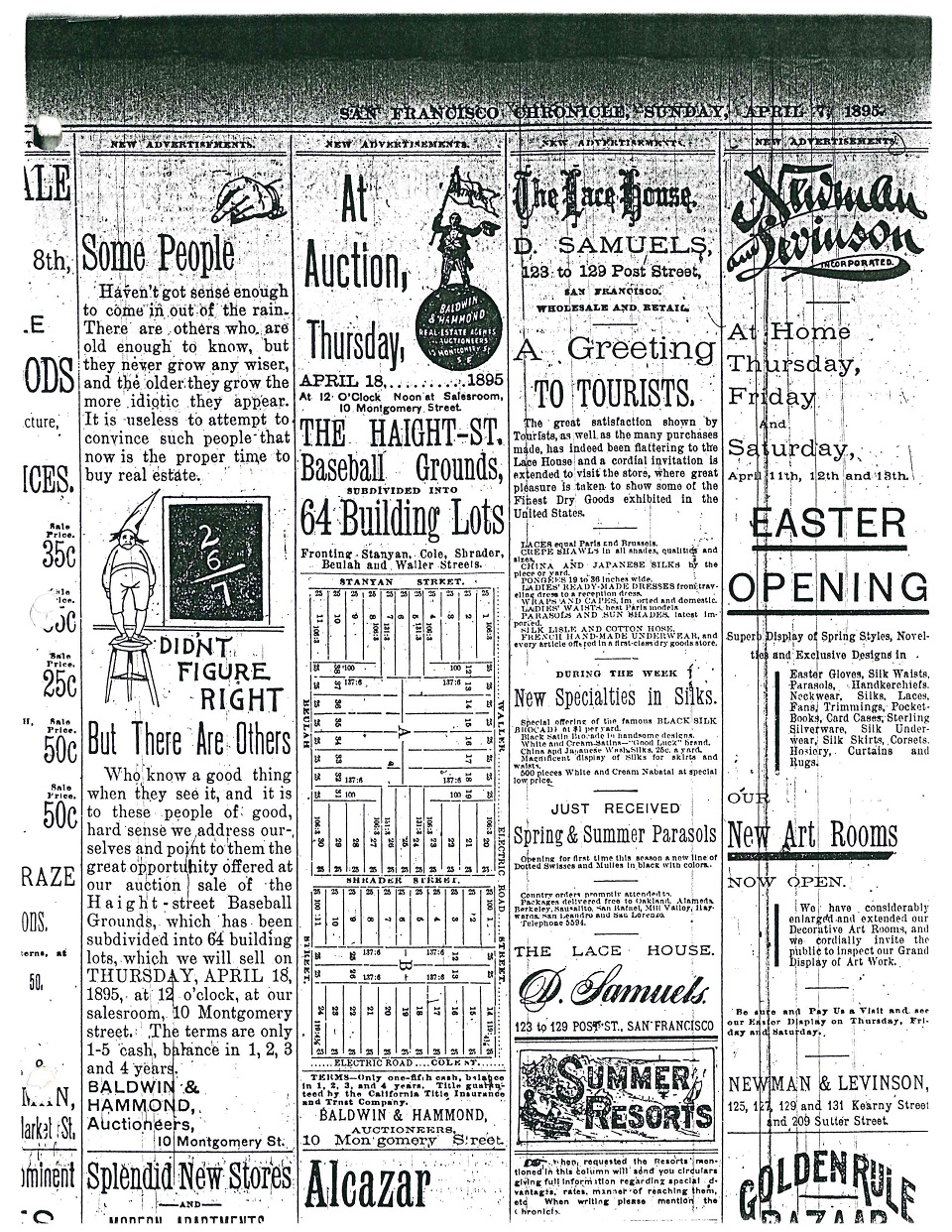 “[The Haight Street Grounds’] impact on the Haight of today is really minimal," said Macfarlane. "It was always kind of an outgrowth of the popularity of Golden Gate Park; that’s what drew the attention of the California League officials. People [were] already going [to the park] and cable car lines [were] already being put in to handle the demand.” The Grounds were a natural fit with the area. But while the Haight Street Grounds have long disappeared, their place in baseball, San Francisco and Upper Haight history is secure. That's largely thanks to “treasure hunters” like Angus Macfarlane, who sift through the fog of San Francisco history to help make it a bit clearer for the rest of us.